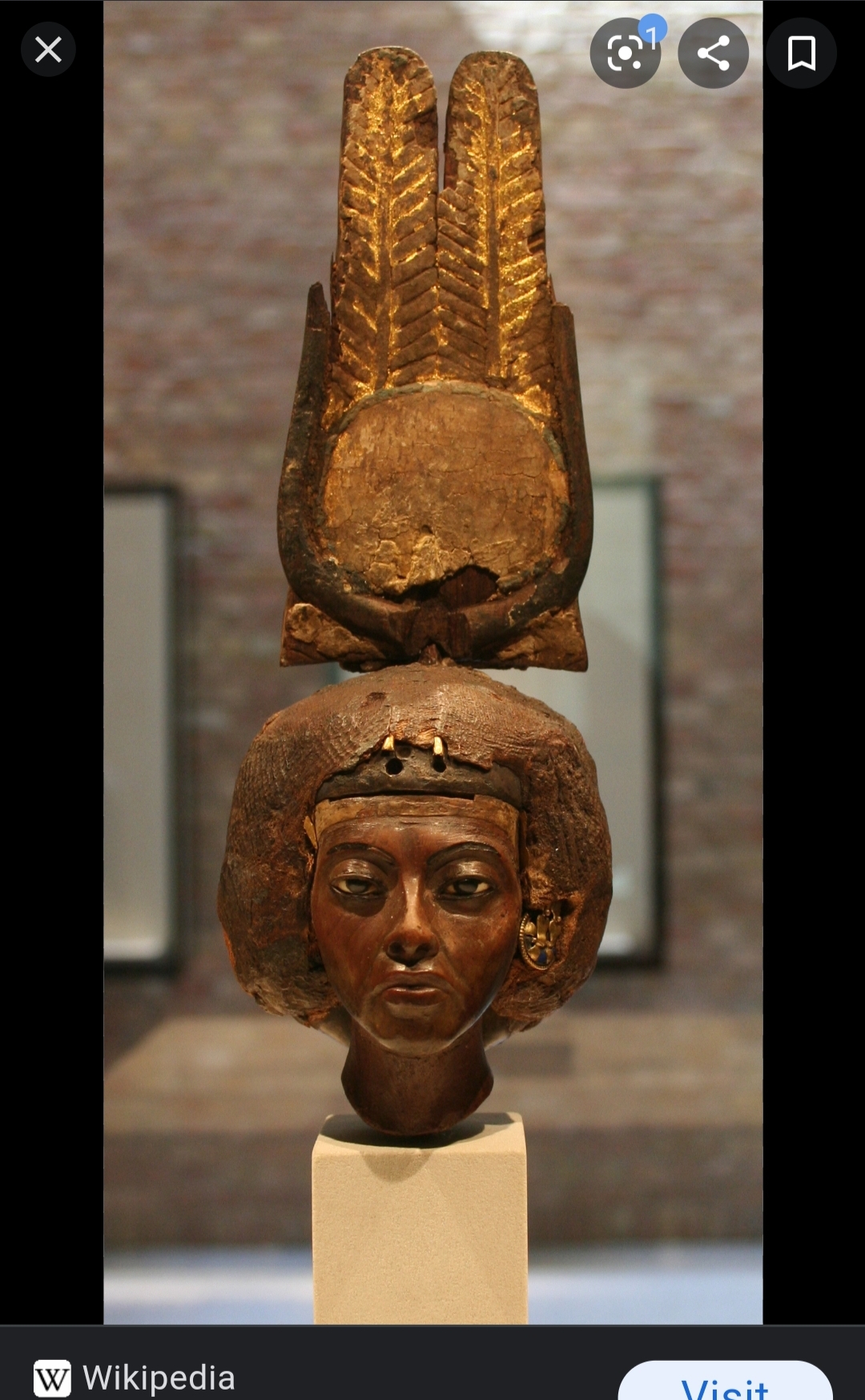 One of the Most Powerful Matriarchs in Egyptian History

Tiye’s life is even more remarkable than can be summed up in a few simple words. From the very beginning, she was different from other powerful Egyptian queens in a multitude of ways. The most important (in my own opinion)? Tiye wasn’t an immediate member of the royal family. As is commonly known, many pairs of pharaohs and queens in Egyptian history were brother/sister pairs. However, Tiye was not her husband’s sister. She may have been a second or third cousin, but was unlikely to have been closer related to him than that if she was related to him at all.

Tiye’s parents were named Yuya and Tuya. Her father, Yuya, was a high ranking official within the court, but how they were related to the Pharaoh’s family exactly is not known for certain. Until the discovery of Tutankhamun’s tomb, Yuya and Tuya’s joint tomb in the Valley of the Kings was the most intact of any tomb discovered in Ancient Egypt. Some scholars have pointed out the names Yuya and Tuya are not the traditional Egyptian names, and may point to their origins actually being from Nubia, which would also help explain how Tiye became so influential in her own right (to say the Candaces of Nubia were a group of bada** female rulers would be an understatement, but that’s a discussion for another day, just click the link to read about Amanirenas here and then come back and keep reading about Tiye). Some scholars also believe Tiye’s brother may have been the influent vizier turned pharaoh himself, Aye, but this has never been definitively proven.

Tiye was most likely betrothed to the Pharaoh from the time they were both children (Amenhotep most likely became Pharaoh when he was still a child between the ages of seven and twelve). Tiye was also educated well and some sources state she had her own library (a queen going after this historian’s heart!).

Tiye was married to the renowned pharaoh Amenhotep III. Though exact dates are hard to quantify considering they lived around 3,300 years ago, some scholars believe Tiye and her husband reigned over Egypt together for as many as thirty-eight years; a staggering time period considering how long ago this was. An exact date for the wedding is unknown, but it is possible Tiye and Amenhotep married when they were both still young; possibly as early as the second year of Amenhotep’s reign (meaning he was anywhere from eight to thirteen years old at the time and Tiye was probably eleven or twelve herself) or maybe even before he became pharaoh. This helps explain how they were able to rule together for so many years.

Throughout his thirty-eight-year reign, Amenhotep celebrated three jubilees. These celebrations were held to do just that, celebrate the Pharaoh and his continuing reign over the empire. Many Pharaohs failed to survive long enough to have one jubilee, and yet here was Amenhotep with three. Tiye was an integral part of all three celebrations, which included various religious and social ceremonies throughout. Tiye is the first Egyptian Queen scholars have been able to prove actively participated in an Egyptian jubilee.

Amenhotep and Tiye are known to have had six children together; four daughters and two sons. Soon after the wedding, Tiye was elevated to the position of Great Royal Wife, and it seems the love Tiye and Amenhotep shared was genuine. After Amenhotep’s death, their daughters disappear from the historical record. Their son Amenhotep IV, however, is one of if not the most infamous pharaoh in all of Egyptian history. You probably know him better by his later throne name, Akhenaten.

Amenhotep’s reign is one of the most documented in all of Ancient Egypt, and Egyptologists have uncovered around 250 different buildings, temples, monuments, palaces etc. that were constructed throughout his rule. There are also many murals and other carved depictions as well as letters from his reign that survive as well. These surviving artworks are a fascinating display of how Tiye’s power and influence shifted throughout the years of her husband’s reign. In the beginning, Tiye was smaller, more diminutive, and always bending to her husband’s will. Nearer the end of his reign, Tiye is depicted as taller, with more details added and more emphasis included. She had shifted from simply the Pharaoh’s wife to a powerful queen in her own right.

Among the other references and evidence to Tiye’s growing influence are the Amarna Letters. These letters were discovered in Amarna and are a fascinating look into the foreign affairs of the Egyptian court. In these letters, we find that other courts like the Mitanni note Tiye by name and make reference to her own intelligence and might in her own country. Other letters indicate Tiye was communicating with the Mitanni king in his own language, Akkadian, so her education may have been even more extensive than previously thought.

Tiye outlived her husband by several years, though exactly how many is unknown today. She has been identified on carvings dating to around the twelfth year of her son Akhenaten’s reign. When Tiye’s son radically overhauled Egypt’s religious life to create his quasi-monotheistic state, Tiye seems to have gone along with his new ideas. Most believe she didn’t agree with his new religious associations, but she supported him because she saw the political might behind the move. For years the priests of Amun had been gaining power throughout the country, and by stripping them of their power and moving the god Aten and his cult into an even higher position, Akhenaten was reminding the priests of Amun he was the true power in the country, not them. During this time, Tiye also continued her personal correspondence with the king of the Mitanni, completely independent of her son.

Tiye’s death marked a sudden shift in Akhenaten’s reign. He nearly completely gave up on all foreign policy and withdrew into himself and his own palace at Akhetaten (present-day Amarna). This was bad for Egypt for a variety of reasons, including the loss of territories the empire had held for many years as well as the Hyksos to the north growing in might because Egypt was no longer there to hold them in check.

Though her tomb itself has yet to have been found, Tiye’s mummy has. Her husband, Amenhotep, was buried in a lavish tomb that was looted soon after his death. Priests were able to relocate his mummy to keep it safe, and in 1898, Amenhotep’s mummy was located and identified in the tomb of his grandfather Amenhotep II. Another female mummy with long flowing hair was also discovered in the tomb. Originally known as “The Elder Lady”, the mummy was finally proven through DNA analysis to be Queen Tiye herself (though at some point after her death, her mummy’s abdomen was eviscerated). As National Geographic puts it, Tiye was “reunited in death with her husband.”

Tiye’s influence and power she wielded over Ancient Egypt is unmistakable, mighty, and awe inspiring. She paved the way for future women like Cleopatra VII, Tawosret, and many others outside of Egypt as well. Today she is remembered as the matriarch of the eighteenth dynasty, but she was also an incredibly intelligent and brave queen.