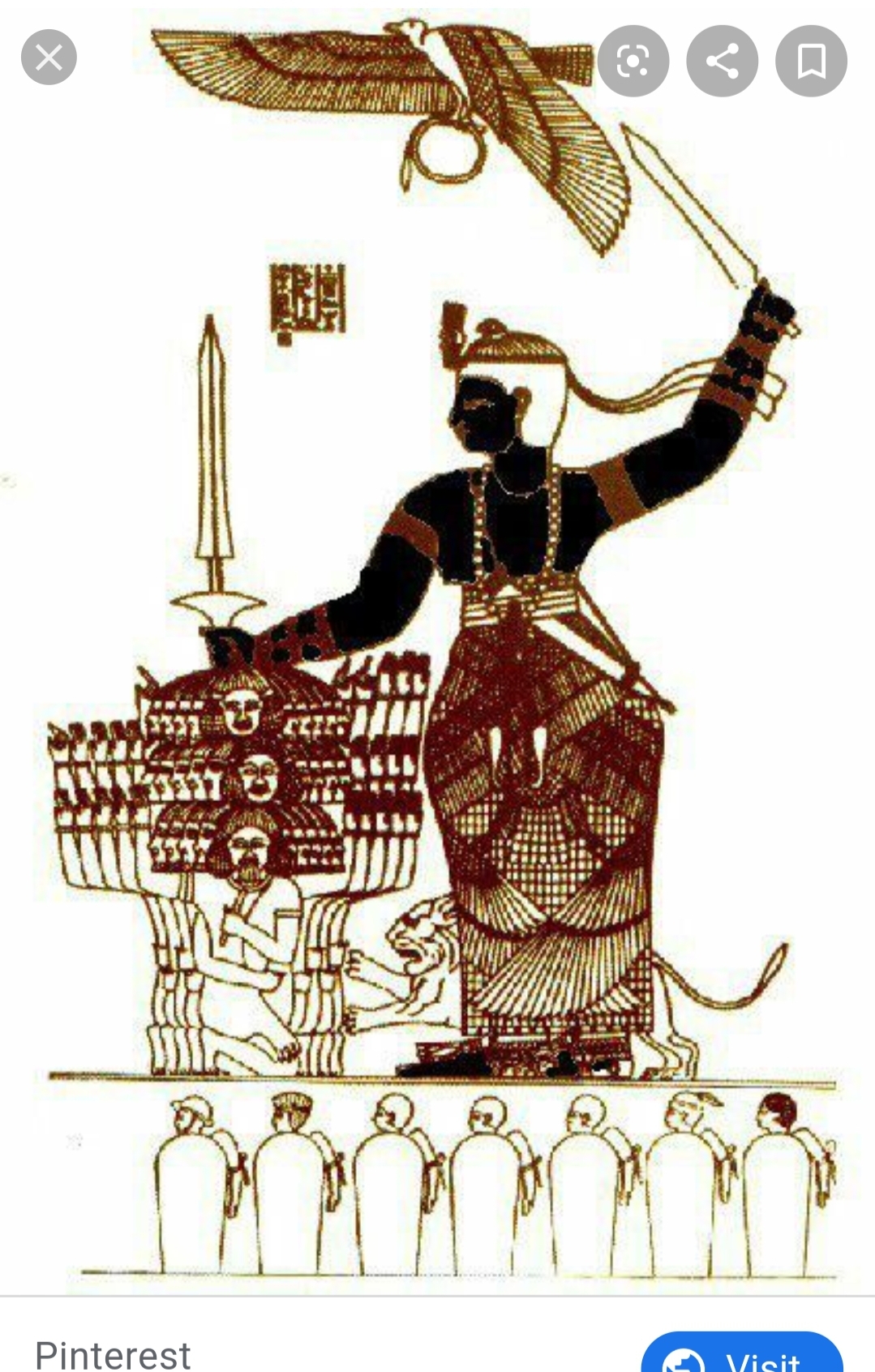 Amanirenas fought back to drive the Romans from her land after they conquered Egypt. Kush was just south of the toppled empire, and Amanirenas was not about to let what happened to her Pharaonic neighbors happen to her own people.

She was purportedly blind in one eye (she lost the sight after her eye was put out in battle). Amanirenas was a Kandace, which is the closest equivalent to a queen who ruled in her own right.

Instead of waiting for Rome to come for them after Cleopatra and Antony’s defeat, Kush pushed forward and quickly overtook several Roman cities expanding their borders. Amanirenas’s husband died early on and left her and her son in charge. They defaced most of Augustus’s statues for good measure.

But then Rome pushed back all the way to destroying Kush’s capitol city and selling thousands into slavery. However, Amanirenas didn’t take it lying down and pushed back herself. Before long Rome gave up and went home. The Kushite Empire flourished for another four hundred years, before it died out completely. Their ruins went largely unstudied until the 1900’s, when interest in the Kushites was peaked again.

To this day the Kushite hieroglyphs haven’t been translated so historians have no idea how the Kushites actually felt about anything. Information about the Kushite Empire mostly stems from the Greek Historian Strabo and the Romans Cassius Dio and Pliny the Elder.