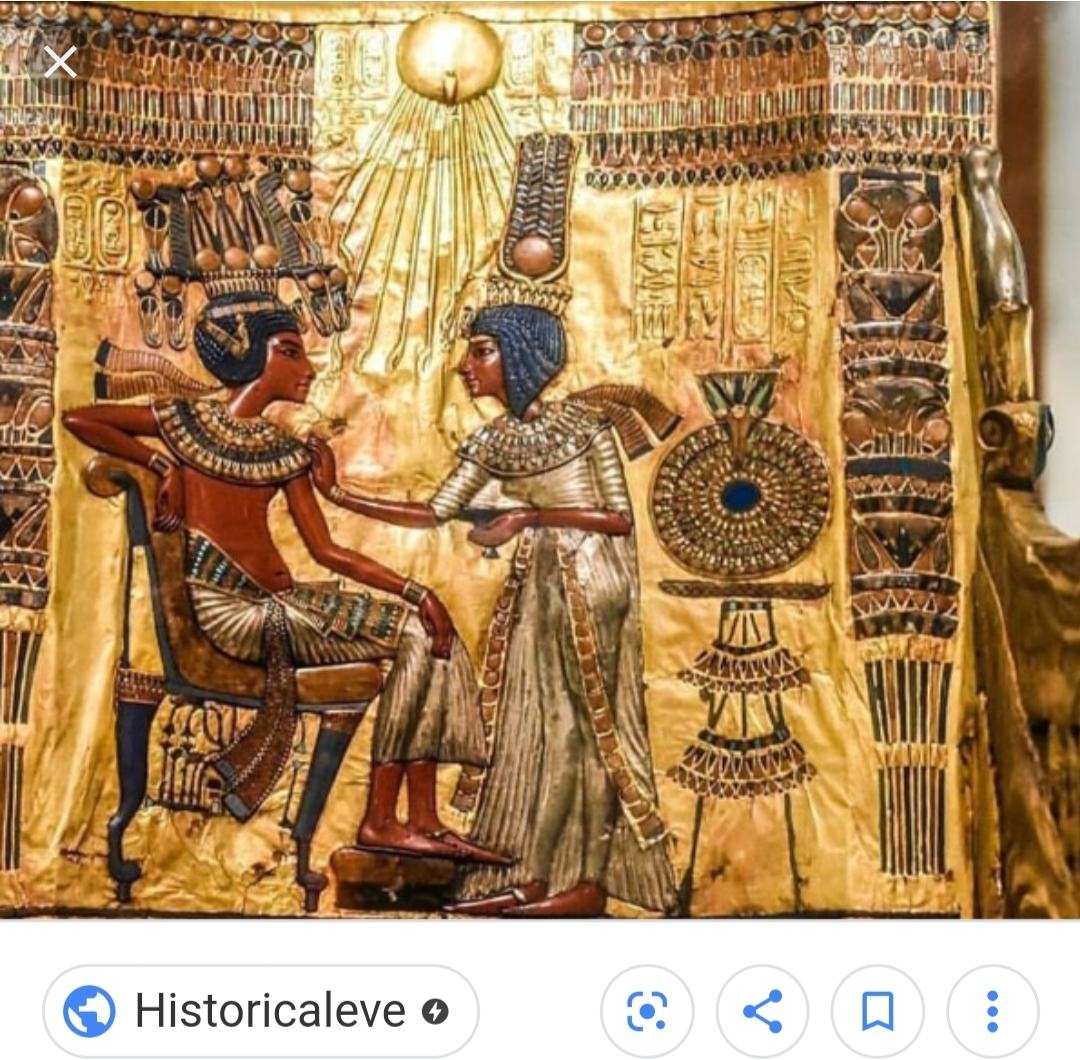 Egyptian Queen and Sister-Wife of Tutankhamun

In January of 2018 Zahi Hawass began a quest to uncover her royal tomb, but so far, no results have yielded.

She may have been married to her father before she married her half-brother Tutankhamun.

During her youth, Ankhesenamun was actually named Ankhesenpaaten (She Lives Through Aten) but after her brother-husband Tutankhamun (who had previously been Tutankhaten) changed the state religion back to polytheism from their father's more monotheistic reign, Ankhesenamun changed her name to reflect the change. Her new moniker meant "She Lives Through Amun"--to learn more look at her sister Meritaten’s entry—or research the Amarna Period).

Ankhesenamun married Tutankhamun when she was around thirteen and he was eight or nine. Ankhesenamun may have given birth to Tutankhamun’s two stillborn daughters found mummified in his tomb.

After Tutankhamun died, Ankhesenamun most likely married his successor Ay—who was also most likely her grandfather (her mother Nefertiti’s father).
A record of correspondence between an Egyptian Queen and the King of the Hittites at around that time time survives and most attribute the queen in question to being Ankhesenamun.

The writing is of the queen begging the king of the Hittites to send her one of his sons so she can marry as she had no son of her own and no one to take the throne—if Ankhesenamun wrote the letter it would seem she was trying to avoid marriage to Ay.

The King of the Hittites did send one of his sons, but he never arrived and was most likely killed by Horemheb—the general who would become Pharaoh after Ay’s death (and also the one who tried to wipe out any mention of Akhenaten and his family—he was a little touchy on the whole religious upheaval thing).

If Ankhesenamun was married to Ay no mention of her survives in his royal tomb and any evidence after the writing of the Hittite Letter is nonexistent at this time.

Zahi Hawass’s dig was funded by the Discovery Channel and began digging in the Valley of the Monkey’s near Ay’s gravesite in January of 2018. If any more information about this reclusive queen turns up, I will update the listing here accordingly.