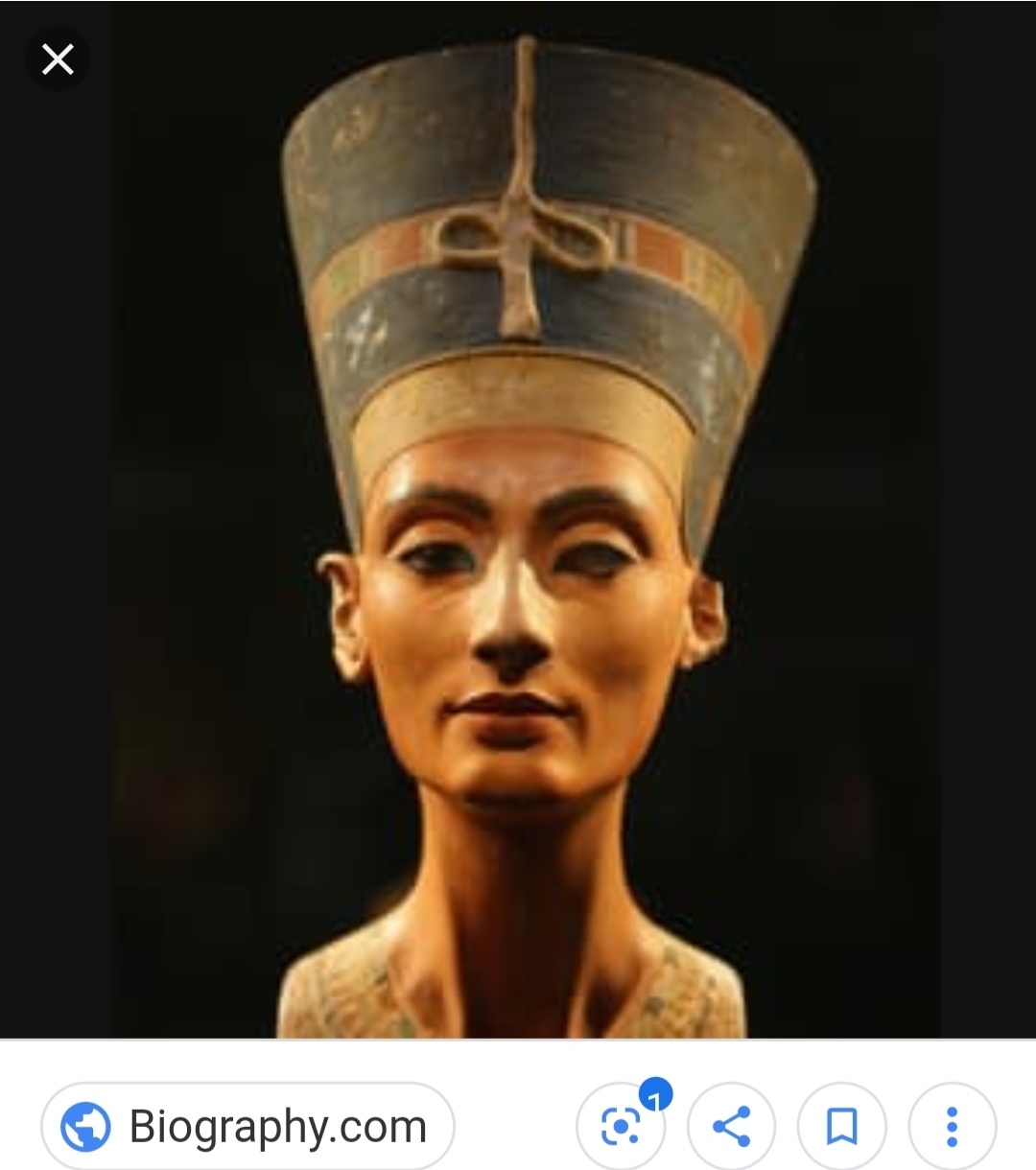 Her name means “Beautiful of the Beauties of Aten, a Beautiful Woman has Come.”

Nefertiti is one of the most iconic figures from Ancient Egypt thanks to her alluring bust (and by that, I mean statue of her head and not…you know).

It is believed by some that she was the daughter of Ay—a top adviser who would go on to become Pharaoh after Tutankhamun’s death (and he would marry one of Nefertiti’s daughters--Ankhesenamun, so you know—gross).

Nefertiti lived through one of the greatest religious upheavals in Ancient Egypt—her husband decided to displace the main god of the Egyptian Pantheon—Amun—and supplant Aten in his place—downplaying all the other gods as well into basically what would become the first Monotheistic Empire.

Nefertiti is seen with a frequency unseen by any other Egyptian Queen in the empire’s history and is sometimes even seen in a position of power larger than her husband’s.

Akhenaten had other wives though and one of them would be the mother of Tutankhamun—thought for years to be one of his lesser wives we now know Tutankhamun’s mother was also Akhenaten’s sister—but her name is not known beyond that of The Younger Lady.

Nefertiti disappears from the historical record in her husband’s twelfth year as Pharaoh leading many to believe she died; however another popular theory is that she changed roles and become her husband’s co-regent serving after him as the Pharaoh Smenkhkare—though this has yet to be definitively proven.

If this is true, she would have been the start of reversing her husband’s religious policies and returning Egypt to the polytheistic roots we all remember.

Nefertiti by Joyce A Tyldesley

Warfare and Weaponry in Ancient Egypt by Rebecca A Dean

The Woman who Would be King by Kara Cooney