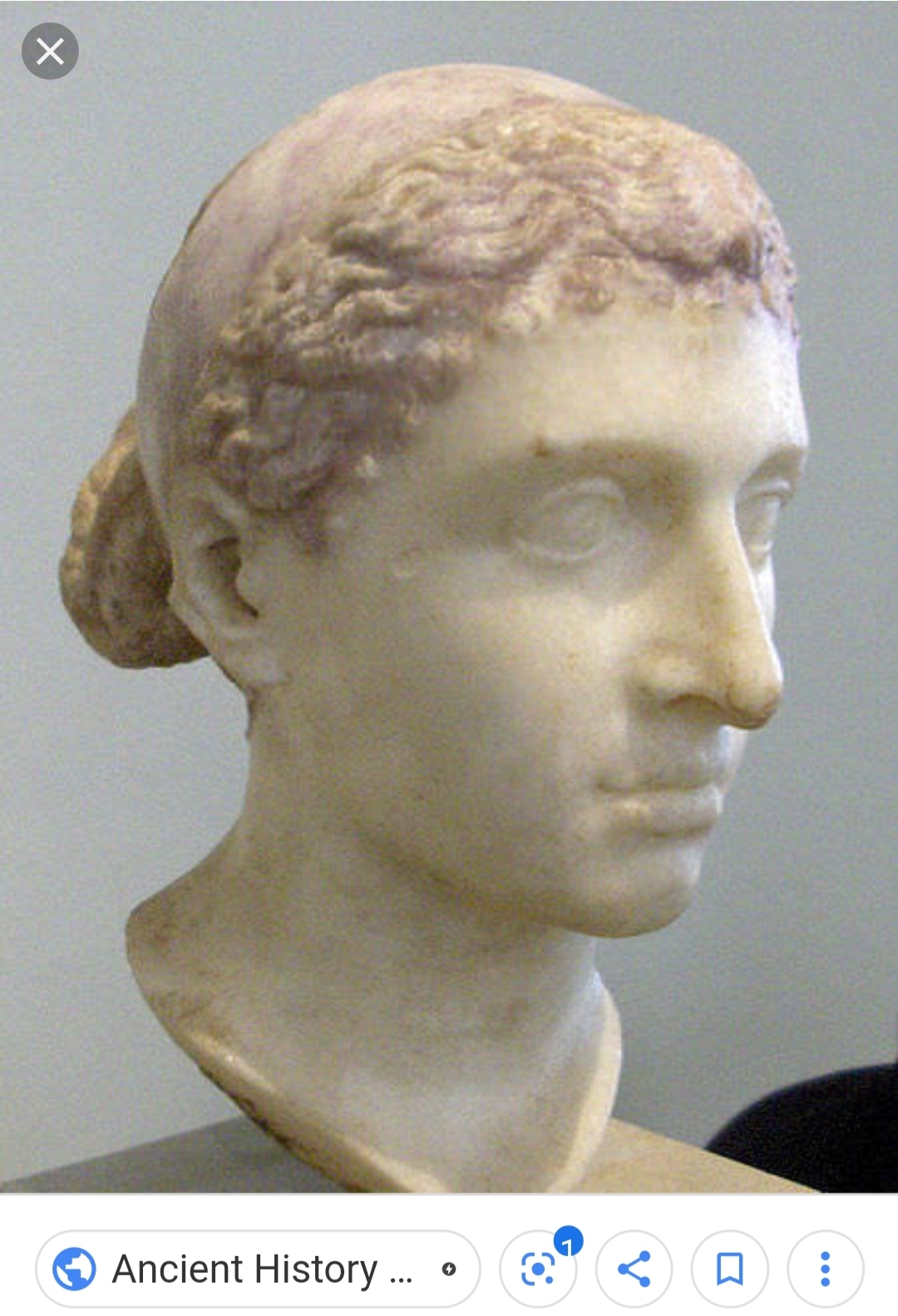 Cleopatra was an Egyptian Pharaoh who first ruled as co-regent with her two younger brothers (Ptolemy XIII and Ptolemy XIV respectively) and then her oldest son Caesarion (Ptolemy Caesar/ Ptolemy XV).

Cleopatra is widely seen as the last of her dynasty but if you want to get technical her children reigned after her (albeit for literally two weeks but still) ending the Ptolemaic Dynasty after three hundred years and the reign of the Egyptian Pharaohs after thousands of years.

Among Cleopatra's talents were that of knowing various languages; it was reported she was the only Ptolemaic Pharaoh who understood Demotic—the common language of the Egyptians, as well as Greek and Latin.

Cleopatra is best known for her romantic relationships with Julius Caesar and later her husband Marc Antony.

With Caesar she had her son Caesarion (meaning Little Caesar) and with Antony she had three children: the twins Cleopatra Selene and Alexander Helios and then Ptolemy Philadelphos.

In her years as ruler of Egypt Cleopatra faced frequent periods of war and unrest within her borders first from her siblings—including her younger sister Arsinoë, and then from the Romans.

Cleopatra and her son were in Rome when Julius Caesar was assassinated. After his death, Cleopatra took her son and fled back to Egypt. Soon enough however, Marc Antony came into the picture.

The winter Marc Antony spent in Alexandria was interesting to say the least—he and Cleopatra formed a drinking club called the Inimitable Livers (Basically meaning the Unique Livers).

The pair were separated for three years however—during which time Cleopatra gave birth to their twins and Marc married his fourth wife (and Roman Leader Octavian’s sister-in-law) Octavia.

When they met again Antony held an elaborate ceremony called the Donations of Alexandria in which he bestowed vast lands on his Egyptian family. This thoroughly angered the already upset Romans, who viewed Marc Antony's relationship with Cleopatra poorly to say the least.

Also, around this time Cleopatra had her fourth and final child.

In 32 BC, the Roman man Octavian (later to become the first true Roman Emperor) would declare war on Cleopatra after getting pissed at Antony for throwing logic to the wind (from a Roman viewpoint) as I already mentioned above. He had other children and a wife back in Rome too remember? Not saying Antony was a great guy by any means. In any case, Octavian used the Roman people's wrath towards Marc Antony as leverage to declare war on Cleopatra, and in effect Marc Antony as well.

Cleopatra and Antony were defeated at the Battle of Actium soon after. Cleopatra fled the battle and returned back to her palace in Alexandria. Upon returning to Alexandria, Marc Antony killed himself after hearing a rumor that Cleopatra had done the same. It was a false rumor. Cleopatra was still alive; she held her lover in her arms as he died from his own self-inflicted wound.

A few days later, Cleopatra decided she would rather take her life into her own hands rather than become a Roman prisoner. This was most likely a good move on her part. Years earlier, after Julius Caesar had captured Cleopatra's younger sister Arsinoe, he had her paraded through the streets of Rome as a political prisoner for the crowds to jeer at. Cleopatra wanted to avoid that future at all costs.

Cleopatra ended her own life with snake venom, locked away in her own mausoleum. Though Shakespeare would later popularize the myth she had ended her life by allowing an asp to bite her, actual herpetologists who have studied the snakes that were endemic to Egypt at the time disagree. Its more likely Cleopatra ended her life with a hairpin or other sharpened device that was treated with snake venom beforehand.

Sadly, Cleopatra's older son Caesarian was soon murdered by his tutor and her other three children were taken to Rome as prisoners; raised in their father's ex-wife Octavia's household. Cleopatra's sons disappear from history—most likely dying as children, but her daughter went on to become Queen of Mauritania. Cleopatra Selene would die in peace but her only son was then murdered on Caligula’s orders thus ending Cleopatra’s bloodline once and for all.

From Alexander to Cleopatra by Michael Grant

Hypatia: The Life and Legend of an Ancient Philosopher by Edward J Watts

Nefertiti and Cleopatra by Julia Samson

The Woman Who Would Be King: Hatshepsut's Rise to Power in Ancient Egypt by Kara Cooney

All the books listed above