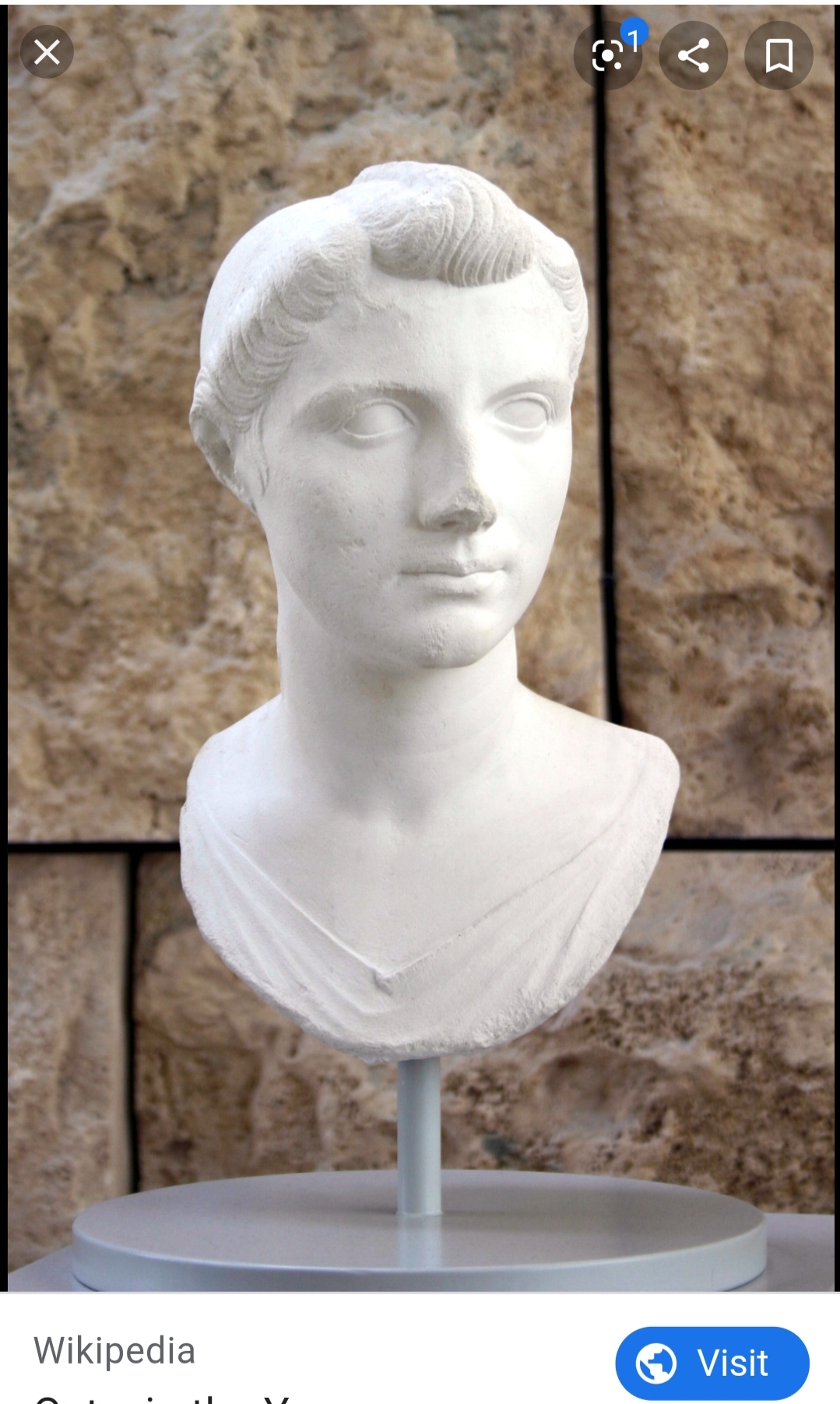 Octavia was also Octavian (later known as Augustus)’s sister, Octavia Major’s half-sister, and the great grandmother of Caligula and Agrippina the Younger. Oh, she was also distantly related to Julius Caesar on her mother’s side and through marriage a distant relation to Pompey. Basically, there weren’t a lot of high placed Romans she wasn’t related to somehow.

Octavia married her first husband when she was fifteen and had three children with him. She also refused to divorce him when asked by Caesar to marry Pompey instead. Caesar wanted Octavia married to Pompey in order to continue the peace between the two of them. However, Octavia and her husband, who was a friend of Pompey’s, didn’t want to throw in the hat and call their marriage quits.

Soon after, Pompey and Caesar broke out into civil war. At the outset, Octavia’s husband Claudius sided with Pompey, but switched sides. No doubt this had something to do with Octavia, seeing as Caesar was her great-uncle. When her husband died, Octavia was twenty-nine, and his death left her in a vulnerable position to quarreling men. By now, Pompey and Caesar were dead, however, Octavian and Marc Antony were very much alive and quarreling. In order to improve their relationship, Octavian forced his sister to marry Marc Antony. Octavia was still mourning Claudius’s death and had only been single again for a few months, but that didn’t matter. Octavia would go on to have two children with Marc Antony, but the marriage was far from bliss.

After Marc fell in love with Cleopatra VII, he divorced Octavia in order to be able to continue his relationship with the Egyptian Queen. Octavia was sent back to Rome, and despite being forced to marry Marc in the first place, Octavia remained loyal to him.

She not only cared for her own five children but also the three children Marc Antony and Cleopatra had after Marc and Cleopatra committed suicide. Octavia also helped raise another of Marc’s children from a previous marriage. She was nearly forty years old, but never remarried. Instead, she raised nine children on her own, seven of whom went on to marry well. The two who did not were Cleopatra’s sons, who disappear from history after coming into Octavia’s care; leading many to believe they died young. Cleopatra’s third child, a daughter named Cleopatra Selene, went on to marry the king of Mauritania. Octavia’s other stepchildren all married into the elite Roman society. They too had become pawns of their uncle, the newly styled Emperor Augustus.

Octavia was one of the first Roman women to have her image appear on a coin and was honored as a goddess after her death. She was less than sixty years old.