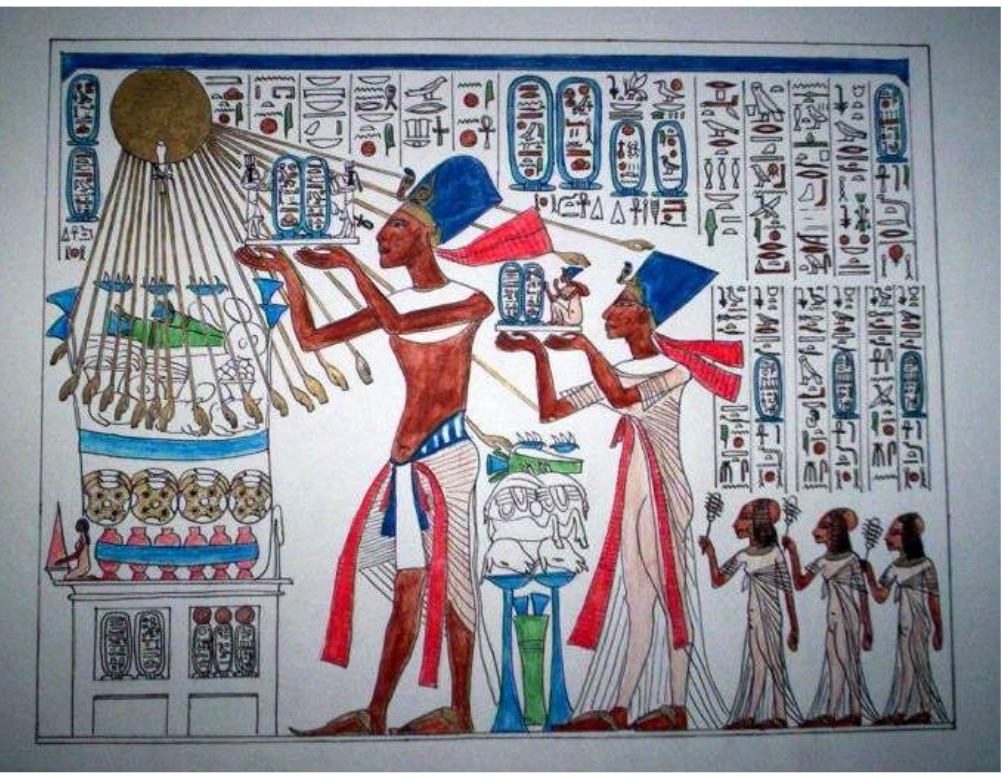 "She Who is Beloved of Aten"

Died: Possibly Around 1134 BC, Ancient Egypt

Before I explain who Meritaten was, I feel like I need to explain what was happening in her native land at the time of her life. Meritaten was--in today's terms--a princess of Egypt (princess is not a term used in Egyptology, but I figured that was the easiest way to explain things). Her parents were the Pharaoh Akhenaten and his principal wife Nefertiti (yes, that Nefertiti--her beautiful bust is an iconic image of Ancient Egypt Nefertiti). Her father's reign was something completely unique in Egyptian Antiquity--radical, strange, and flabbergasting to some of the people living under him at the time.

So, what did Akhenaten do? Well, as I'm sure you're at least vaguely aware, Egypt had many many gods. Akhenaten decided he wanted to change the state religion, from polytheistic to monotheistic (kind of anyway). He took the principal deity, Amun, and replaced him with Aten. This period of Egyptian History is called the Amarna Period today and didn't last very long. In fact, the Amarna Period ended after only two Pharaohs--Akhenaten and the next reigning Pharaoh Smenkhare. Once Akhenaten's son Tutankhamun took the throne, King Tut as he is called in popular media, began to return Egypt to the old ways.

So, back to Meritaten herself.

She was the oldest of the six daughters born to Akhenaten and Nefertiti. The sisters were: Meritaten, whom you are currently reading about, Anhkesenamun (the sister-wife of Tutankhamun), Neferneferure, Neferneferuaten-tasherit, and Setepenre. Her parents had no male children between them.

Meritaten was married to Smenkhare, but it is not known if they had any children together. Just like it is not known if Mertitaten-tasherit was the daughter of Meritaten herself or Kiya (really hoping Meritaten-tasherit's mother was Kiya, because her father was Akhenaten--yes really). Tasherit means junior, leading some to believe therefore Meritaten-junior is the daughter of Meritaten, like how we name some people today.

During the latter years of her father, Akhenaten's reign, Meritaten took over some of the roles of being queen. This was after her mother disappears from the historical record.

Smenkhare's reign as Pharaoh was very short lived, and Meritaten disappears from the historical record right around the same time as her husband. Since no grave goods bearing inscriptions for Meritaten have survived, a cause of death or even an approximate age at the time of her death is very hard to quantify. She and her husband may have died from a plague sweeping the area around that time.