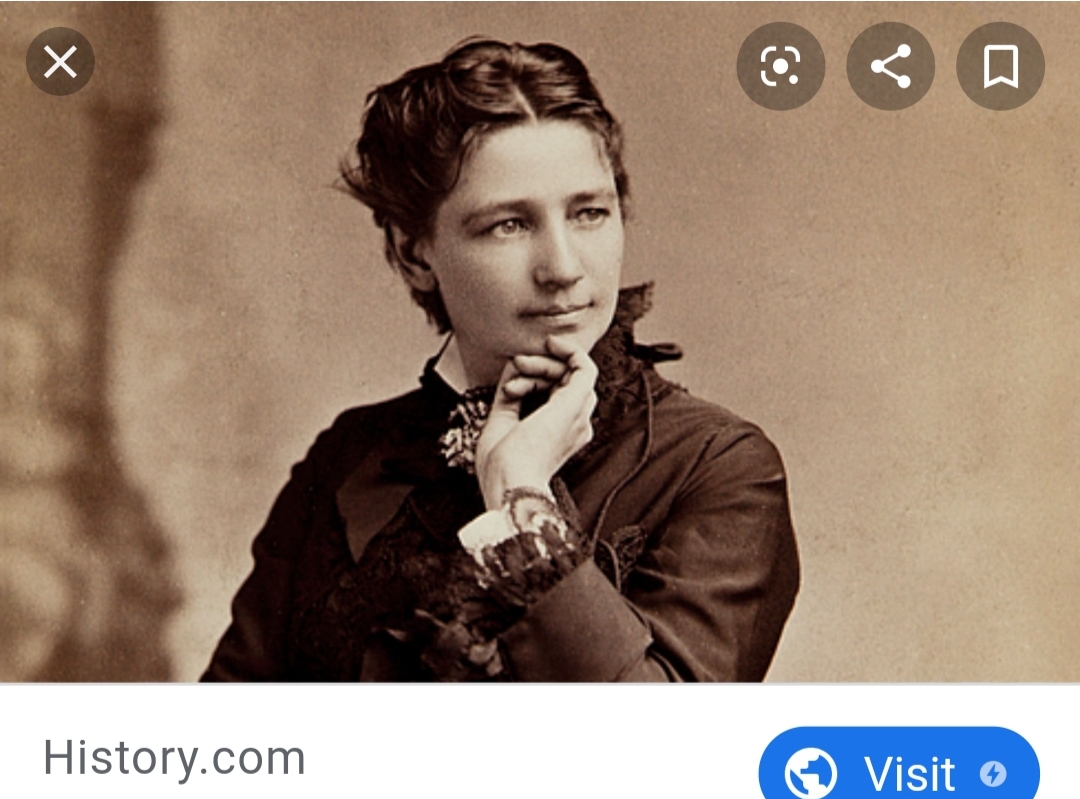 “Woman’s ability to earn money is a better protection against the tyranny and brutality of man than her ability to vote.”

The First Woman to Run for United States President

Victoria was a women’s suffrage advocate and social reformer.

Raised in a rural frontier town, Victoria was the seventh of ten children. She received very little education, and her parents were less than ideal. Victoria’s mother was illiterate, and her father was a petty criminal. She married for the first time when she was only fifteen, eloping with a medicine salesman who claimed to be a doctor. Though the pair would have two children together, it was an unhappy marriage. For one thing, Victoria’s husband was a womanizing alcoholic. For another, Victoria had to work outside the family to earn money to support them. And finally, both children suffered disabilities growing up, with Victoria’s second labor, with her daughter, going so badly she nearly bled to death thanks to her husband’s ineptitude.

In the 1860’s, Victoria and her sister Tennessee began working as clairvoyants to earn money for their families. In 1864, after eleven years of marriage, Victoria divorced her first husband. Victoria next had a relationship with a veteran of the War Between the States, and though they claimed to have wed in 1866, no documentation to support the marriage claims have survived to modern day. A few years later, Victoria and her sister Tennie became spiritual advisors to Cornelius Vanderbilt, more about that relationship below.

So, what else did Victoria do besides be the first woman to run for president? Well, I’m glad you asked.

She was the first female stockbroker on Wall Street, and one of the first two women to speak before a congressional committee. If all that isn’t impressive enough, Victoria and her sister Tennessee became the first two women to have a bank and brokerage firm on Wall Street (funded by Cornelius Vanderbilt). However, despite being successful stockbrokers, the sisters would be denied a seat on the New York Stock Exchange. No woman would be granted that privilege until 1967. Victoria was also the first woman in the United States to publish a weekly newspaper (however, this fact has been disputed by some, claiming the real contender for this would be Mary Katherine Goddard).

There were, and are, a few issues with Victoria’s candidacy which should be mentioned. For one thing, Victoria wasn’t old enough to be president. Per the United States Constitution, anyone holding the office of President must be at least thirty-five years of age, which Victoria wasn’t. It is also unclear if she received any votes on election day. She certainly didn’t receive any electoral votes, and her name didn't appear pre-printed on any ballets. At the time, some of her political adversaries also stated Victoria could not run for office because she wasn’t a citizen, because you know, she was a woman. Obviously that final point would not even be considered today; women are eligible to be citizens in the United States.

It should also be noted that while Victoria initially drew support from other suffrage advocates like Susan B Anthony and Elizabeth Cady Stanton, they would eventually withdraw their support of Victoria because they viewed her and her beliefs as too radical for them to be able to support.

Victoria ended up spending the day of the presidential election the year she ran (1872) in prison for spreading obscene imagery through the United States Postal System. Victoria ran under the Equal Rights Party, but her support of free love (the idea that women should be able to choose who they wanted to marry, have complete sexual freedom of their own bodies, and divorce their husbands once a relationship ended—see her second “husband” above for more details), gave Victoria many enemies. One of the men who criticized Victoria was having an adulterous affair. To get back at him, and prove his hypocrisy, Victoria and her sister Tennie used their newspaper to spread word of the affair, leading to their arrest. They were cleared of the charges six months later, but only after spending $500,000 on various fines and fees.

After all that ended, Victoria’s second “husband” left the picture and Victoria and her sister continued other pursuits. They stopped publishing their newspaper, contested Cornelius Vanderbilt’s Will after he died, and eventually settled in England. While there, Victoria continued to earn money by going on lecture tours. At one such event she met her soon-to-be third husband.

After her wedding, Victoria began a new publication, and joined the UK’s Suffragette Movement. Around this time, she also started to distance herself from her previous, more radical views on free love. After her third husband died in 1901, Victoria permanently retired from public life, but she wasn’t entirely through working. Victoria spent her final years working on conserving the home of George Washington’s ancestors.