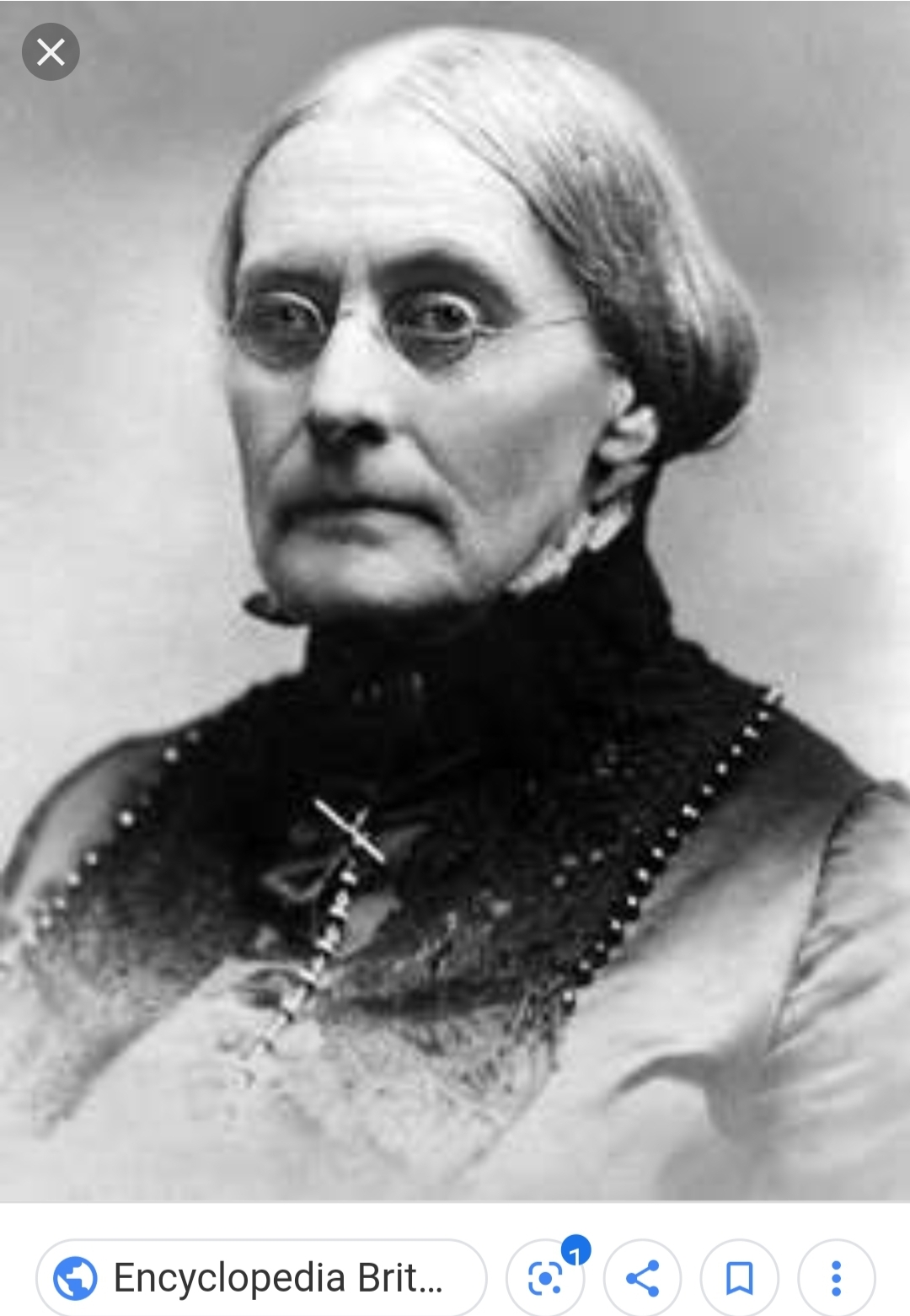 "Marriage, to women as to men must be a luxury, not a necessity; an incident of life, not all of it. And the only possible way to accomplish this great change is to accord women equal power."

Susan was also an abolitionist, temperance advocate, and equal pay and labor rights advocate. Her causes often clashed with her Quaker background, and she was often criticized and shunned by politicians and leaders, male and female alike, but this didn't deter Susan.

Susan and Elizabeth were opposed to the 14th and 15th amendments on the grounds that they did not include a guarantee for votes for women (though some claim they were also biased against colored people having a vote in general).

Susan was arrested in 1872 for illegally attempting to vote. Though she was fined, Susan never paid and was immensely proud of having stood up for what she viewed as her right as an American citizen. On the anniversary of the 100th anniversary of the ratification of the 19th Amendment, which guaranteed the right to vote regardless of sex in the United States, President Trump pardoned Susan B Anthony, and pointed out all the good she had done for women across the United States. Unfortunately, the Susan B Anthony museum "Rejected" Trump's pardon, proving just how volatile politics are in the United States at this moment. What most media outlets forget to mention is that the Susan B Anthony List was present and cheered the president on as he signed Susan's pardon.

Susan also led a march during the celebrations of the nation’s 100th birthday to protest for the rights of women’s suffrage.

Susan helped merge the two largest suffrage groups in the United States and then led them both until 1900. She lobbied Congress practically every year but still passed away long before women were given the right to vote with the passage of the 19th Amendment.

Susan is also remembered today as being a Dazzling Daughter of the National Society Daughters of the American Revolution.

How They Choked by Kevin O'Malley