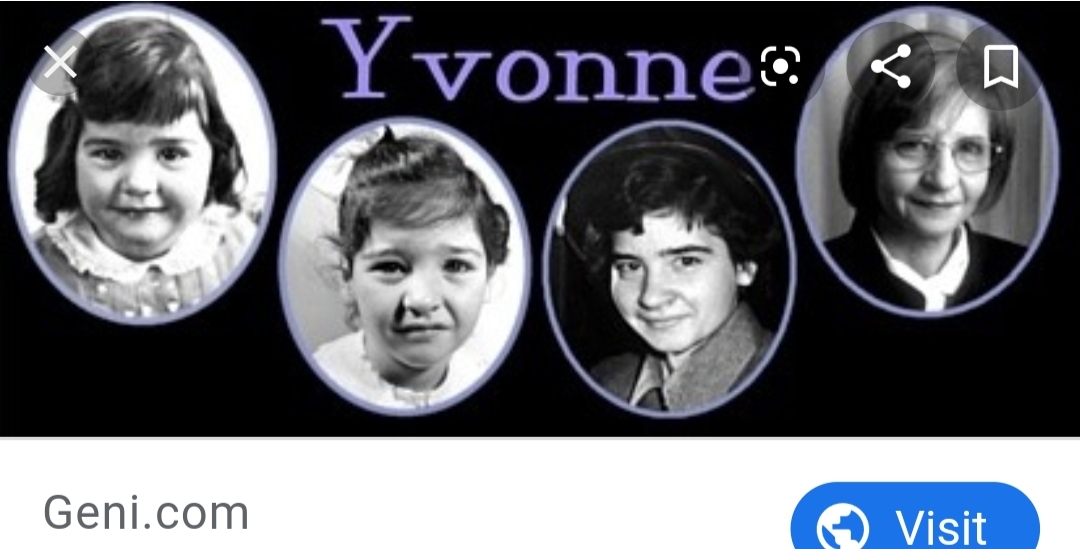 "I don't want to think about little Yvonne. No. I put an end to it. I want to live in the present, that's all."

So, enough about all the quints in general, let’s talk about Yvonne. After Émilie’s death, Cécile and Yvonne attended nursing school together. Yvonne finished nursing school before becoming a sculptor and librarian. She even worked part time as a substitute teacher. Yvonne was also the only of the quintuplets to learn to drive, and went on a world tour, visiting various countries and becoming very refined and cultured.

In 1998 Yvonne, Annette, and Cécile reached a $2.8 million settlement with the Ontario government for their exploitation (or $4 million in Canadian money).

Three years later, Yvonne passed away from cancer. She never married or had children.