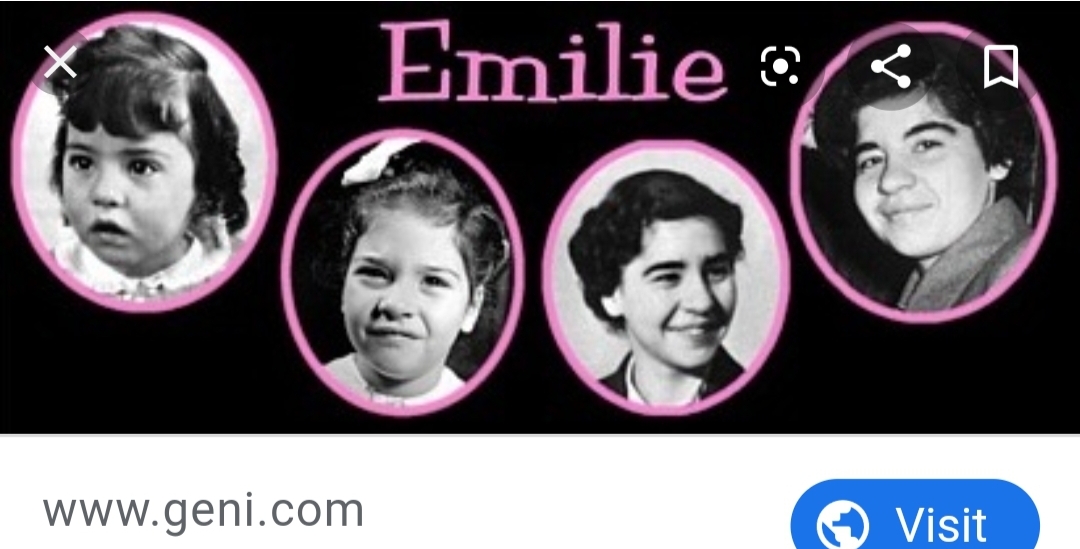 “I prefer to remain a child in the woods and unattached. Nature means so much to me.”

The quints were born two months premature; their parents having no idea Mrs. Dionne was pregnant with more than one child. At the time of their birth, combined, the five girls weighed thirteen pounds six ounces (though soon after they began to lose weight). Émilie and Marie were both born still inside their amniotic sacs, the smallest of the five.

Enough about all the quints in general, let’s talk about Émilie.

She was the only of the five to be left-handed.

Émilie devoted her brief life to becoming a nun, joining L’Hospice de L’Accueil Gai or The Warm Welcome Hospice. This particular convent was very small, several nuns caring for old priests in a nursing-home like setting.

Émilie died from complications of a seizure. In the day leading up to the final attack Émilie suffered five other seizures. Finally, after laying down for a nap, Émilie’s body seized a final time. She vomited in her sleep, and unable to clear her airway herself, Émilie suffocated to death.

After her death, her surviving sisters were forced to pose for one final photograph, gathered around Émilie’s open casket. Five thousand people came to view her body in their home that day, and at the gravesite, mourners stole every single flower from the grave. They even plucked at the remaining grass, unperturbed by the priest performing the service chastising them for their cold-heartedness.

Émilie’s trust fund, valued at $170,000 at the time of her death, was split fourteen ways: between her parents and twelve surviving siblings, meaning the other quints each inherited $12,000 as a final gift from their sister.