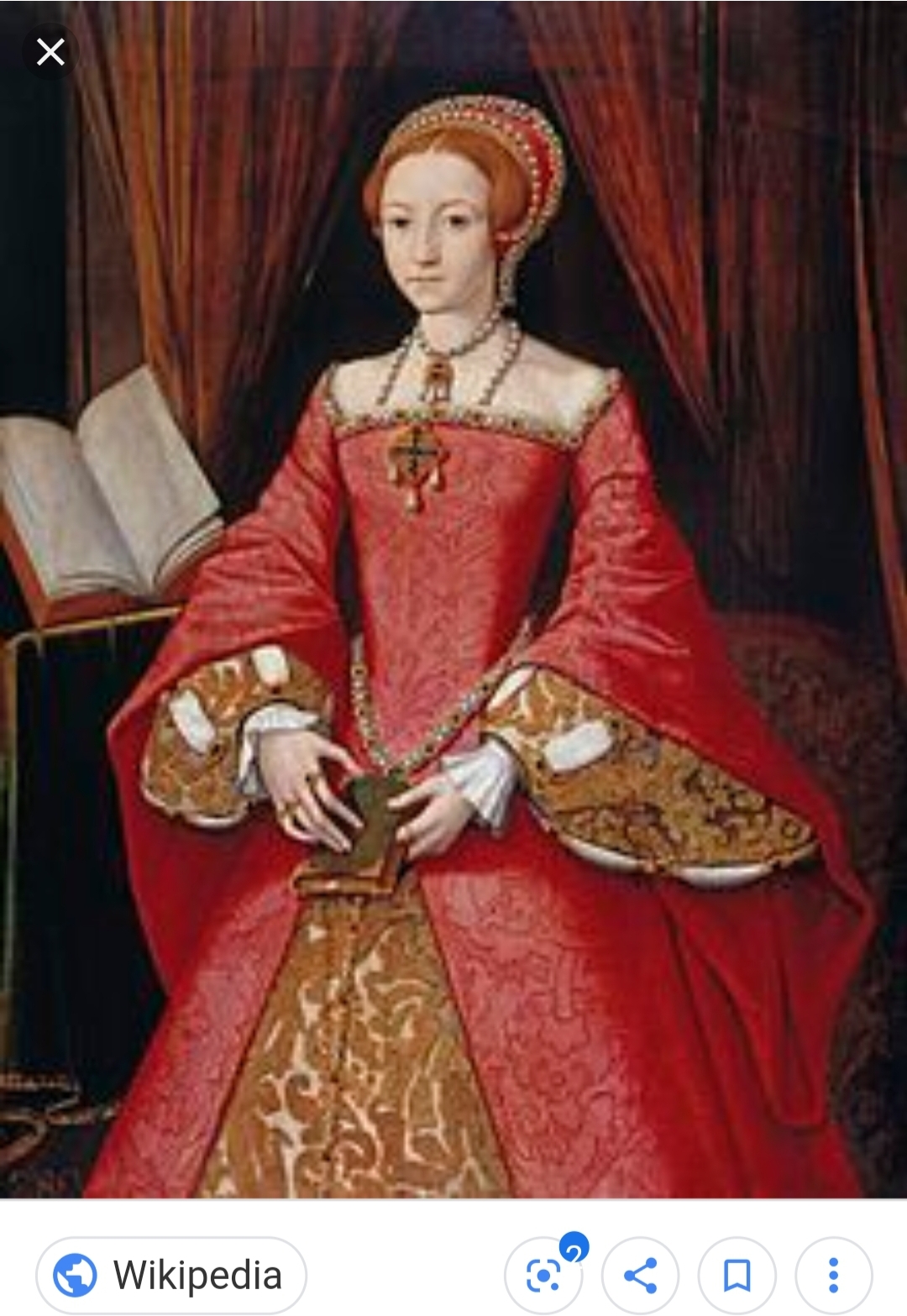 "When I think of marriage, it is as though my heart were being dragged out of my vitals."

Queen of England and Ireland and the Final Tudor Monarch

She came to the throne after the death of her older half-sister Mary.

Elizabeth’s mother was Anne Boleyn—famous for the being the first of Henry VIII’s wives to be executed (before Elizabeth was even three years old).

Elizabeth was also declared illegitimate after her father managed to get the government to declare his marriage to her mother invalid.

However, she was still third in line to the throne behind her younger brother Edward VI and older sister Mary.

Elizabeth was also given many distinguished tutors and educated like any other heir, male or female.

After her father’s death Elizabeth lived with her stepmother Katherine Parr and her new husband Thomas Seymour. Numerous accounts from the era describe Thomas’s inappropriate nature in bursting into her rooms while she was dressing and that she might have developed feelings for him because of his attention (and this then leads to the rumor that a red headed woman around the time gave birth to a baby in secret and…).

After Katherine died Thomas was executed and one of the many reasons for this was because of his plan to marry Elizabeth and seize the throne.

She spent some time in the Tower of London following her sister Mary’s ascension to the throne and then a year of house arrest.

Elizabeth refused to marry or have children of her own despite her counsel’s hopes—however it was known that she was in love with her favorite Robert Dudley—and even after his wife’s mysterious death they still did not wed.

Elizabeth is remembered for being an effective queen and one of her shining moments is her Speech to the Troops at Tilbury before the failed invasion of the Spanish Armada.

After her death James, son of Mary Queen of Scots, was proclaimed her heir and made King James I of England (of King James’ Bible fame).

Who was Queen Elizabeth? June Eding