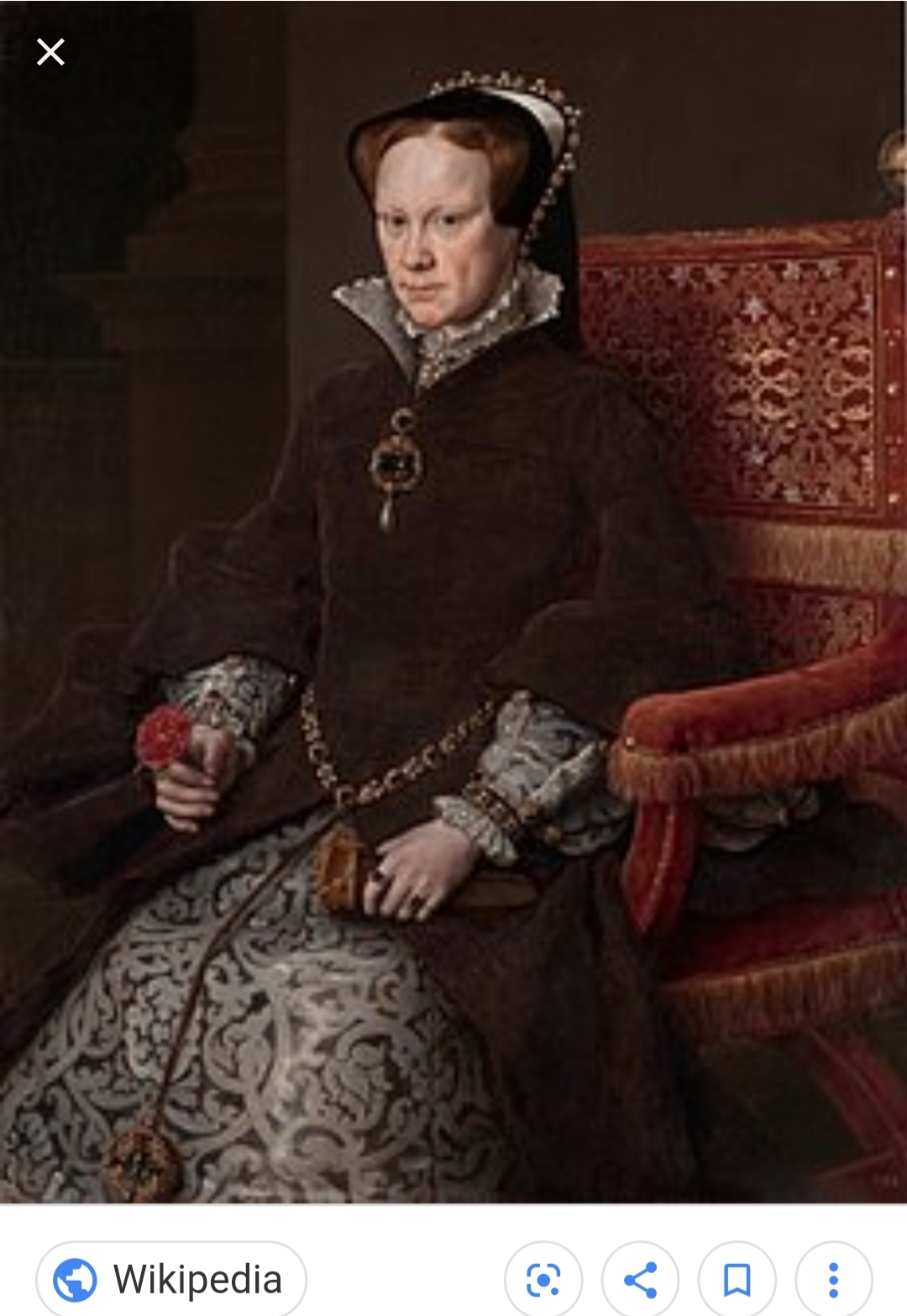 English Queen dubbed “Bloody Mary” by Some of Her Subjects

She is remembered as the first queen to rule England in her own right (despite Jane Grey and Matilda ruling before her—but that’s possibly because they didn’t have a coronation).

Mary was given her Bloody Mary nickname because of her persecution of Protestants and her tyrannical efforts to restore the Roman Catholic Faith to the land.

She was the oldest surviving child of Henry VIII and his first wife Catherine of Aragon.

Mary was strung along to say the least after her father decided to marry five additional women after divorcing her mother; after the divorce Mary was stripped of her princess title and forced to act as a lady-in-waiting to her infant sister Elizabeth despite the fact she was seventeen at the time her sister was born.

She suffered for years before finally giving in and agreeing to admitting that her parents’ marriage was incestuous (which she would always regret) and then her life improved slightly. Proposition after proposition for her hand in marriage were denied.

After her brother Edward died and Jane gave up the throne after nine days, Mary made her return to London and became Queen in her own right. Sadly, by that time she was already thirty-seven and unwed—she quickly secured a marriage to Philip II of Spain (a man eleven years younger than her and the king of a rival country). Still however she was unable to get pregnant and never produced an heir.

In three years, she burned around 300 heretics at the stake and killed in other ways as well—earning her nickname. Mary was extremely unpopular to the point of being hated for those reasons and for losing Calais—the last English foothold in Europe.

When she passed away, her younger half-sister Elizabeth became Queen.

Nine Days a Queen: The Short Life and Reign of Lady Jane Grey by Ann Rinaldi