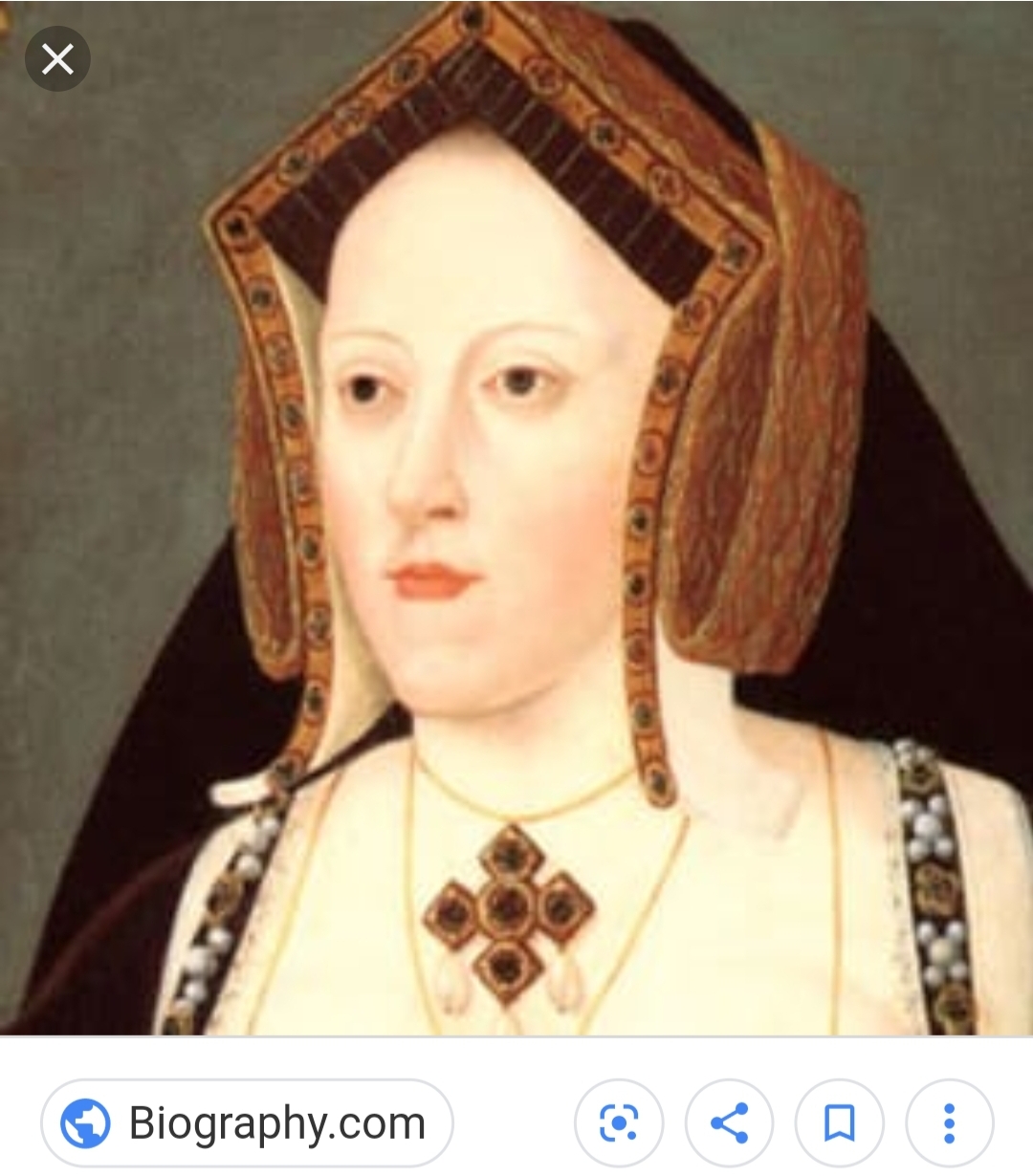 "I came not into this realm as merchandise, nor yet to be married to any merchant."

She was the youngest child of the famed Ferdinand and Isabella of Spain (the couple that funded Christopher Columbus’s voyage to the New World, yes).

Catherine was originally married to Henry’s older brother and the heir—Arthur; however, Arthur died a year later, and she was remarried to Henry once he assumed the throne in 1509.

The first years of the marriage were happy—with Catherine matching Henry’s intellectual prowess and even serving as regent for two years while Henry was campaigning against the French.

She gave birth to six children in eight years, unfortunately all but Mary—the future Mary I--were either stillborn or died soon after birth. Because of this and Henry’s wants for a legitimate male heir (and the desire to get under Anne Boleyn’s skirts) Henry divorced Catherine on the grounds their marriage was incestuous because she had slept with Arthur—her first husband (not true but what did Henry care about the truth?).

Despite being beloved by the English People Henry forced Catherine to live out her final years in isolation and never allowed her to see her daughter Mary again.