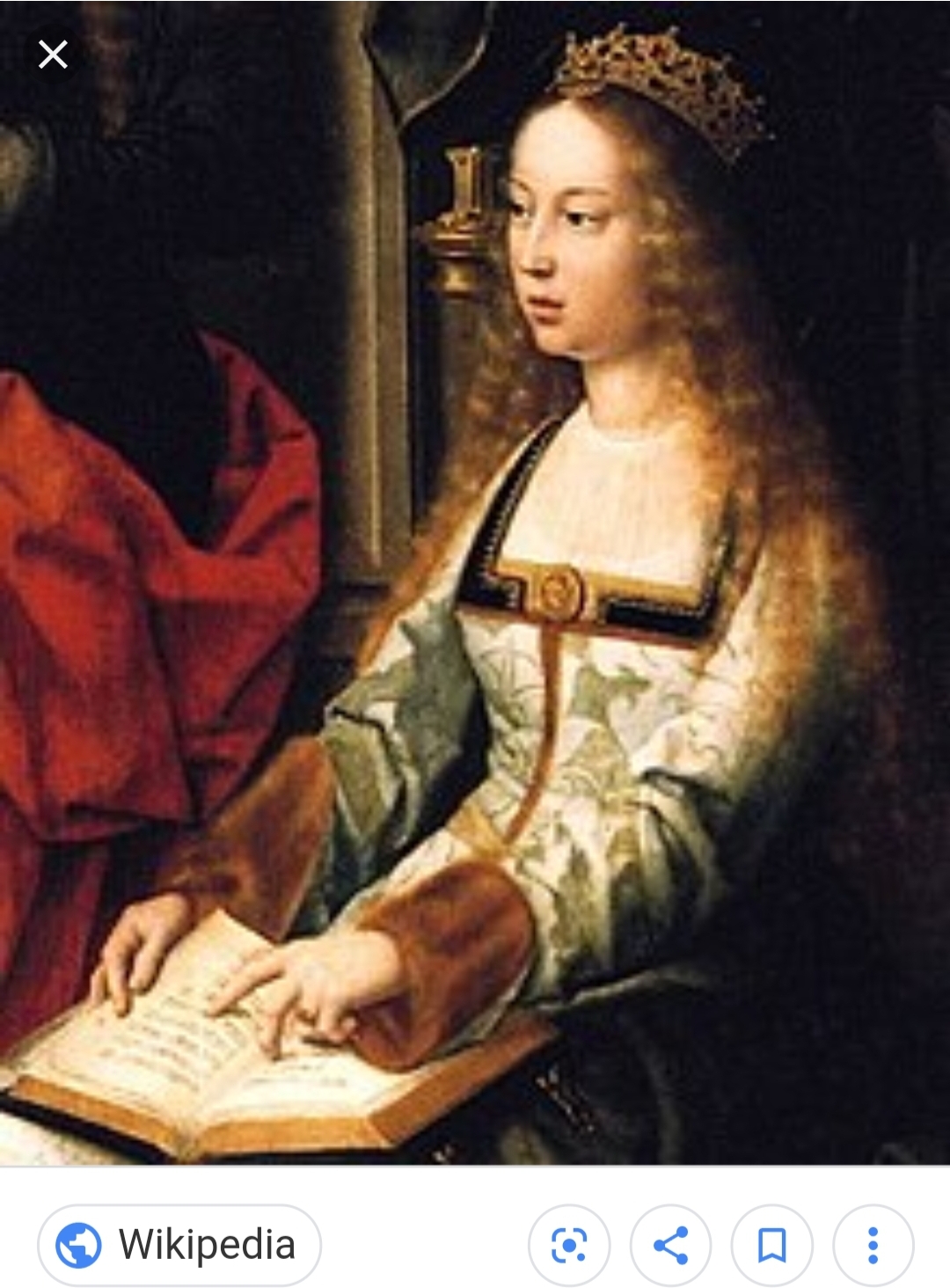 Queen of Castile; Though Her Rise to Power was Remarkable to Say the Least

Upon her birth she was the second child of the king—and it was her twenty-six-year-old half-brother who was expected to succeed their father.

Two years after she was born her younger brother was born pushing Isabella to third in line. Her father died when she was three and her older brother sent Isabella, her mother, and brother away, but she was still educated befitting a princess.

Her older brother Henry had a daughter named Joanna but lost the fight in naming her sole heir to his throne—instead he agreed to his daughter sharing the throne with her uncle (her father and Isabella’s brother) by marriage.

When Henry tried to back out of this civil war erupted and the younger brother Alfonso was named king—he died three years later without ever affecting much change. Instead of seizing the throne for herself Isabella instead got her older brother Henry to agree to name Isabella his legitimate successor and agreed to never forcing her to marry.

Isabella herself chose her husband and the marriage agreement stipulated that her husband could administer justice in Castile, but no other lands Isabella ruled over and that Ferdinand (her husband) could not leave Castile without her permission.

They married four days after meeting. The couple were second cousins and only received dispensation from the church after Isabella had given birth to their first child.

The first four years of Isabella’s reign was a bloody civil war between herself and her cousin Joanna (Joanna lost the war and chose entering a convent over marrying Isabella’s one-year old son John).

Alongside her husband Ferdinand of Aragon—Isabella united Spain under one religion, banished the last of the Muslims from the Spanish borders, and funded Christopher Columbus’s voyage to the New World.

Her reign also sparked the beginning of the Spanish Inquisition.

She would have five children in all—including Catherine who would go on to marry Henry VIII, and Joanna who became known as Joanna the Mad.

The Children of Henry VIII by Alison Weir

How They Choked by Georgia Bragg

One Bloody Thing After Another by Jacob F. Field