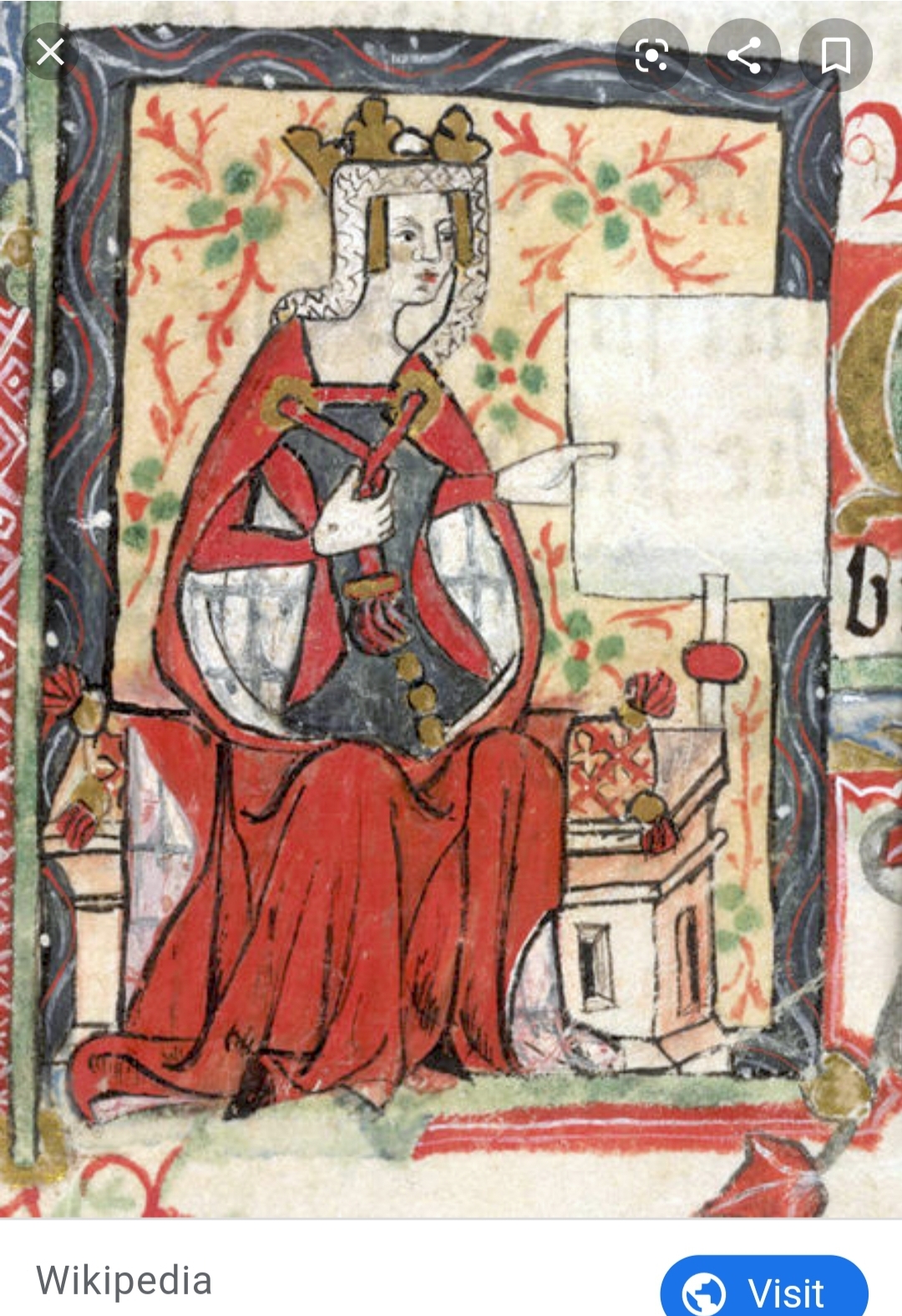 Matilda was also Queen Regnant of England during the Anarchy and English Civil War.

She was the only legitimate surviving child of Henry I, and therefore his sole heir.

Matilda married the Emperor of the German states (and later the Holy Roman Emperor) Henry V when she was twelve and he was thirty-two, but he died before they had any children and she returned to her father’s court in England.

Matilda was then married to the Count of Anjou and Maine, Geoffrey, (he was nine or ten years younger than her, he was around thirteen and she was twenty-three) and they had three sons. She was in Anjou at the time of her father’s death and so her fast-moving cousin tried to take the throne—kicking off the Civil War. Its important to note that her father, Henry I, had deemed Matilda the heir to the English throne, but when he died Stephen of Blois (the cousin) gained the backing of the powerful barons as the legitimate heir. Not only was Matilda the wrong sex (those dang X chromosomes at it again!) but she was in the wrong country to claim the throne, and pregnant, and so Civil War commenced.

After three years of fighting she was proclaimed Queen but alienated her subjects in London from her arrogance and the fact she was viewed as a foreigner married to a foreign power. Matilda would never be crowned; she had to flee and never retook the throne, instead her son would go on to become Henry II.

She was the daughter of Henry, the wife of Henry, and the mother of Henry (all different Henrys, but still!). And if that isn’t confusing enough, her mother was Matilda as was her grandmother.