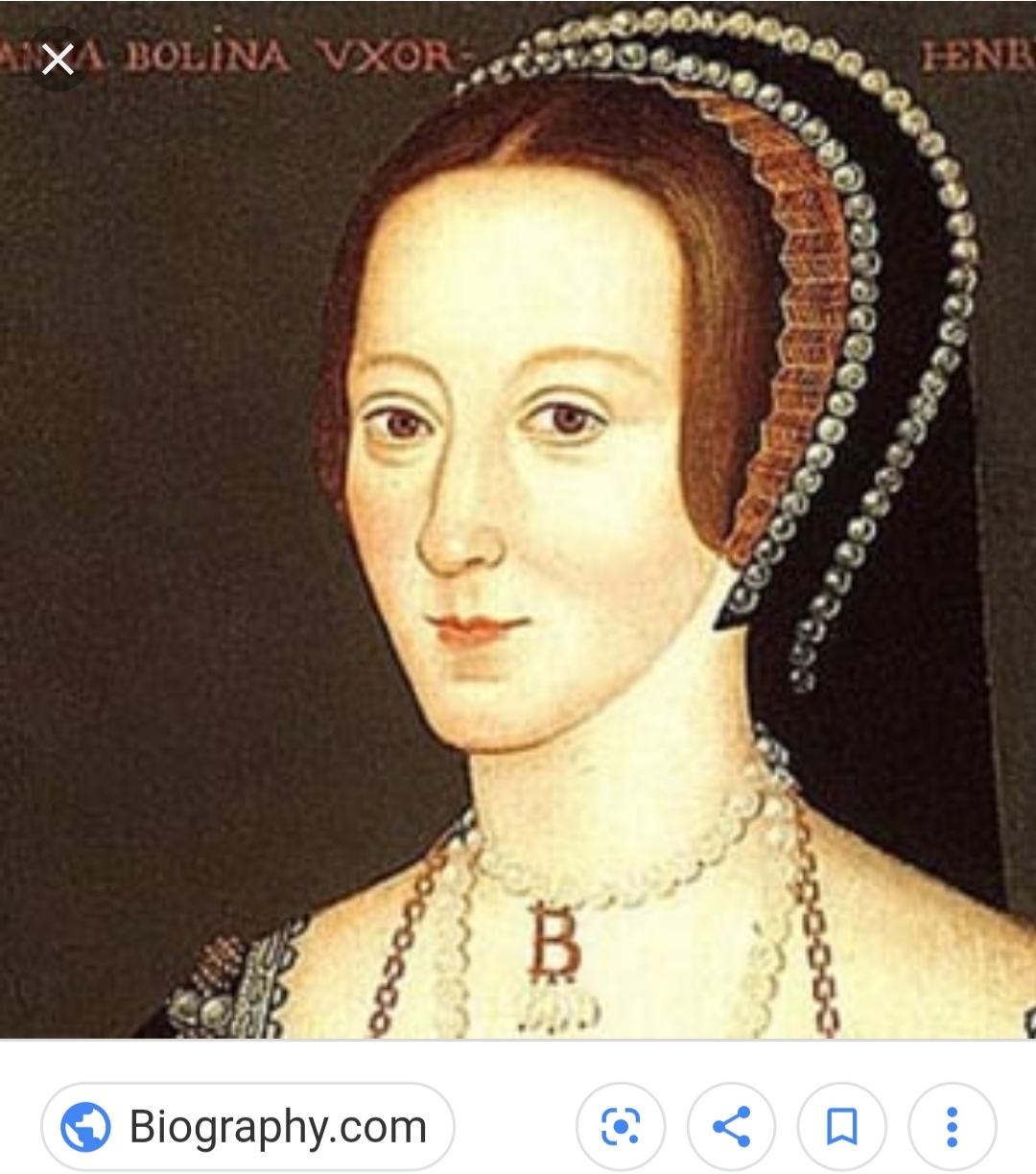 She was the mother of Elizabeth I.

The creation of the church of England and Henry tearing England away from the Catholic Church happened literally because Henry wanted to get under Anne’s skirts, and she refused to be his mistress and would only sleep with him once she was his wife.

Her sister Mary had already been one of Henry’s mistresses—so Anne used her ambition to ensure she was more than just another footnote in the history of the king.

However, Henry soon lost interest in Anne after the wedding, and began other affairs. The marriage ultimately failed after Anne suffered a miscarriage and then gave birth to a stillborn baby boy—leaving Henry to get rid of her.

Five months after she had her stillborn son Henry had her committed to the Tower of London on charges of adultery with various men and incest with her own brother.

Seventeen days later she was found guilty and beheaded on the tower green.

There is no evidence to support she ever committed adultery (yet there’s ample evidence on the side of the king). Her death would mark her daughter Elizabeth for the rest of her life.

How They Choked by Georgia Bragg

The books listed above