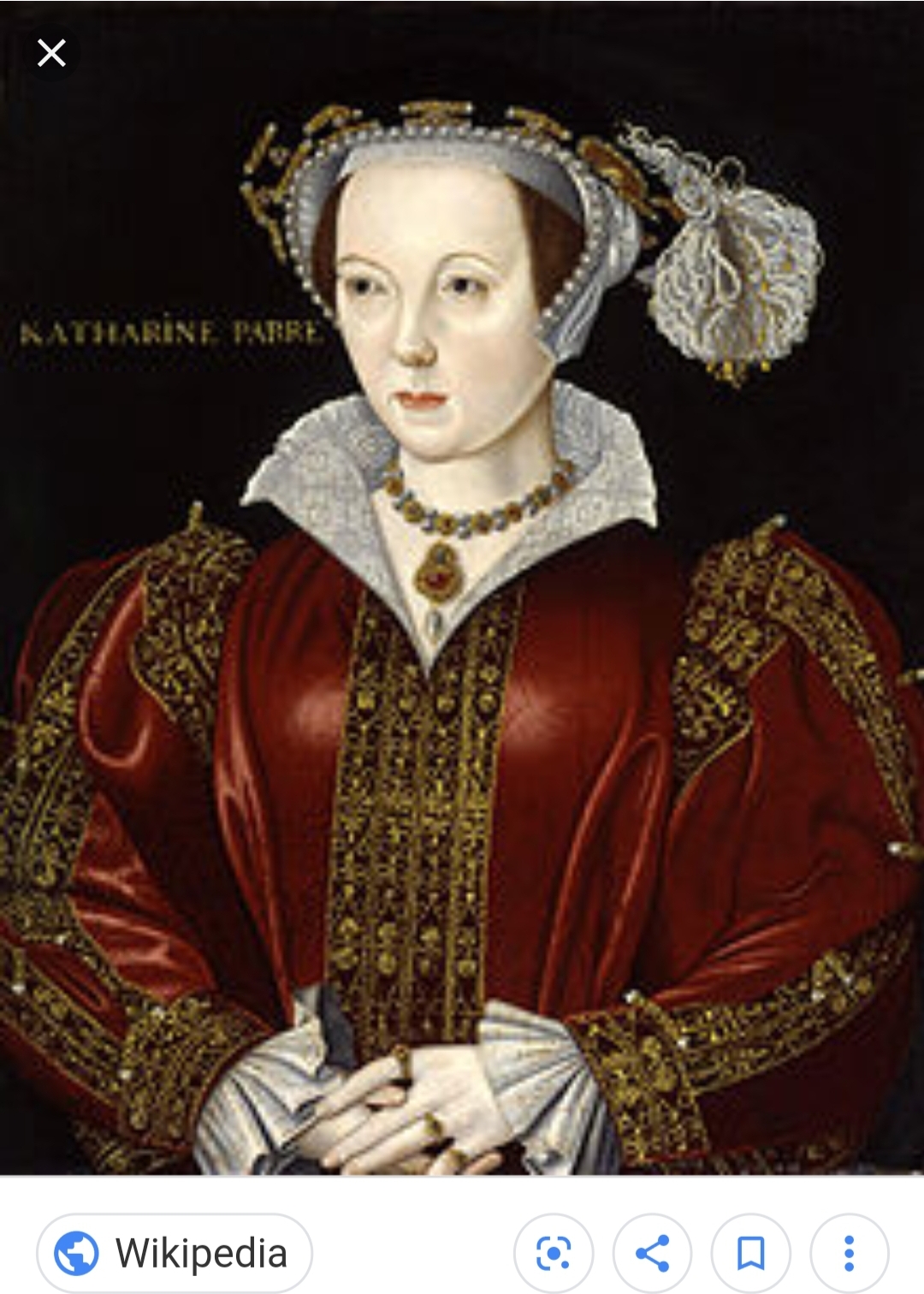 "I am so vexed that I am utterly weary."

English Queen and the Sixth and Final Wife of Henry VIII

She also holds the distinction of being the only of his wives to become Dowager Queen, after Henry’s death and the ascension of his son Edward VI.

Katherine was already twice widowed by the time she married Henry and she would go on to be married a fourth time after him—unfortunately to the disastrously idiotic Thomas Seymour.

Katherine befriended all three of Henry’s surviving children, as well as Jane Grey, and focused on their education. To Jane, Edward, and Elizabeth, she was the only true and steady mother figure they had ever known.

Katherine died from complications of childbirth (and her daughter died soon after as well). Sadly, by the time she died she realized just what an a** her fourth and final husband was, and some reports say she cursed him from her deathbed.

Katherine was deeply religious in the Protestant Faith and wrote A Lamentacion or Complaynt of a Sinner (her spelling) in the final year of her life.

Nine Days a Queen: The Short Life and Reign of Lady Jane Grey by Ann Rinaldi