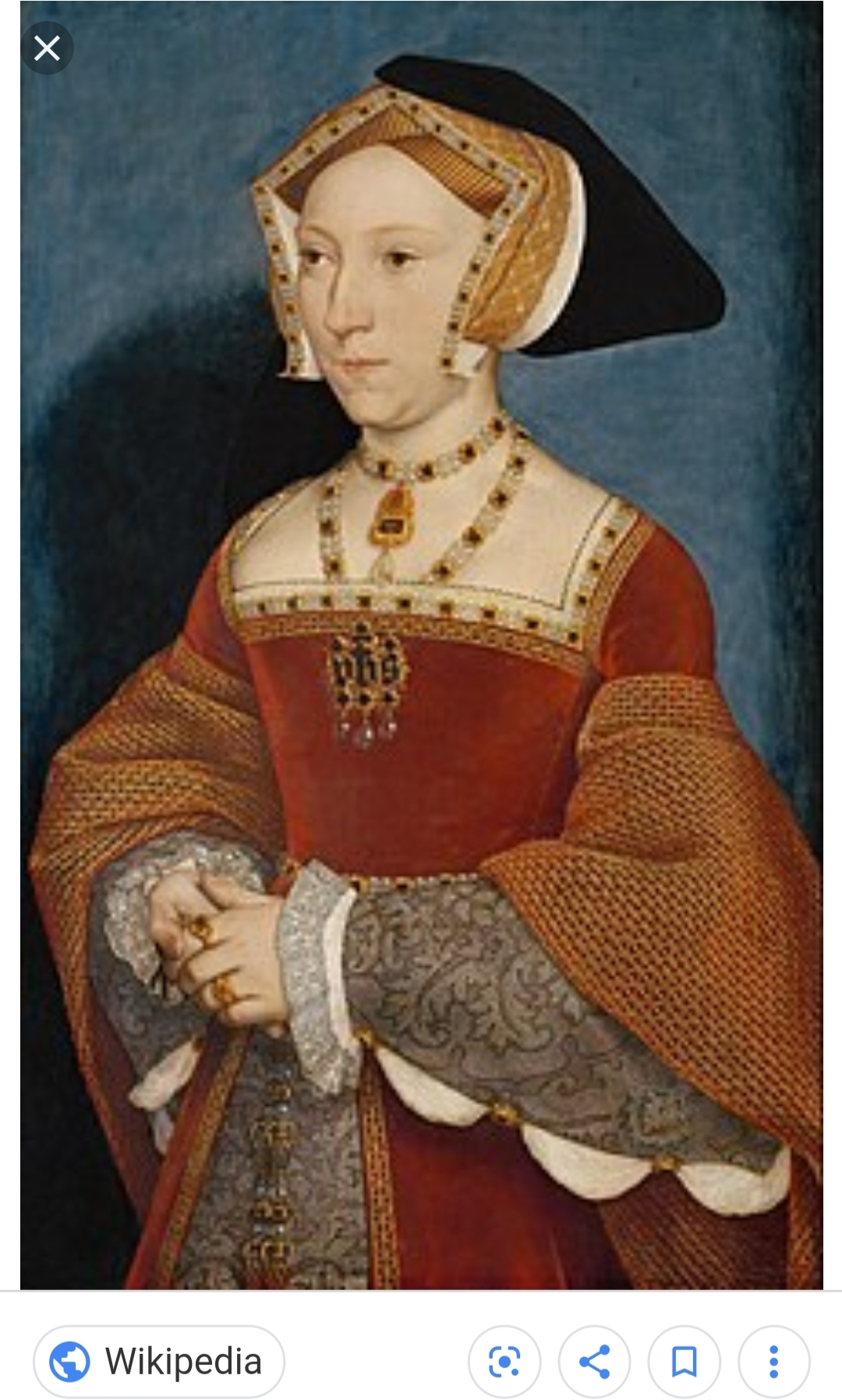 She has the distinction of giving birth to his only surviving son Edward VI—unfortunately she died from complications of childbirth and Edward was sickly his whole life dying aged fifteen.

Jane served as a lady-in-waiting to both Catherine and Anne—Henry’s two previous wives.

Jane was a lot like Anne in that she refused to become Henry’s mistress and only his wife. They married in a private ceremony eleven days after Anne was beheaded.

Jane is seen as responsible for helping restore Mary—Catherine’s daughter—to the king’s favor. After the divorce, which for all intents and purposes made Mary an illegitimate princess, Mary and Henry had had a strained relationship to the say the least. However, Jane’s sunny disposition and overall positive attitude helped Mary, and the newly motherless baby Elizabeth, from being ousted entirely.

Jane’s brother Edward served as his nephew’s regent during Edward VI’s reign and one of her other brother’s was the complete a****** Thomas Seymour—Katherine Parr’s fourth husband. Thomas became entangled in the lives of not only Katherine Parr, but also Jane Grey and Elizabeth I as well.