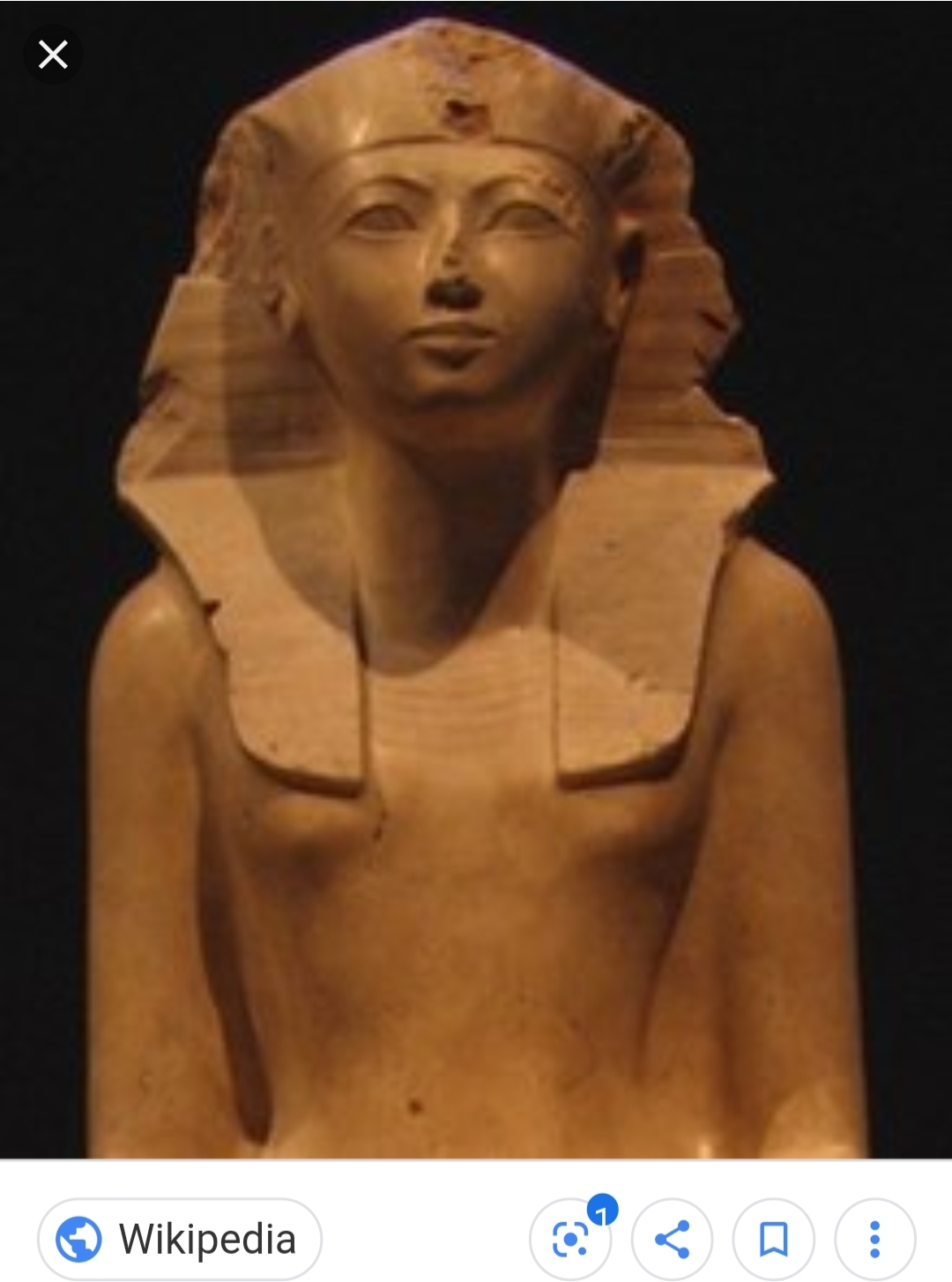 "Now my heart turns to and fro, In thinking what will people say, They who shall see my monument in after years, And shall speak of what I have done." -Inscription on one of Hatshepsut's mortuary obelisks at Karnak

There was at least one woman before Hatshepsut that did so—Sobekneferu.

When Thutmose II died, Hatshepsut became regent for her stepson Thutmose III before later taking complete control of the country.

Hatshepsut is remembered for being an ambitious builder (just look at her funerary complex at Deir el-Bahri as an example) and for expanding trade outside the borders of her empire (with a land called Punt—and literally modern day scholars have no idea where that was, we know how beautiful and amazing it was but the Egyptians forgot one key detail—writing down where the heck it was geographically!).

Hatshepsut ordered that she be depicted as a male in nearly all sculptures and images of herself in order to assert her power; and wore the false beard and other regalia to further support her claim.

The reason why Hatshepsut took control of the throne is debated—with historians split between sole ambition on her part to possibly trying to avert a political crisis and save the throne for her stepson someday.

Hatshepsut had one daughter from her husband—Neferure—who she might have been trying to raise as her successor.

Some historians also like to romanticize her relationship with her head adviser Senenmut but there is little evidence to support the claim. The rumor of a romance between the pair is not new however; some of the earliest crude graffiti ever found depicts Senenmut and Hatshepsut in a, ehem, shall we say compromising position?

Hatshepsut died from an infected abscess in her mouth after having a tooth pulled. Remember people, always take care of your teeth! Dental health is just as important as mental health!

Late in Hatshepsut's stepson’s reign he did everything in his power to erase his stepmother’s existence—explaining her absence from the king’s list and scholars’ attention until her rediscovery in 1822.

In 2007, Hatshepsut's mummy was positively identified by Zahi Hawass and now rests in the Cairo Museum.

Bygone Badass Broads: 52 Forgotten Women Who Changed the World by Mackenzi Lee (This one falsely claims her as the first female pharaoh)

Warfare and Weaponry in Dynastic Egypt by Rebecca Angharad Dean

The Woman who Would Be King by Kara Cooney