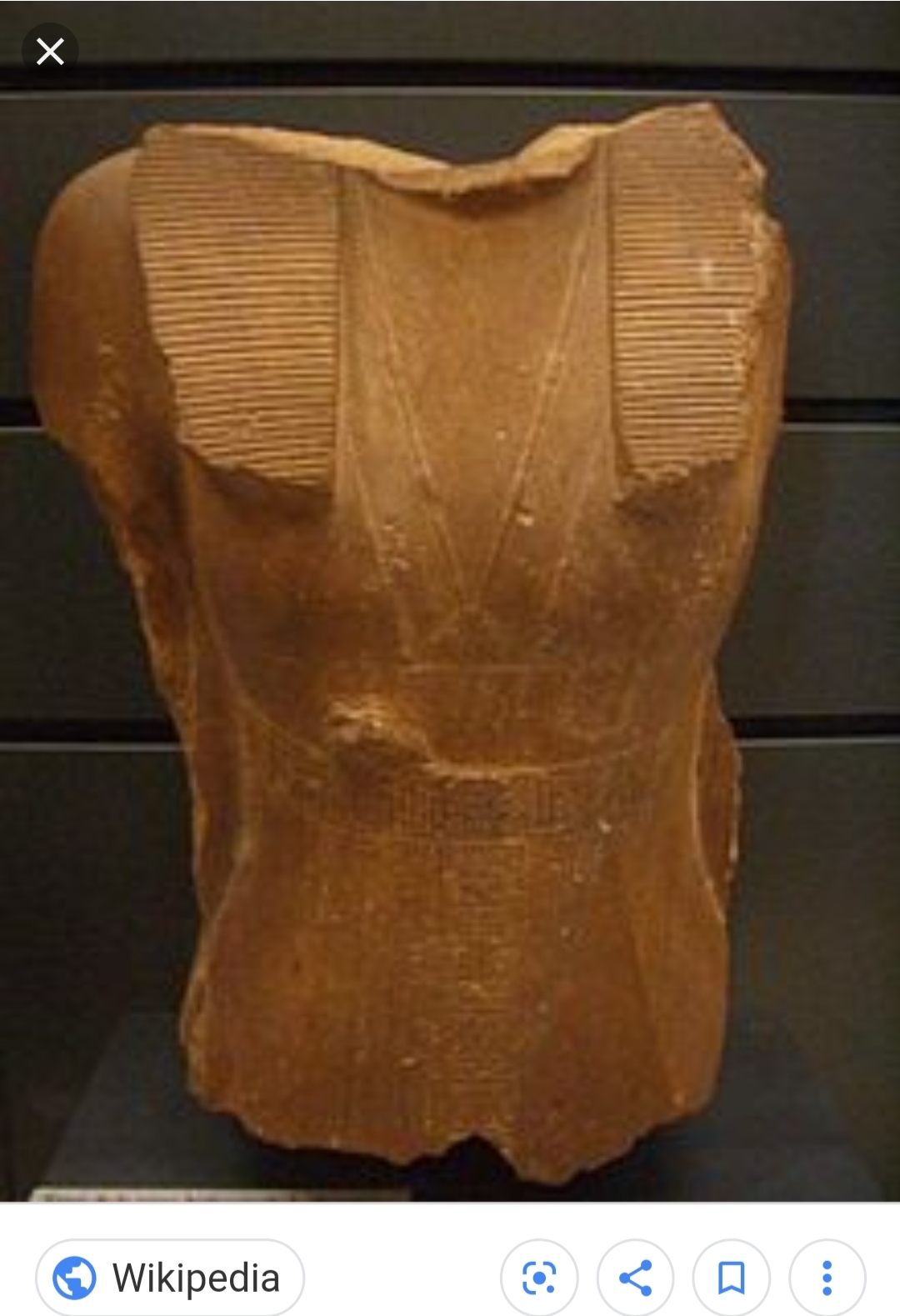 Sobekneferu's name means "She Who Shows the Beauty of Sobek." Sobek is one of the most powerful pharaohs the Egyptian Pantheon. He is most known as being the Crocodile god.

When her brother died, the Cult of Sobek—which was the primary Cult in Egypt at the time—backed her claim to the throne as Nefrusobek brother had died with no sons.

Not much is known about her other than she helped to further complete her father’s labyrinth—which (according to some sources) was the basis for the one later built in Crete (of the Minotaur Myth Fame).

The only real evidence left of Nefrusobek's reign are several statues, beads, and scarab seals depicting her and her name. There is no iconography today (that has been uncovered anyway) depicting her face, but the statue shown here bears her name and shows how Nefrusobek began the tradition of blending male and female attire as a female pharaoh.

Sobekneferu is also listed in her father’s mortuary temple (which she finished) her name appears several times there—meanwhile her brother’s name is noticeably absent.

Nefrusobek is the first definitively proven woman to have ruled Egypt in her own right as the Pharaoh.

There’s also a story that she might have been the princess that rescued Moses from the Nile and what have you but…yeah.

Sobekneferu began the practice of anointing the Pharaoh with Crocodile Fat—adopting the practice from Mesopotamia (possibly) and from there the idea was passed to Israel and Judea.

One website even claims this practice was so profound a Hungarian King in the 1400’s and Vlad Tepes (as in Dracula) claimed lineage from Sobekneferu—but nowhere else on the internet agrees with that so here’s your giant grain of salt to go with it.

It is believed the unfinished pyramids at Mazghuna may belong to Nefrusobek and another male relative but that has not been proven (despite what Wikipedia will have you believe).

She reigned for approximately four years.

The Pharaohs by Dr. Joyce Tildesley

Warfare and Weaponry in Dynastic Egypt by Rebecca Angharad Dean

The Woman Who Would Be King: Hatshepsut's Rise to Power in Ancient Egypt by Kara Cooney