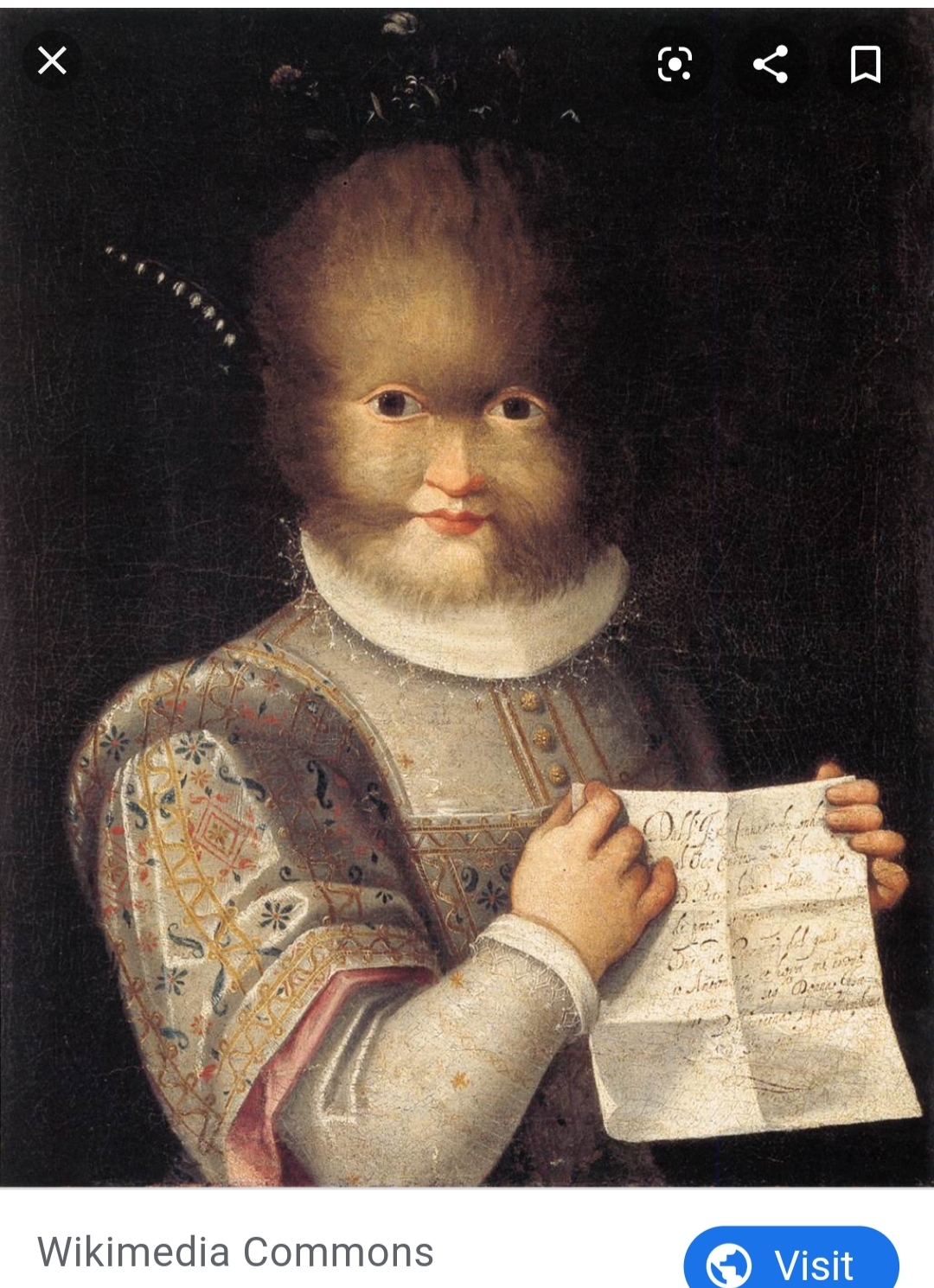 Antonietta was the daughter of one of the most famous Hypertrichosis sufferers, Petrus Gonsalvus, and his “normal” wife Catherine.

Antonietta was one of seven children. Three of her siblings were “normal” and three others besides Antonietta had hypertrichosis. The four who had the disease were taken from their parents and sold to various nobles around Europe. Antonietta, for instance, was sold to a family in Bologna, Italy. Her three other hairy siblings have much less documentation to record their lives, but sketches and doctors notes from Antonietta survive.

One of the portraits of Antonietta that survive today was painted by Lavinia Fontana; which is shown here in this article. Because of the curious nature of Antonietta’s family, they were often painted and sketched, so an abundance of images of Antonietta survive. We just don’t know that much about her other than her appearance.