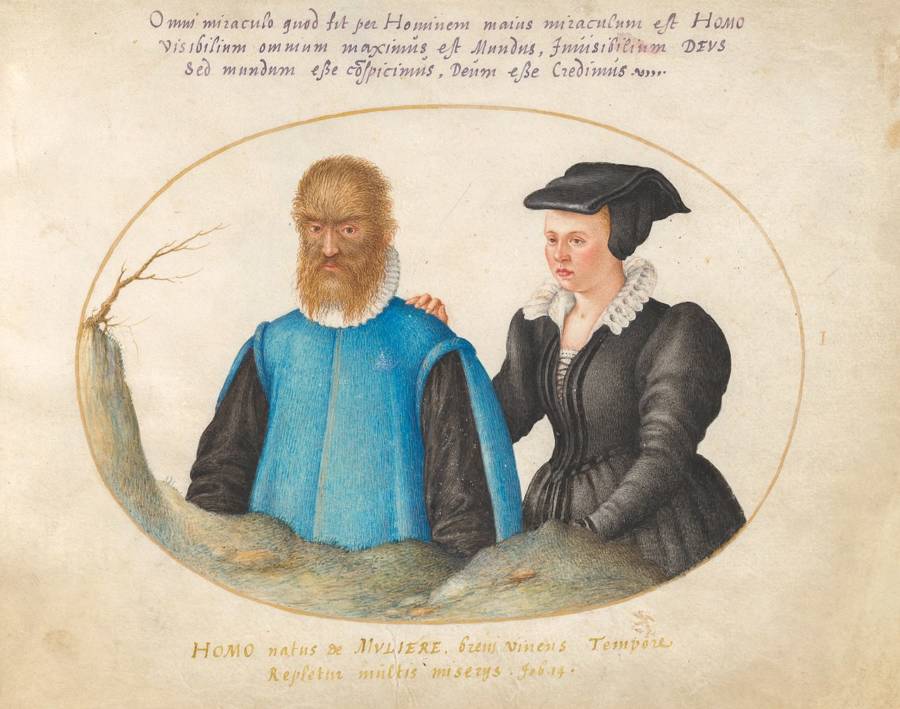 Beauty was a Real Woman, Believe it or Not

Catherine was the wife of a man named Petrus. Petrus suffered from hypertrichosis; and when he was brought to the court of Henri II of France at the age of ten, most believed he was a feral wild child who could barely speak. However, over time, Petrus learned to read and communicate as well as any other educated nobleman.

Eventually the court decided Petrus needed to get married in order to be a proper gentleman. By then, Henri II had died and his widow, the famous Catherine de Medici, decided she wanted to play matchmaker. Catherine chose the daughter of a servant who was known for her beautiful features and decided they would marry.

This is where our Catherine enters the picture. She had no idea she was being set up for a marriage with anyone, well, unusual. Catherine must have been stunned, to say the least, when she met her groom the day of the wedding, but seeing as this was the Middle Ages, Catherine wasn’t unable to back out or get divorced later if she wanted to.

While it is impossible to know today if Catherine and Petrus were actually in love, they did have seven children together. Some of the children were “normal” while four of them had hypertrichosis. All four of them were sold to other members of the nobility with the queen pocketing the money. Luckily all four children were treated like family members and not, well, slaves.

Eventually, Catherine and Petrus were allowed to retire and live with a Duke in Italy (or Spain, sources differ). And that’s about all anyone knows about Catherine. When she was born or when she died is unknown.

Today, Catherine and Petrus are seen as possibly inspirations behind the version of Beauty and the Beast written in 1740 by a French novelist.