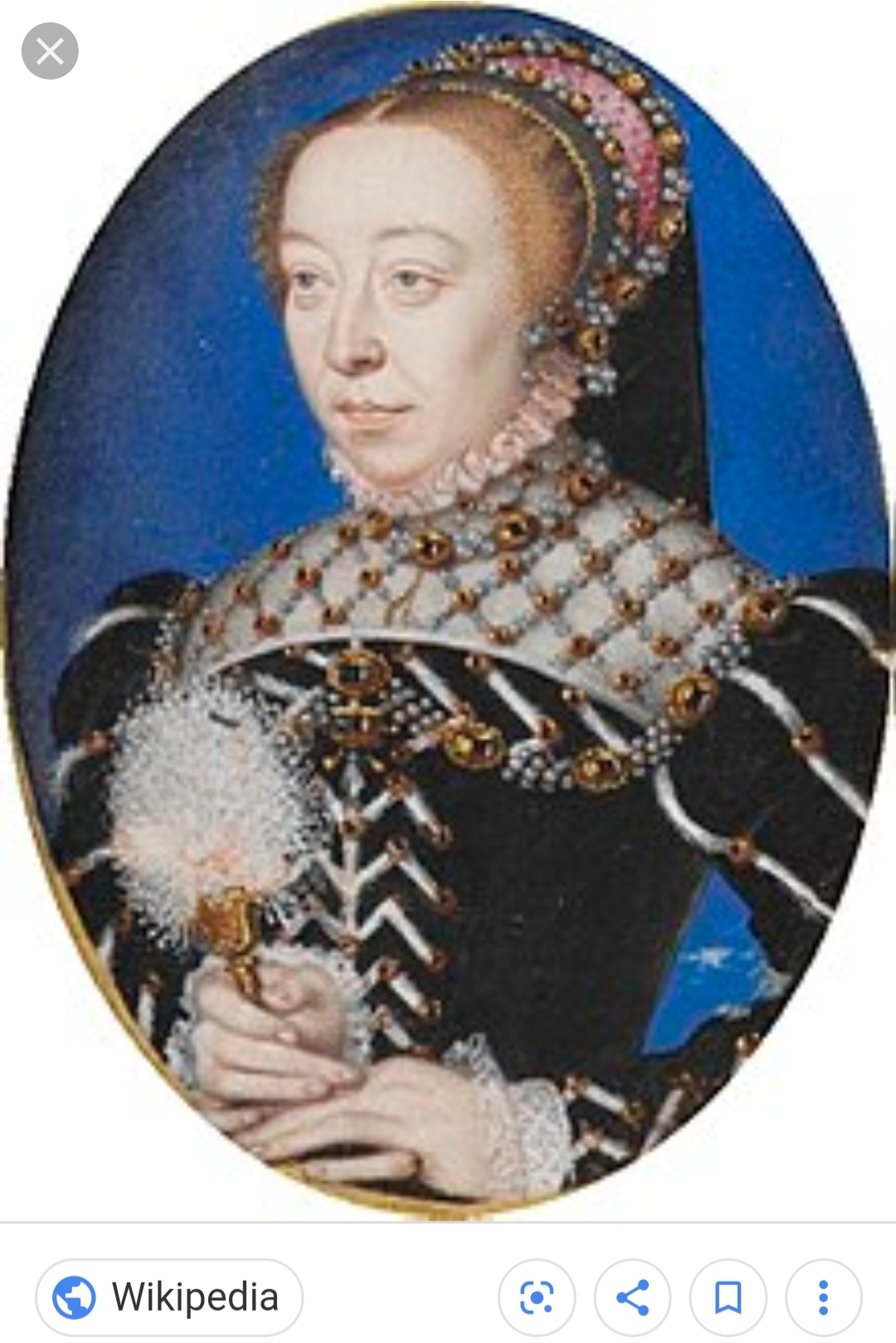 Queen of France, Serving as Consort, Regnant, and Dowager (Depending on the Year)

She was the wife of Henri II of France and subsequent Regent of France after his death.

Three of her sons would reign as king of France and she was very influential in the Catholic-Huguenot Wars.

Catherine was born of Italian nobles and orphaned within a few days; and was subsequently raised by nuns.

She married in 1533 and in 1547 her husband became king of France making her queen consort.

Despite her husband’s attachment to his mistress Diane de Poitiers their marriage produced ten children of whom seven survived.

Catherine’s reign was monopolized by civil wars and extremists trying to take the crown. She has also been accused of being responsible for the St. Bartholomew’s Day Massacre, but concrete evidence does not survive.

By the time she died France was sinking into chaos and her third son Henri III was murdered eight months after her death. However, Henri IV stepped in just in time to save the monarchy until the Revolution ended the monarchy in France for good.