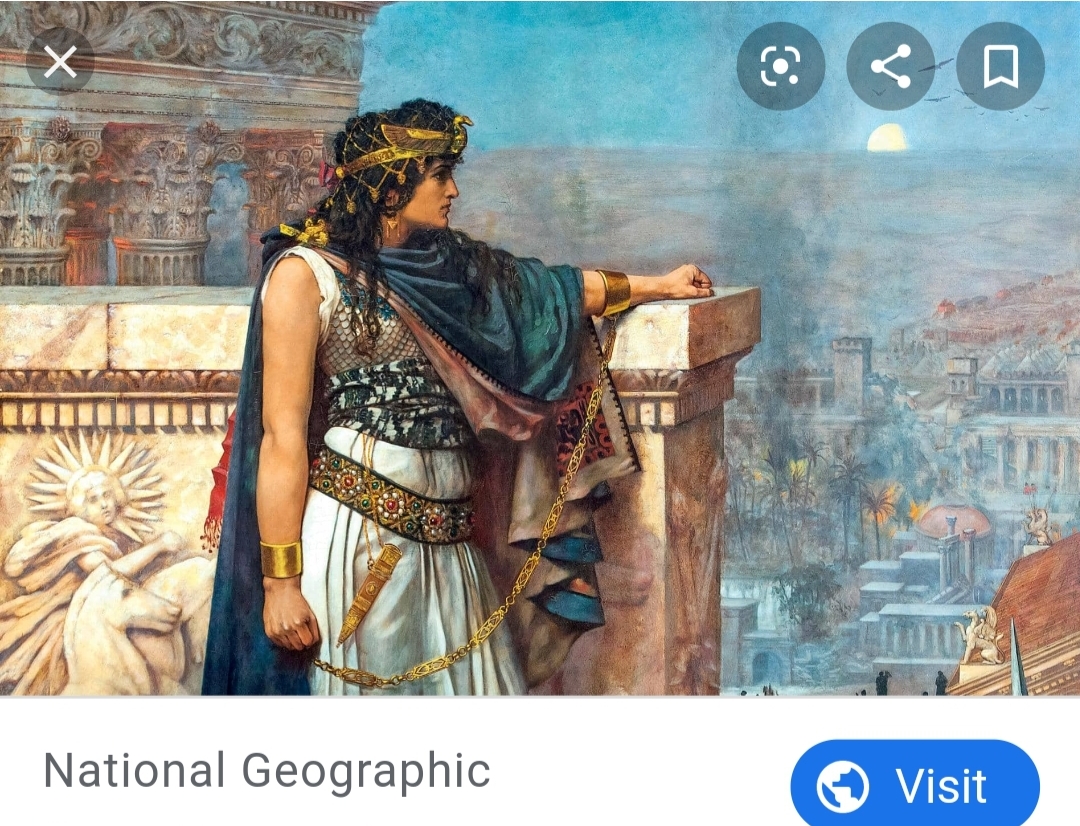 Queen of the Palmyrene Empire

Palmyra was known as the Pearl of the Desert and was located at a strategic point between the Roman Empire and the empires of Asia.

Zenobia was born a Roman citizen. At the time, Palmyra was a Roman Province, and her father had been granted citizenship before her birth, leading to her receiving the same status. Her education was wide, with her becoming proficient in Aramaic and Egyptian, and she at least studied Greek and Latin.

Zenobia’s husband, the provincial governor (who was powerful enough he was basically king in his own right), was murdered in 267 when their son was still a child—leaving Zenobia in charge. While ancient sources claimed she had her husband murdered in a bid for power, modern scholars suggest the more likely scenario of his nephew being the culprit, and Zenobia simply took charge as her son’s regent.

While ancient sources tend to differ on many aspects of her life; according to the Ancient History Encyclopedia (article linked below) one thing they did agree on was Zenobia’s attitude towards sex: that is was for procreation only and even after her marriage she’d never sleep with her husband unless for that purpose.

She quickly ensured that Rome recognized Palmyra as an equal and no longer under Rome’s control. However, it is important to note that Zenobia never directly engaged Rome in a military conflict; thus leading to conflicting accounts on whether or not she ever “rebelled” against Rome.

By 270, Zenobia had taken control of all the territory between modern day Iraq, across Turkey, and down through Egypt. She was known as an amazing horse rider, a woman who would follow her troops on foot for many miles, who could hunt as well as any man and outdrink anyone. In a word, badass.

By this time, a new emperor was on the Roman throne, and this one wasn’t happy letting a woman take control of large swaths of the empire. He decided to march on Palmyra and burned every town to the ground that supported their queen. He finally took mercy on one town (he had a dream from a philosopher that used to live there…and it’s a whole thing, in any case…) Once the other towns heard about his mercy, they all quickly turned their allegiance against Zenobia and to the Roman Throne.

One source reports Zenobia wrote the following to the Romans around this time, “From Zenobia, Queen of the East, to Aurelian Augustus [that’s the name of the Emperor who got all pissy and marched on Palmyra]…You demand my surrender as though you were not aware that Cleopatra preferred to die a queen rather than remain alive, however high her rank.” It should be noted this letter is most likely a later invention to try and make Rome look better, but whoever came up with it deserves praise.

It is known Zenobia was captured before crossing the Euphrates river, most likely by the Romans (more on that below), but whatever befell her afterward is not known for certain. It is said Zenobia claimed innocence upon being brought before the emperor, and blamed everything on her advisor, who was promptly executed. Then it is said Zenobia was brought back to Rome. One source says she and her son drowned on the crossing, one says she was tried and acquitted—then retired to a villa and married a Roman, another says she was paraded through Rome in chains—much like Arsinoë IV nearly three centuries before—and then promptly retired and lived out her days in a nice palace outside the city.

In a completely different source, this one Arabic in origin, Zenobia was never captured by the Romans at all (in fact, they’re never mentioned in this part of the narrative). In that source, Zenobia was running from a local tribal chief after she killed his son, and he captured her as she tried to cross the Euphrates. This story also has two endings: one states she poisoned herself to death, or she might have been executed.

According to Ancient History Encyclopedia, the most likely account of what happened to her is this: she was taken to Rome, tried, acquitted, and lived out her final days in the shadows; the emperor wanting to bring as little attention as possible to the woman who brought so much shame to the empire.

Sadly in 2015, the Islamic State destroyed most of what was left of the ruins of Palmyra for no reason.