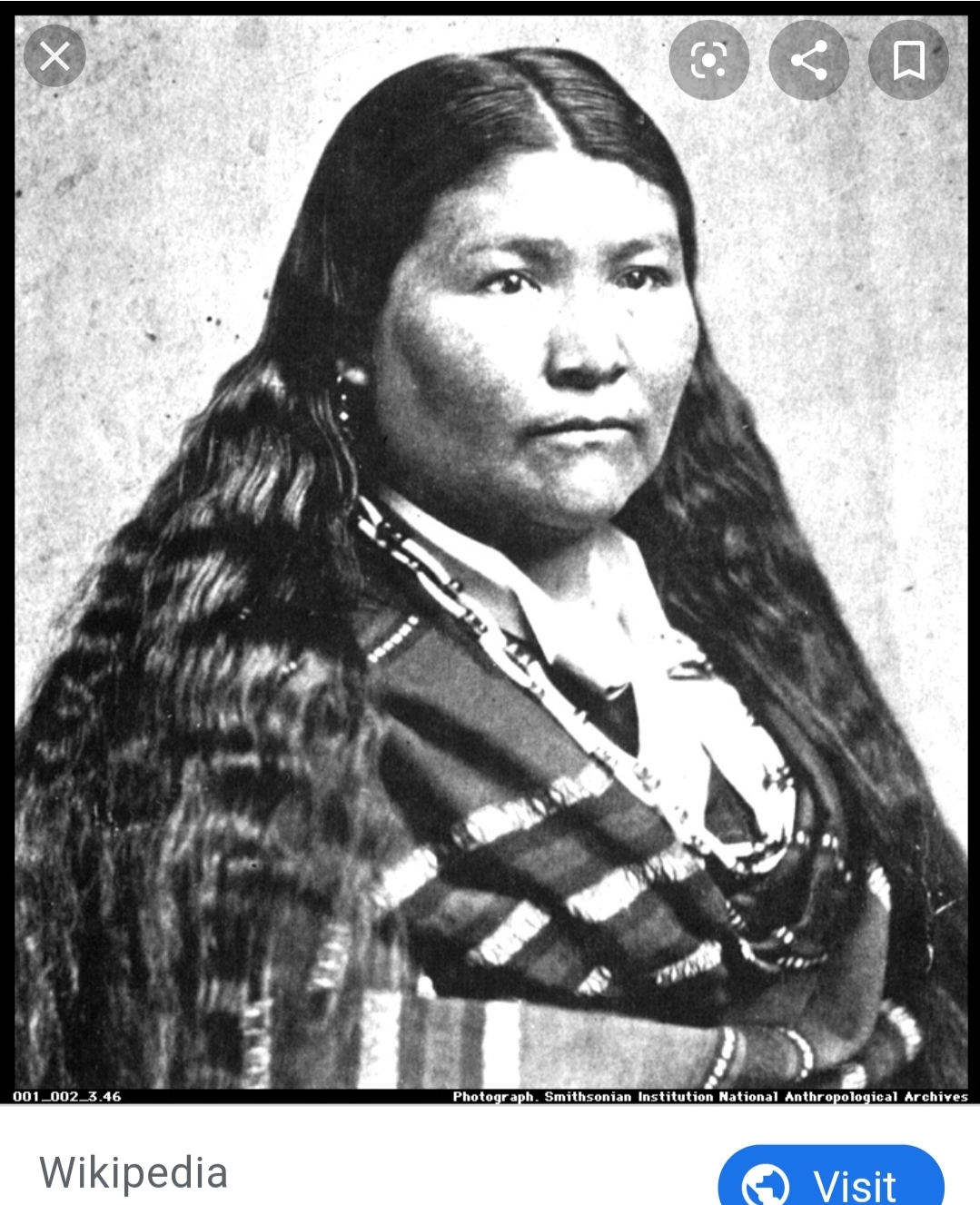 Later Called: Nonooktowa (or Strange Child) and then Winema (or Woman Chief [or Woman with Brave Heart])

The Modoc War (which took place between 1872 and 1873) was a conflict between the United States and the Modoc Native American tribe.

By 1870, the Modoc had gotten fed up with waiting for the federal troops to respond to their request. The majority of the tribe simply left the reservation and returned to their homelands near Mount Shasta in present-day California. A couple more years of bureaucratic back and forth eventually led to the federal government deciding they would create a separate reservation for the Modoc people. You’d think that would be a good thing. However, it was not. By that time the Modoc warriors and the federal soldiers had already been going back and forth and the war was on.

The leader of the Modoc at the time was a man known today as Captain Jack (Kintpuash). Captain Jack’s cousin was a woman named Winema, but better known as Toby. During the war, Toby worked as an interpreter between the federal troops and the Modoc, trying to find peace for her people.

Toby was sympathetic to both the Modoc side and the “white” or federal side of the conflict because of her own life story. Toby was married to a white settler, a man named Frank Riddle. At first, Toby’s family shunned her for daring to marry a white man, but they eventually came around and allowed her back into the family (after Toby’s husband learned the ways of a Modoc husband and gave his father-in-law several horses—we love a supportive spouse).

Toby’s first act to help furnish peace was acting as a messenger between the Modoc and the federal troops. She spent months going back and forth between the Modoc hide out and the federal troop camps. Because she was a member of Captain Jack’s family, she was mostly unharmed by her own people (some were still mad at her for working with the whites). Things came to a head, however, after Toby overheard some of her fellow tribesmen hatching a plot. The Modoc warriors had decided to assassinate several high-ranking federal officers. When she learned of this, Toby reached out and tried to save the white officers. One of them completely ignored her (he was later killed as well as another man) while another listened, and his life was saved (Toby shouted soldiers were coming, scaring off the Modoc warriors while they were in the process of scalping the poor man).

Two months later, the Modoc were fully surrounded and were forced to surrender to the federal troops. Though Toby would testify at the trial and attempt to get some leniency for her tribesmen; Captain Jack and three others were sentenced to death for the death and assassination attempt mentioned earlier. The other Modoc warriors who had been arrested at the end of the war were sent to Indian Territory in present-day Oklahoma.

Toby was awarded a pension by the United States government for her help in trying to keep the peace during the war. She was granted $25 a month. While the amount may seem small today, the action itself was extraordinary. The granting of the pension makes Toby one of the first women acknowledged by the United States Congress for the actions she took in a time of war.

After the war, Toby, her husband, and son traveled throughout the United States, trying to raise awareness for the plight of Native Americans across the country. However, Toby soon became homesick and the family returned to the Klamath reservation, where Toby and Frank lived for the rest of their lives.

When Toby passed away from influenza, she was one of the last remaining survivors of the Modoc War. In 1954, the Klamath reservation was dissolved and sold by the federal government. Most of the money was given to the former residents of the reservation, while the majority of the land was set aside and turned into the Winema National Forest. The Modoc and Klamath people would not regain federal recognition until 1986; but even with federal recognition once more upon them, the tribes failed to regain their former reservation or tribal lands.

Toby has been honored with a gravestone marker placed by the National Society Daughters of the American Revolution (in 1932). The marker was placed by the Winema (Corvallis, OR) and Eulalona (Klamath Falls, OR) Chapters.