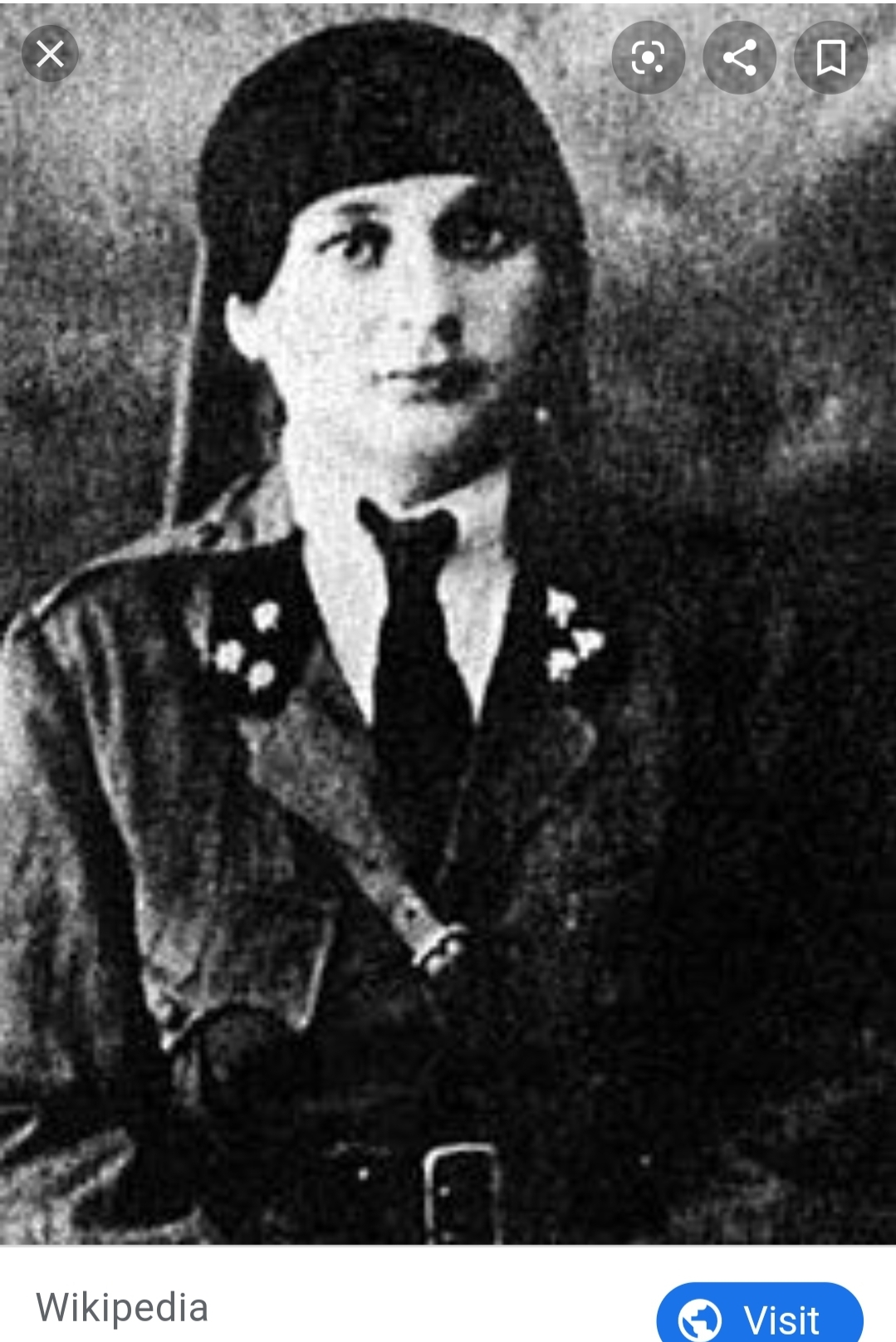 Joan of Arc of the Arabs

Naziq was a Revolutionary and Suffragette born into a wealthy family.

She spoke five languages, started the Syrian Red Crescent and Noor-al-Fayha (Light of Damascus, the first women’s organization in the city), was the first female general in Syrian history, and is the possible record holder for the greatest number of times to be sent into exile.

Naziq was first exiled after trying to get people to protest against her Turkish teachers in Mosul for discriminating against the Arab students (Naziq herself was Kurdish, so to say she understood what it meant to be hated by the Turks was an understatement). Her second exile came after heading to Damascus; she started a women’s rights organization (the first in Syrian history) that also advocated for Syria becoming free of the Ottoman Empire. Naziq went to her second exile (with her family in tow) only to return after the Ottoman Empire went away and Syria became free.

Now only sixteen, Naziq went right back to her old ways, trying to get women the right to vote (and was promptly pelted with rocks for her efforts). Syria was free for the first time in four hundred years, so Naziq figured the best way to start off this brand-new country would be through equality and all that jazz. Very few others agreed with her.

She eventually met the US Ambassador (without wearing a veil) to beg for help, however four months after Syria became free the king surrendered to the French to avoid what would probably be a bloodbath. That’s right, after only a third of a year, Syria was back under the dominion of a foreign power. It was good while it lasted.

However, the Syrian Minister of Defense gathered 1,500 soldiers in the hopes of taking on the French (one of those soldiers was Naziq). The French had 9,000 properly trained soldiers with weaponry to back them up. The Syrians were a ragtag group of fighters, some with no military backing at all. Naziq was the only woman out of the 1,500 soldiers, but she didn’t let her gender hold her back.

Pictures of her in military uniform with a rifle and no veil made it to the newspapers around the world (giving her the titles the Sword of Damascus and Syrian Joan of Arc.

After the resistance failed, and the French grip on Syria tightened, Naziq was exiled a third time.

Two years later she came back and started her women’s rights organization, a school for orphans, and the Red Crescent (Syria’s version of the Red Cross). She was only allowed to return with the promise she gave up politics, and Naziq figured these other activities weren’t technically political.

After all that, she somehow pissed somebody off and was exiled a fourth time. This time she wound up in Jordan.

Naziq came back again and smuggled supplies to anti-French rebels. She provided food and munitions to the people fighting for Syria’s freedom. Naziq worked as a medic and opened another women’s organization as well.

After the French caught wind of her activities, and handed down an arrest warrant, she fled to Lebanon (Some historians count this as exile number five even if it was self-imposed). While in Lebanon, Naziq met the man she would eventually marry, quite a few years down the line once her life calmed down a bit.

Naziq was able to return to Syria and by the time she died women were joining the workforce and the future for women in her country looked bright. Ten years after Naziq died, women were even being elected to Syria’s parliament.

If only things in Syria had stayed that way.