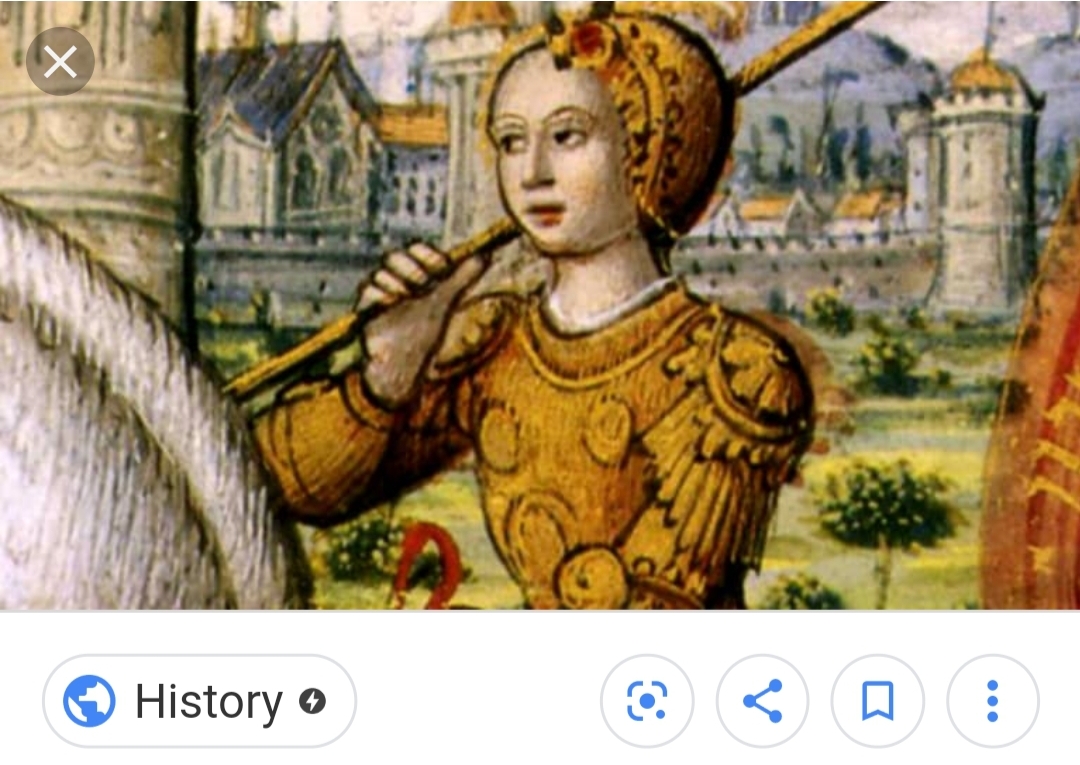 Jeanne grew up as a peasant farmer in the French countryside. At the age of thirteen she began to receive messages from Angels sent from God.

Jeanne believed it was her divine mission to help place the rightful king of France back on the throne. She left home at the age of sixteen after her father tried to arrange a marriage for her (Jeanne had taken a vow of chastity after beginning to hear the angels).

Jeanne began her journey in May of 1428 with a band of followers who believed she was prophesied to return France to glory and restore the rightful (Catholic) king.

During this time, she cut her hair short and began to wear male garb; for some time, Jeanne was victorious in fighting the English back and forcing them to give up territory back to the French people—she also helped ensure Charles VII was crowned King in July of 1429.

Jeanne was captured in the spring of 1430 and brought to trial against seventy charges—most concerning heresy for being a witch and wearing men’s clothes. Charles did nothing to try and negotiate her release.

Under duress, she broke the following May and signed a confession but soon after was caught wearing men’s clothes again and was sentenced to death.

Jeanne was burned at the stake at the age of nineteen.

Twenty years after her death a new trial was ordered, and she was found not guilty on all charges.

In 1920 she was officially canonized a Saint by the Catholic Church.

Heroines of God: Saints for Girls by Daniel A Lord

Joan of Arc by Tabatha Yeatts

Joan of Arc: A Life Transfigured by Kathryn Harrison