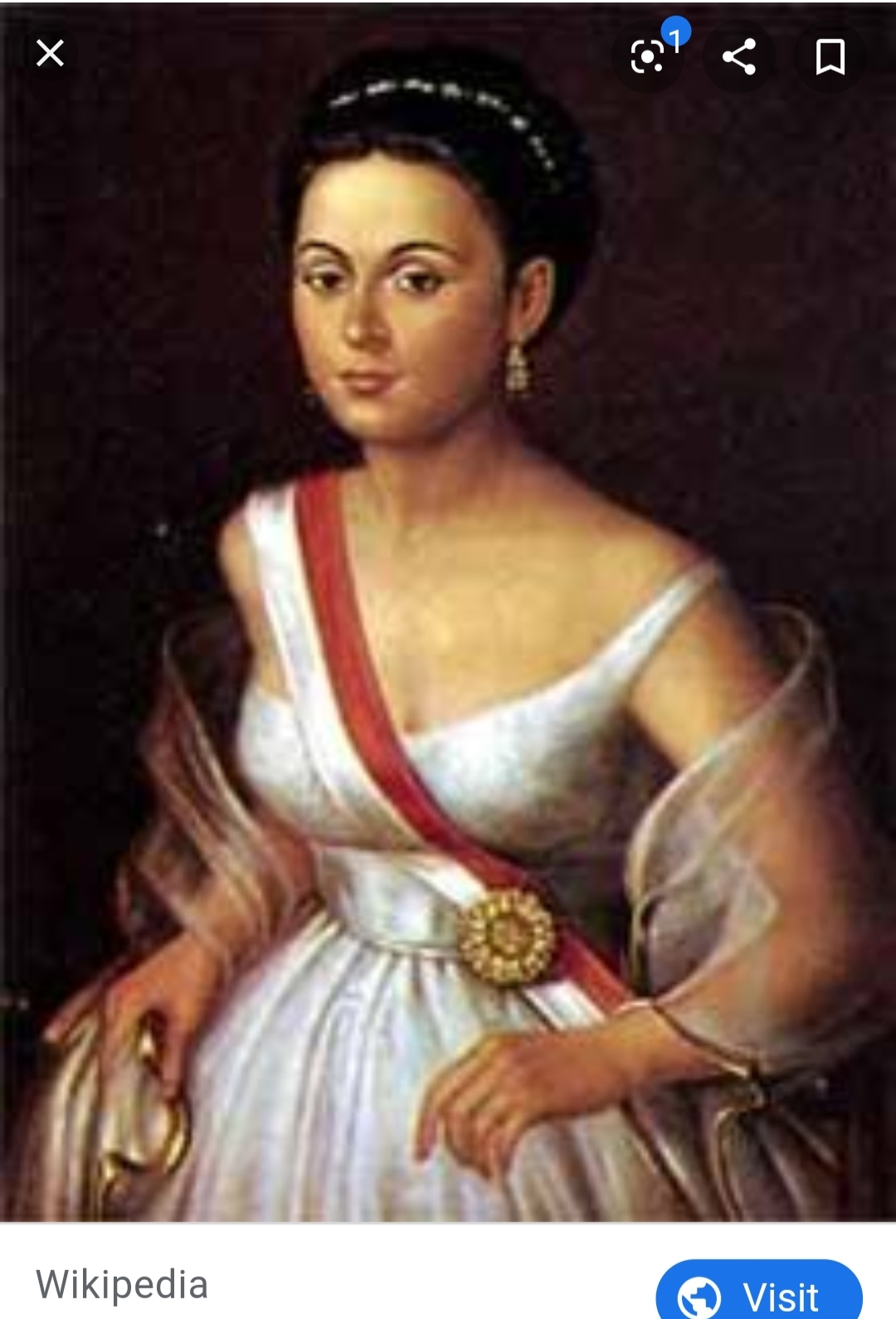 "If even the withdrawal of this hero from public life has failed to calm your rage and you have chosen me as your target, I can say to you: you can do whatever you want to me, you can threaten my very existence, cowards that you are, but you cannot make me betray my respect and friendship for General Bolívar and my gratitude to him. Those of you who consider this to be a crime reveal only the pettiness of your own minds, while I demonstrate the constancy of my spirit by vowing that you shall never make me vacillate or fear."

Manuela was promoted to Colonel for her bravery in combat after fighting at the battles of Pichincha and Ayacucho.

Manuela’s early life was pleasurable but also uncomfortable at times. She was the illegitimate daughter of a Spanish gentleman at a time when being illegitimate was a big deal. Manuela’s first years were in her maternal grandparents’ home and later a ranch. On the ranch, Manuela learned the classics and how to speak English; she was also taught how to ride a horse. She also learned how to swear, drink, and smoke and became friends with the African servants her family employed. So, she had a privileged upbringing, but also did just about everything she could to not be a normal high society gal.

Her mother died at some point (sources vary), and after Manuela was sent to live in a convent (or possibly even before, again, sources differ). Manuela left the convent after marrying a British man named James Thorne in 1817. Manuela was a young girl, barely twenty, and James was forty. Jason Porath of the Rejected Princesses summed up James thusly, “an English merchant with all the personality of a bowl of oatmeal.” Yikes.

After the wedding, James and Manuela headed to Lima, where Manuela was first introduced to the liberation movement (or she possibly already knew about it; again, sources can’t make up their minds). All across South America, the people were growing tired of being colonized by European powers. They were united under the hope of one day governing themselves, and that fervor was inviting to Manuela.

While living in Lima, Manuela began hosting political salons and raising money for the independence movement.

By 1822, Manuela had left her husband and returned home to Quito (possibly to collect an inheritance). It was there that she first met the man she would forever be linked to. Today, he is remembered for helping liberate Venezuela, Peru, Colombia, Panama, Ecuador, and Bolivia from Spanish rule.

General Simon Bolivar (whom Manuela was romantically involved with) called her the “Liberator of the Liberator” after she risked her life to save him from an assassination attempt (she actually saved him twice). Bolivar was a widower who had vowed never to remarry, instead he would spend the rest of his life fighting to free Venezuela, and other large swaths of South America.

Soon, Manuela and Simon were traveling together across the continent. Manuela adopted an outfit of red pants, a plumed hat, and a black velvet pancho; happy that she had been taught to ride a horse in her younger years. Manuela was also able to fight with a sword and pistol after learning from the other men. Manuela became Simon’s chief confidant and advisor. She cared for him when he was sick and read to him when he was tired (by the time they met, Simon was already sick with tuberculosis). Manuela was also trusted to care for Simon’s personal papers and was called “Bolivar’s woman” by the troops. Around this time, Manuela was also granted the title Colonel.

After Spain was finally forced out of South America in 1824 at the battle of Ayacucho, Manuela moved to modern-day Bolivia with Simon; and yes the country has been named in his honor. At the time, the area covering Venezuela to Peru was part of a very short-lived country called Gran Colombia. Twice in the ensuing years, Manuela would save Simon from would-be assassinators (and neither time did he ever credit her, instead the second time he told reporters he’d escaped all on his own—even though Manuela was beaten by the assassinators and almost killed!). Simon would see himself rise to the most well known and beloved figure in South America to a hated war hero, accused of committing atrocities and lying about his war exploits (in truth, he really should stand at an in-between place in history, at least in my, the author's, opinion). Manuela’s reputation was torn down beside Simon’s. She was called a prostitute and mocked for her loyalty to a man now considered nothing more than a mass murderer.

With all their money gone, and Simon becoming sicker and sicker; the pair decided to leave the South America they had fought so hard to free. They wanted to sail for Europe to start a new life there. However, the money completely ran out before they reached port, and Simon sent Manuela away. During this time, Manuela learned she was going to be burned in effigy by one of Simon’s enemies.

After Simon’s death later that year (1830), Manuela was exiled to Colombia and later Jamaica, then to Ecuador before she settled in Peru her last twenty-five years. While in Peru, Manuela ran a small shop for sailors. She is reputed to have had customers ranging from Giuseppe Garibaldi (maybe his wife Anita was with him?), Herman Melville, and Ricardo Palma. She died during a diphtheria epidemic, ten years after a dislocated hip rendered her even more destitute.

Manuela was buried in a common grave, and unfortunately for history, the townspeople burned Simon’s papers which Manuela had protected for so many years. They burned the papers in order to hopefully halt the spread of the disease, but in the process, they also destroyed a huge piece of South American history. Thankfully, Manuela lived long enough to see Simon’s reputation restored to a hero of South America.

Manuela’s legally wedded English husband James kept sending her money throughout her life (which she refused) and also left her money in his will when he died (which she still refused). This despite the fact Manuela had repeatedly sent him less than flattering letters throughout the years; claiming she loved Simon more than James and yatta yatta yatta. At one point, Manuela even wrote, “Let’s make a deal: in heaven we’ll marry again, but on earth, no.” In contrast, Simon completely left her out of his Will—nice.

If her life story doesn’t seem badass enough on its own; you should probably also know Manuela had a pet bear for a time; because why would she not?

In 2000, Manuela’s story was turned into a Venezuelan film, entitled Manuela Saenz.