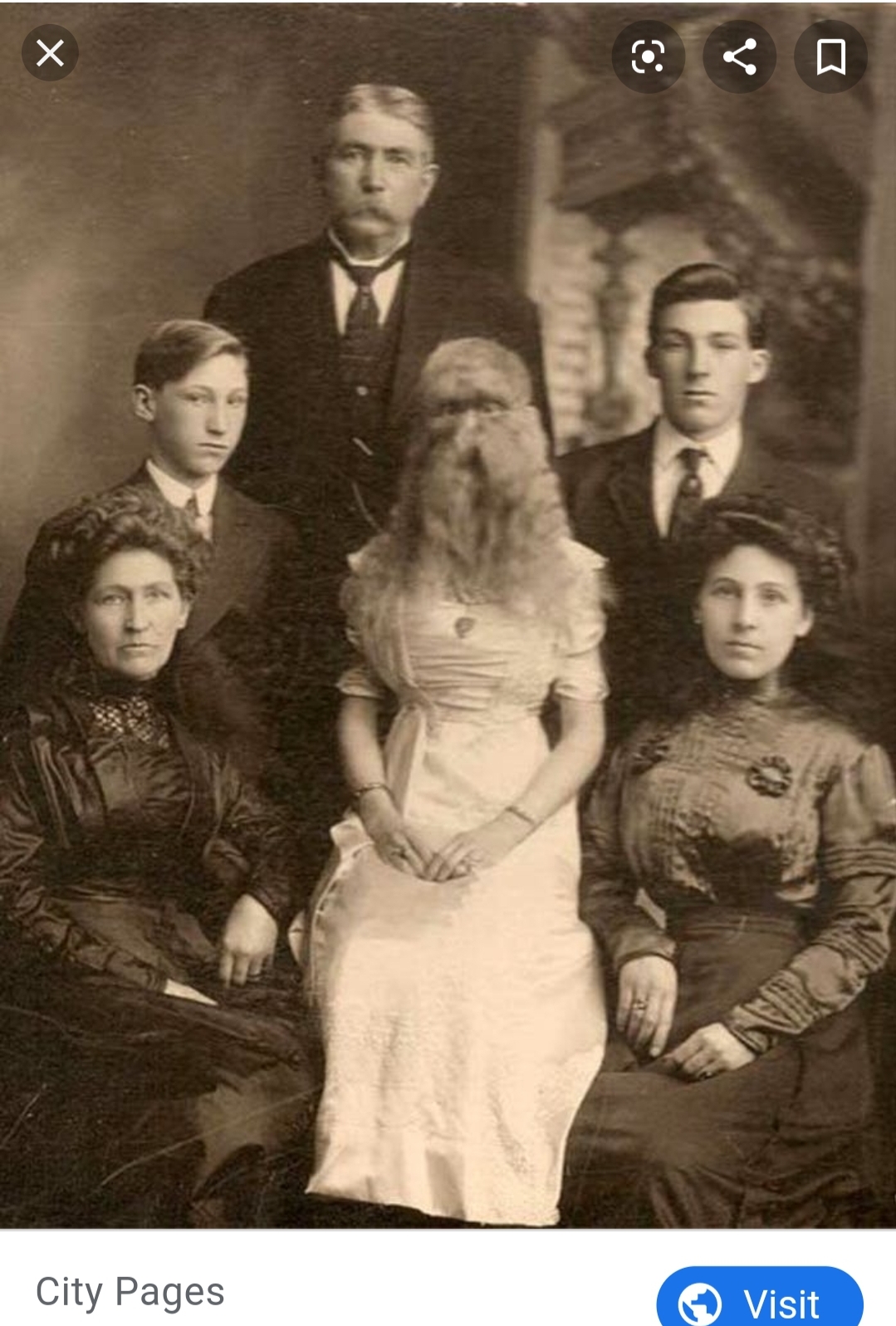 Hypertrichosis is a genetic trait that makes hair grow out all over your body.

Alice is the only known person to be born in the United States with the even rarer subset of the condition called hypertrichosis lanuginosa (or “dog-faced” hypertrichosis). She was born with approximately two-inch-long blonde hair all over her body. No other member of Alice’s family suffered from the condition.

She first stepped on stage at the age of two. At the time, Alice had no teeth and showed no signs of ever growing any. She was also described as being as “frolicsome as a kitten.”

Alice never liked the show business and retired in 1915 with enough money to live out her days in peace. She passed away at the age of forty-six; never having married or having children.