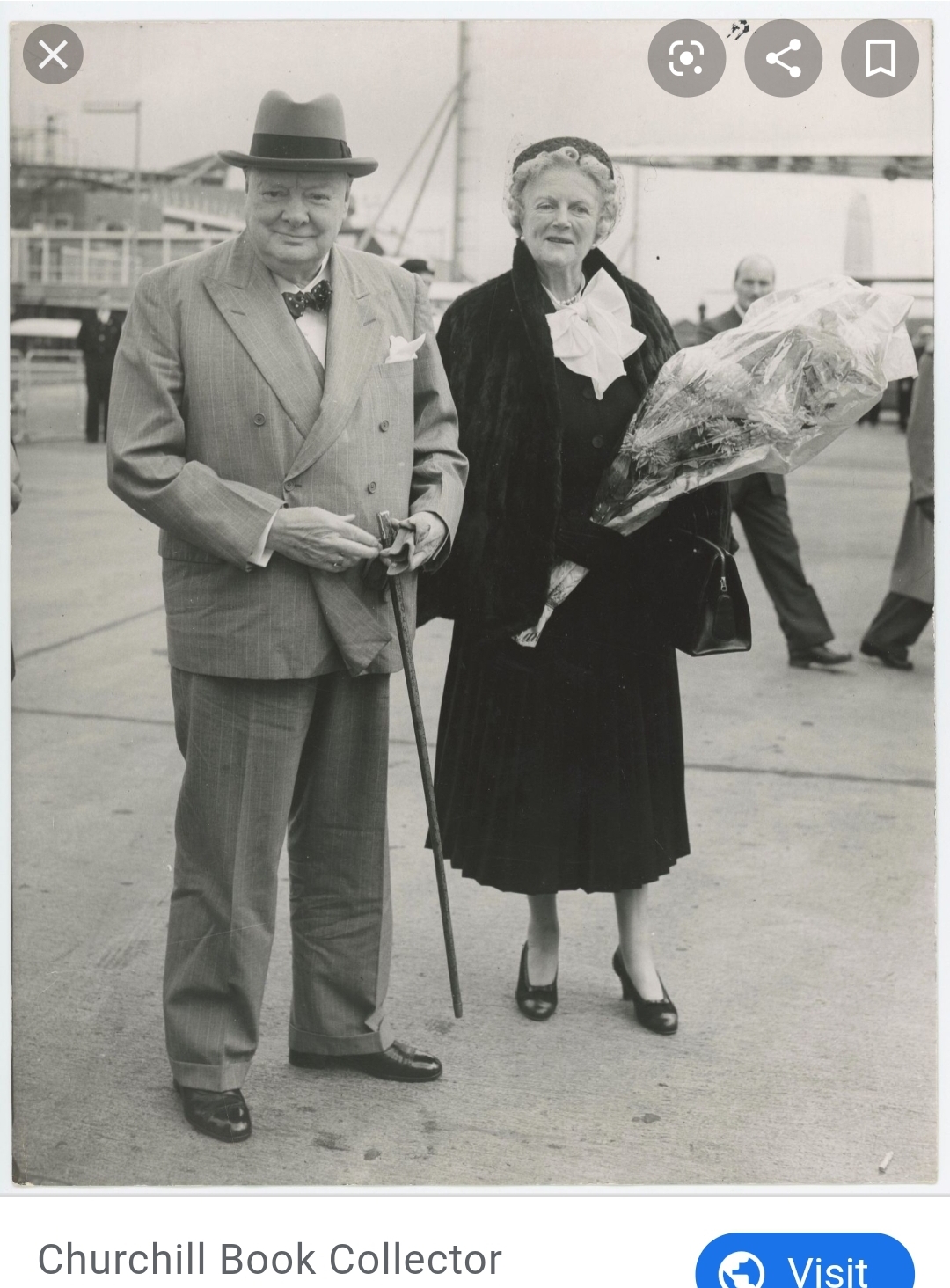 So Much More Than Winston’s Wife

Nobody knows for certain who Clementine’s father was (her aristocratic parents were notorious for having affairs and hating one another, and her “father” left her mother when she was six). The man who was most likely Clementine’s biological father happened to be her uncle, her mother’s sister’s husband. Clementine’s aunt and the wife of her possible father was also named Clementine, making this already twisted family tree just a bit more confusing.

After Clementine’s mother became divorced from Clementine’s “father” (at least in legalese), Clementine and her older sister went to live with their “father’s” sister, who evidently thought the best way to discipline a child was through a whip. Luckily the arrangement didn’t last long, and soon Clementine was being raised by a governess. She never had quite enough food and lived very modestly. This stark contrast to the way her future husband was raised would be invaluable in Winston’s political future.

Eventually, Clementine was returned to her mother. Though her mother’s ex-husband refused to pay for any of the bills, so Clementine’s struggles with money were far from over. Eventually, her mother moved Clementine and the other children to France, where their hardships continued, albeit away from the prying eye of the British aristocracy. After a few years of this, Clementine’s “father” paid a visit and, I kid you not, literally tried to kidnap Clementine and drag her back to England. Luckily Clementine was able to escape.

After Clementine’s beloved older sister Kitty died, the family returned to England. It was here that Clementine was enrolled in grammar school. Her teacher would encourage Clementine to take up a variety of causes, including raising money for the poor, championing suffrage (something Clementine was eventually able to get Winston to support, despite his own mother Jeanette’s beliefs), and use her big beautiful brain to think of politics and other things beyond the role of a normal housewife.

Clementine hoped to continue her studies at university, but her mother would have none of it. Clementine was now a beautiful young woman and would be her mother’s ticket back into high society. Losing that ticket to a university education simply would not do. She received so many hopeful queries from suitors Nellie, Clementine’s sister, kept them in files labeled “Rejected” “Pending” and “Accepted.” In fact, Clementine was engaged three times (twice to the same man) but she broke off each of her own accord, wanting to marry someone exciting and, well, not boring.

By 1908, Clementine was teaching French to earn money, and was worried she would never marry at all. One night, she accepted an invitation to a dinner party. Guess who also happened to be in attendance? Winston Churchill. Six months later, they were married, and would stay married for fifty-seven years, until Winston passed away.

In 1909, Clementine saved her husband’s life after a Suffragette tried to push him in front of a moving train. She had to literally grab him by his coattails as he went spinning towards the tracks, but she did it, Winston survived. In fact, she helped him through his entire career and personal troubles and should be remembered for it.

However, their marriage was far from perfect. One time, Clementine even flung a plate of spinach at Winston after they fought over money. Clementine was also much more liberally minded to Winston’s conservative views, and both parties suffered from frequent time spent apart. The stress was so much that Clementine suffered at least one mental breakdown, but nothing kept her down long.

During World War One, Clementine organized canteens to raise munitions for soldiers through the Young Men’s Christian Association in London. During World War II, she served as the Chairman of the Red Cross Aid to Russia fund, the President of the Young Women’s Christian Association War Time Appeal and the Chairwoman of Fulmer Chase Maternity Hospital for Wives of Junior Officers.

Of Clementine and Winston’s five children: one daughter died aged two, one daughter committed suicide, their son grappled with suicide attempts and depression, and one daughter married three times (once without her parents’ knowledge). The only child to grow up without any public struggles was their daughter Mary, and this was because she was born after Marigold’s death at the age of two. Mary was raised by her parents and was shown love and affection. The older children, Sarah, Diana, and Randolph, all struggled as shown above.

Clementine hated publicity and became a bit reclusive in the twelve years she lived after Winston’s death.

Clementine: The Life of Mrs. Winston Churchill by Sonia Purnell

The Roosevelts and the Royals by Will Swift