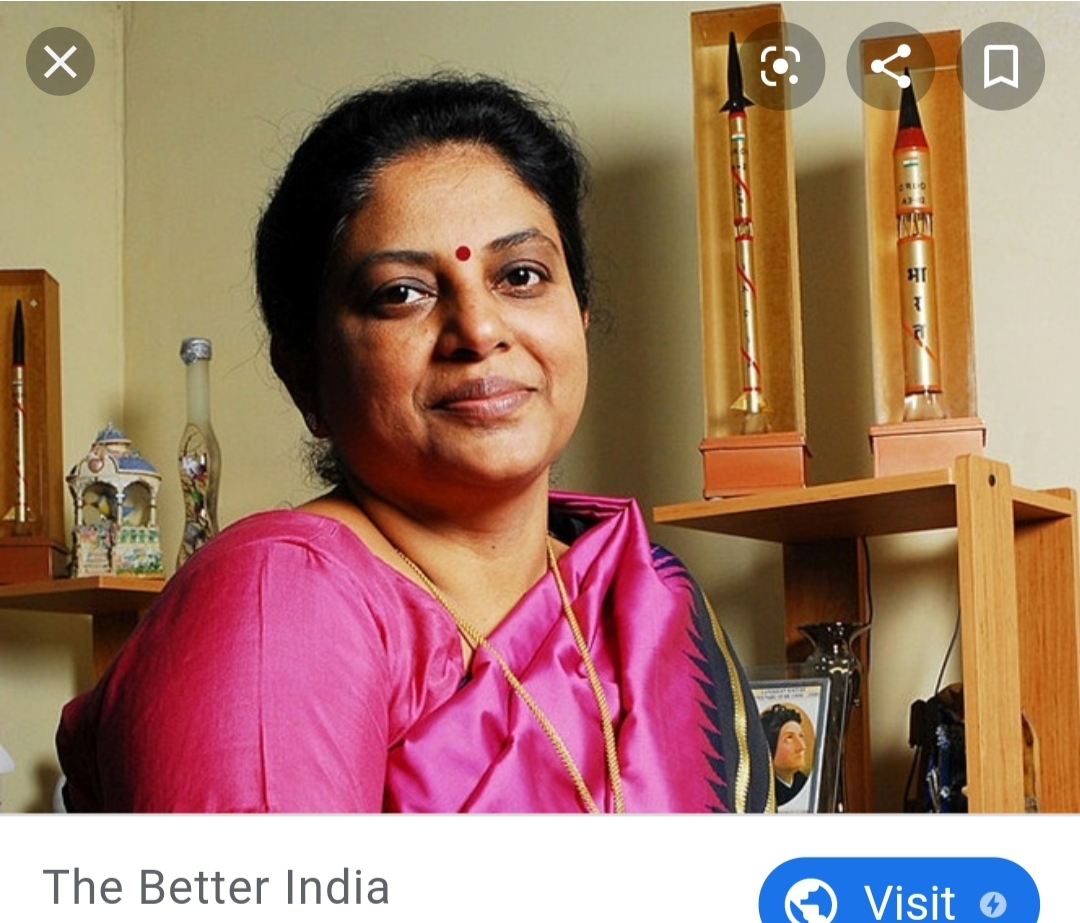 "Gender Does Not Matter. You work as a scientist, not as a woman."

Tessy is the Director General of Aeronautical Systems and the former Project Director for Agni-IV and Agni-V in Missile Defense Research and Development Organization (India).

She is the first female scientist to head missile projects in India; giving her the nickname Missile Woman.

In order to be fully transparent, I feel I should include an article from 2018 stating Tessy helped cover up a claim of sexual misconduct concerning her employees. In the Economic Times of India article (linked below), a female staffer reportedly claimed she was being sexually harassed by a male coworker, and Tessy made it all go away.