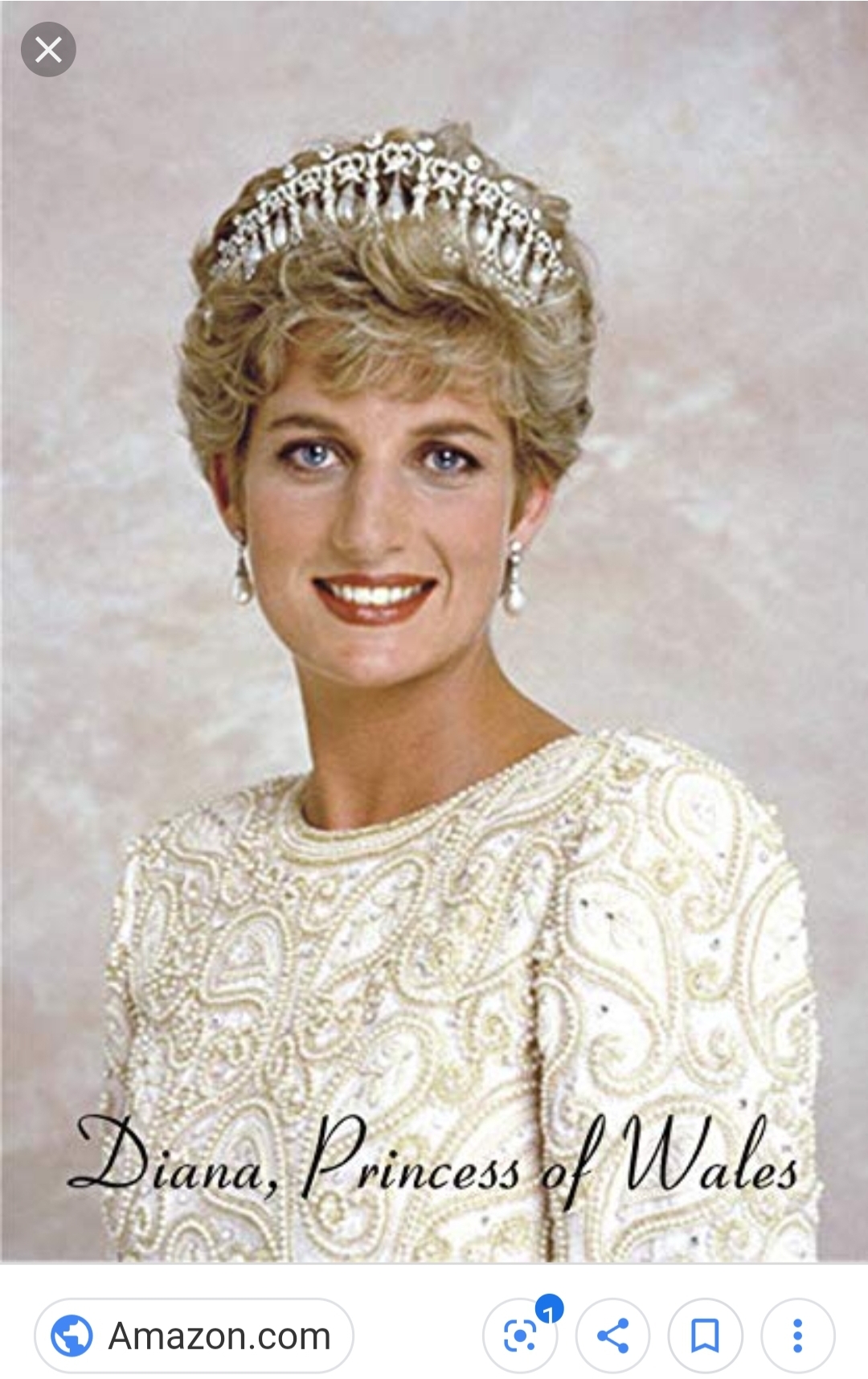 She was born into an aristocratic British family and grew up in Althorp Manor upon her grandfather’s death and her father’s ascension to be the 8th Earl Spencer (at this time she was also given the title of Lady).

It was at Althorp in 1977 that Diana and Prince Charles first met but they did not start considering a relationship until 1980—when Diana was nineteen and Charles was thirty-two. At the time Diana was working part-time as a Kindergarten teacher in London and the press began to hound her every second of every day.

Diana and Charles wed in July 1982 with reportedly 750 million people listening on the radio or watching the wedding on television.

Diana has two sons: William and Harry, both of whom are now married with children of their own.

Diana was the first “celebrity” to be photographed shaking hands with an AIDS patient without wearing a glove of some sort. She was also known for touching leprosy patients without fear for her own health.

After Diana and Charles divorced in 1996 the queen stripped Diana of her HRH title and she was thereafter referred to as simply “Diana, Princess of Wales.”

In the last year of her life Diana’s passion shifted to wanting antipersonnel land mines removed from the poorest countries of the world.

Diana was killed in a car accident in Paris alongside her boyfriend Dodi—with many blaming the paparazzi and press for causing the accident.

Time Magazine's 100 Women of the Year (Diana appears in the 1987 article, "Diana, Princess of Wales”)