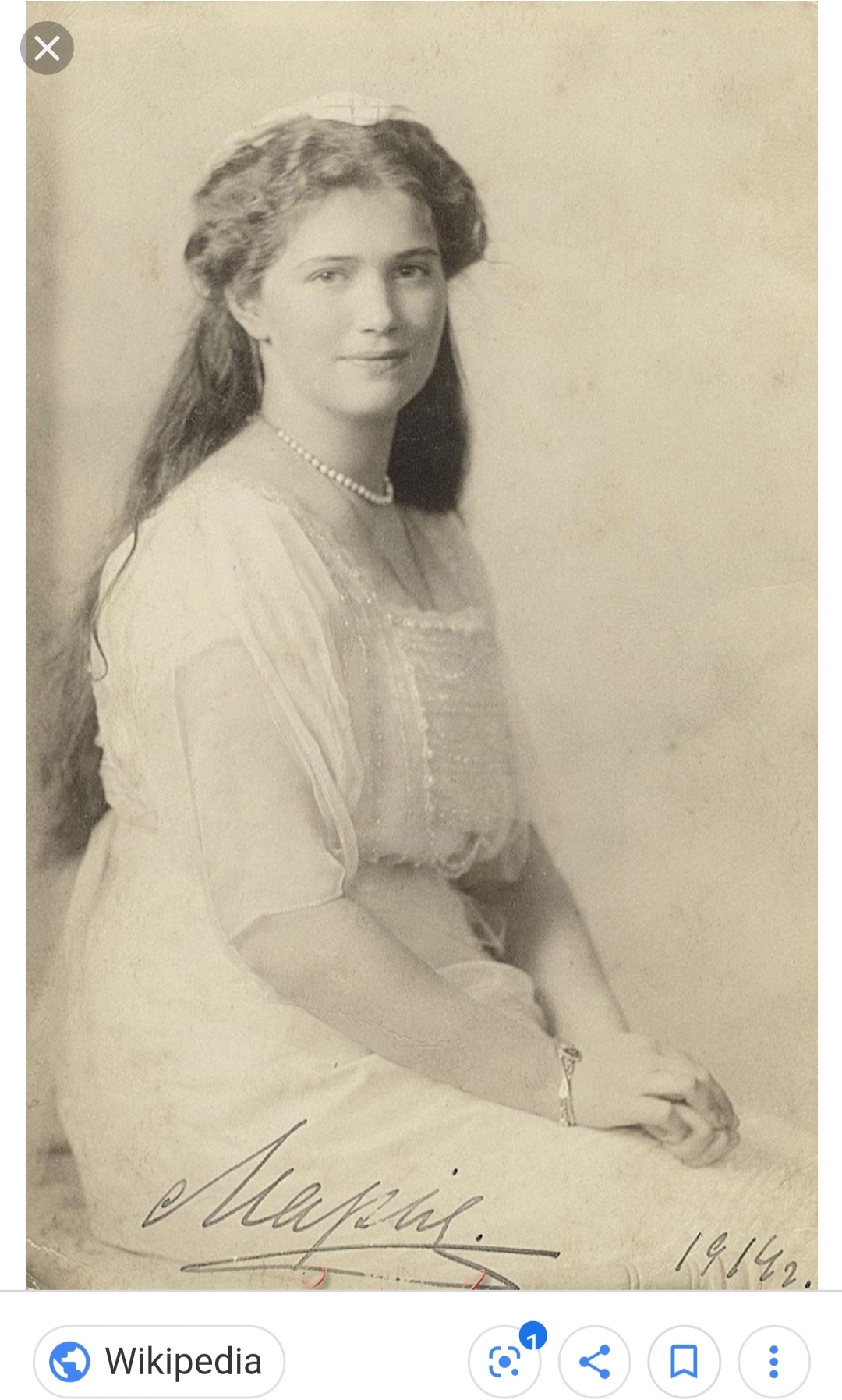 Russian Grand Duchess and Third Oldest in Her Family

It is said that when Anastasia (Maria’s Younger Sister) would go around teasing people and kicking them Maria would follow behind apologizing profusely.

Maria was also known as being the most beautiful of her sisters.

Lord Mountbatten was their cousin and wanted to marry Maria—he kept a photo of her by his bedside until his death.

In 1916, the entire imperial family became political prisoners to the new Bolshevik Regime after Nicholas II (Maria’s father and the Tsar) abdicated the throne amid political and social upheaval and turmoil. In July of 1918, the Bolsheviks determined it was too dangerous to let the family live and ordered the executions of them all.

The four sisters, Alexei, their parents, and several servants were all shot and bayoneted to death in the basement of the house they were staying in.

Biography.com wrongly states that Anastasia’s body was recovered beside her brother Alexei’s; in actuality it was Maria’s body found near Alexei’s.

Maria and Alexei’s bones were only discovered in 2007—after the rest of the family had been buried in St. Petersburg—without full rites because the Orthodox Church of Russia contested the DNA findings.

Maria and her brother remain in cold storage in a university laboratory awaiting burial.

The church refuses to recognize the bones as authentic because the family was canonized in 2000 and if they are in fact authentic (read: they are) they would then be Holy Relics, which apparently puts burying these children (Maria was nineteen and Alexei thirteen at the times of their deaths) beside their family so they can actually rest in peace a bit of a conundrum.

Maria’s Actual Title in Russian Was Velikaya Knyazhna—a more accurate English Translation would be The Grand Princess. Her title also made her an Imperial Princess, which made her higher ranking than all other European Princesses who were “only” Royal Highnesses.