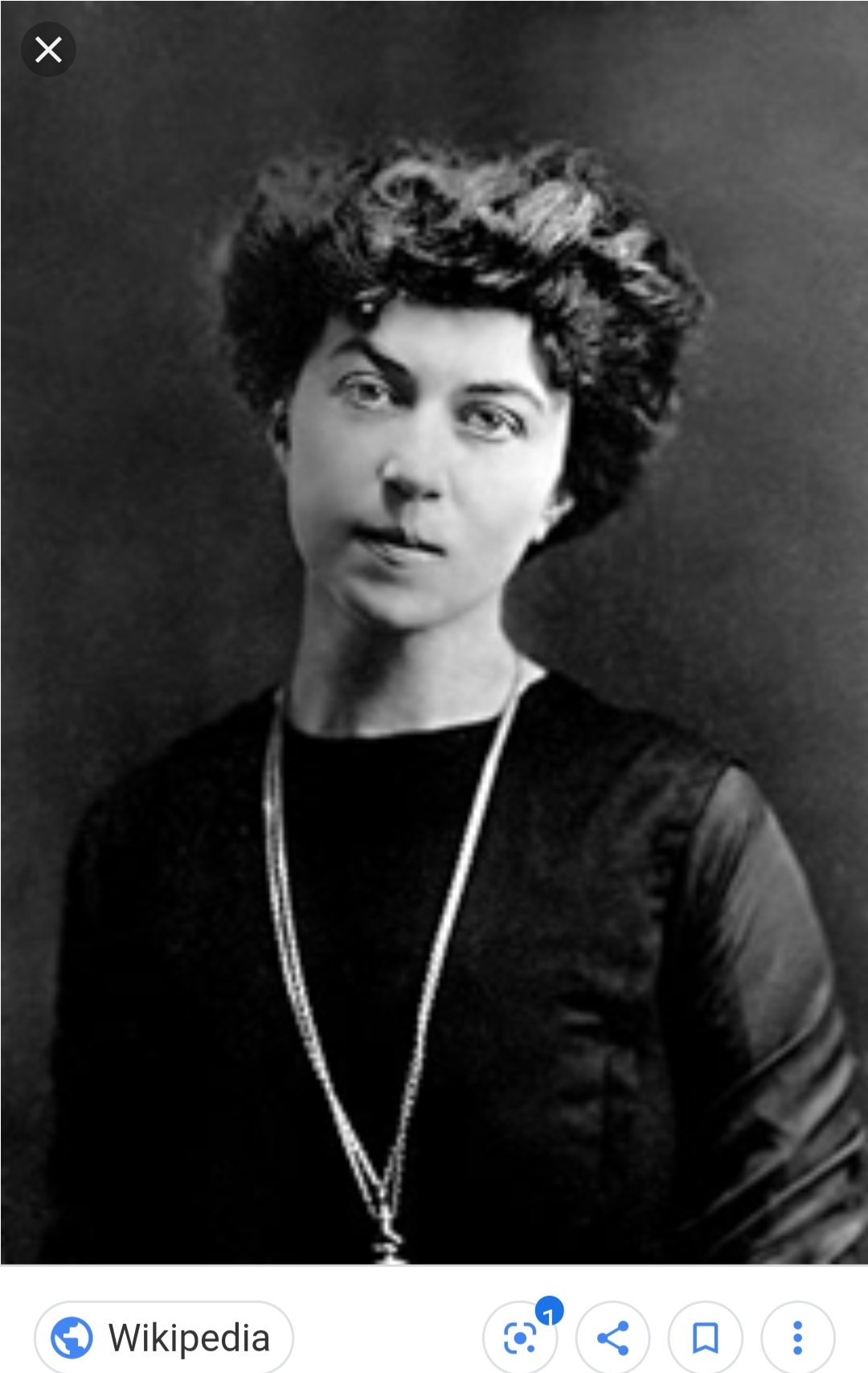 Her mother and nanny refused to educate her but a neighbor who was a literary historian stepped in and gave her private lessons suggesting she become a writer.

Alexandra married and had a son but left after three years of marriage deciding that life wasn’t for her.

She participated in what would become known as Bloody Sunday (the 1905 one in Russia).

In 1908 she was forced to flee Russia after her idea of overthrowing the Tsar didn’t go over too well.

During World War I she was bounced around Europe because of her views on socialism and the war in general.

In 1915 she joined the Bolshevik Party and returned to Russia to overthrow the Provisional Government.

In the new government she was appointed Commissar for Social Welfare. She was one of four women to play a major role in the new Bolshevik government.

Alexandra was a staunch feminist and actually advocated for children to be raised in a communal way so that women could return to working full time and not have to look over their offspring.

She quickly became disillusioned with the Communist Party and helped co-found the Workers Opposition Party—in 1922 she was ousted from Russian Politics.

Once Stalin took over though she served as a diplomat to Mexico, Norway, and Sweden, making her the first female Ambassador in the modern world.

She was the only major critic of the Soviet Government to not be executed by Stalin.

Alexandra is featured in episode four of Amanda Foreman's docu-series Ascent of Woman. I have linked the episode here in this article. All four episodes are available on YouTube.

Ascent of Woman, the Documentary Series by Amanda Foreman