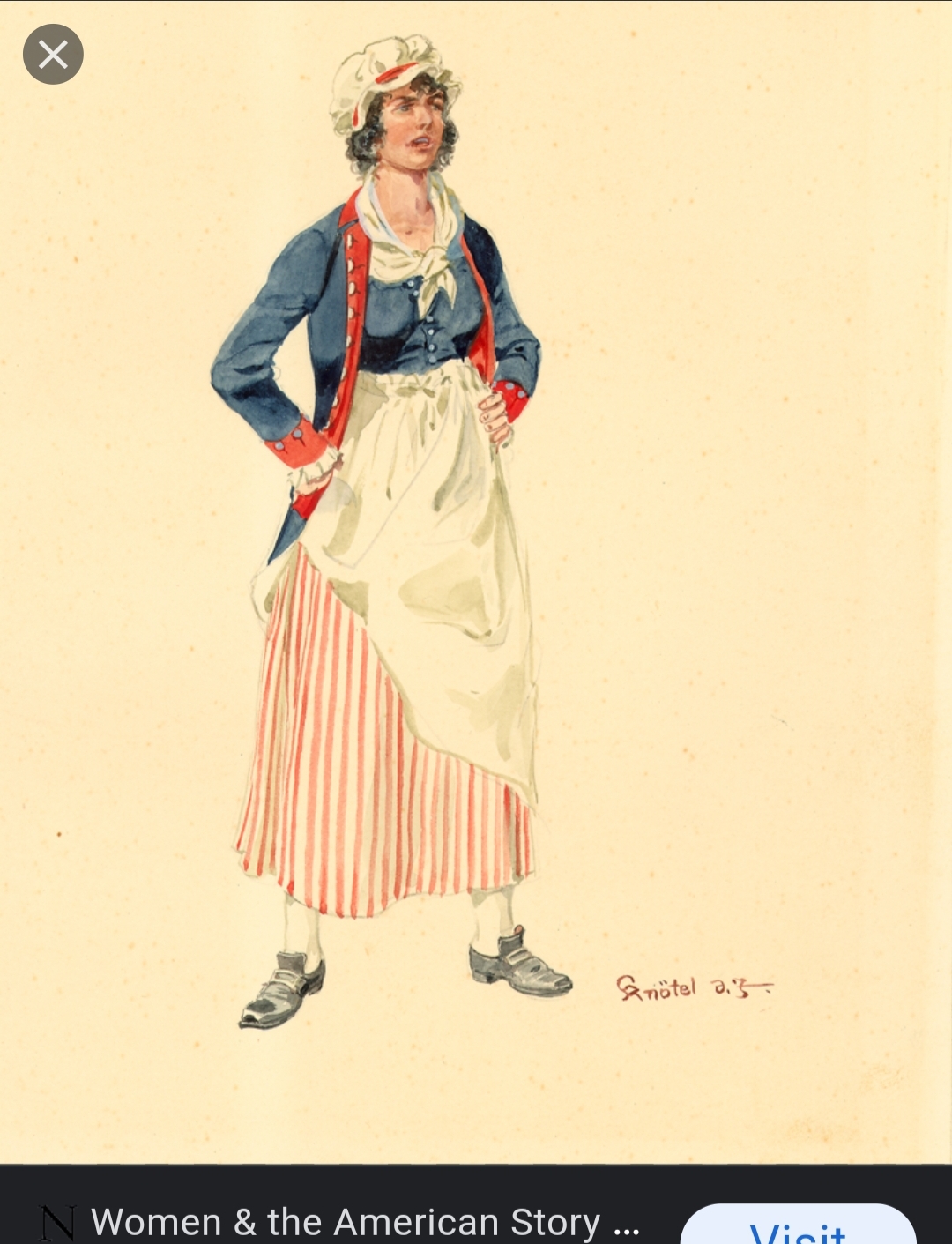 -Jennifer Minus, Veteran and Member of the National Society Daughters of the American Revolution (New York State Society)

Margaret fought in the American Revolutionary War, but this was far from the first hardship she had faced in her life. When Margaret was four, the French and Indian War (otherwise known as the Seven Years’ War) broke out in the colonies—basically disrupting daily life for everyone on the Eastern seaboard. A year later, when Margaret was five, her father was reportedly killed by a band of Native American warriors. Margaret’s mother was kidnapped and was never seen or heard from again; meaning Margaret and her brother were both orphaned as small children and sent to be raised by their uncle.

Margaret lost complete use of her left arm due to being wounded during the Battle of Fort Washington in 1776 (the same battle where her husband was killed). Margaret’s husband John had been a matross, or cannon operator, while Margaret herself took on the more typical feminine role of camp follower. However, during the battle, Margaret had stayed by her husband’s side and immediately leapt into action after he was killed*. Margaret’s other injuries included wounds to her jaw and left shoulder, while a piece of grapeshot tore off a section of her breast. In spite of these injuries, Margaret was captured alongside more than 2,000 American soldiers when the fort was surrendered to British forces. One source goes so far as to claim Margaret’s cannon was the last to stop firing when the fort was surrendered; but that seems like a detail to be taken with a grain of salt to say the least.

Margaret was released from captivity soon after and she continued to try and help with the war effort. However, others living with Margaret soon noted she was very hard to have nearby, because she was irritable and angry most of the time. She also drank and swore like any other (male) soldier, which made her unpopular with polite society even more so than for her understandably bad attitude.

Her “bad attitude” is completely understandable considering she had literally seen her husband shot to death right in front of her. Combine that with her other wounds, and Margaret was most likely in constant physical and mental anguish. She was formerly discharged from the military in 1783.

Margaret struggled financially for the rest of her life. Her wounds made it so that working to support herself was easier said than done, and there is no concrete proof she ever remarried or had children (though some sources say she had a second husband who died a year after the nuptials). Then, on 6 July 1779, the United States Congress formally awarded Margaret a soldier’s pension for the rest of her natural life. She was awarded half of that of a male combatant, which is awful, but it was better than nothing. Her name was entered into the Congressional Record, proving beyond reasonable doubt that she definitely served. Congress was also nice enough to award her a new suit of clothes to replace the ones she was wearing during the battle.

When she died in 1800, Margaret was buried in a pauper’s grave. She was not yet fifty years old. No drawings or paintings of her have survived to modern day, but many artists’ interpretations of this brave woman have been crafted over the centuries, including the one shown here.

Today, Margaret is best remembered for the being the only woman (as of 2021), to have a monument dedicated to her in the West Point Military Cemetery. After Margaret’s death, her remains were “supposedly” dug up and reburied at West Point in 1926 after efforts were raised by the National Society Daughters of the American Revolution, hence the grave monument; which is described by Atlas Obscura thusly:

“The monument to Margaret Corbin is West Point’s only monument to a woman veteran, and it greets visitors near the main gate, just feet from a neoclassical chapel. It faces Washington Road, where the Academy’s top brass live, and depicts Corbin in a long dress, operating a cannon as her long hair and cape fly in the wind. She wears a powder horn and holds a rammer to load cannonballs; the rest of the rather cramped cemetery sprawls out behind her. The monument portrays the moments before Corbin became a prisoner of war,” (article linked below under sources tab).

Unfortunately, ninety years after the monument was placed, Margaret’s grave was accidentally disturbed during some construction work, and testing was done on the newly uncovered remains. Scientists discovered the person buried in Margaret’s grave is a man who could have been over six feet tall. While shocking at the outset, after looking further into the work that went into exhuming her remains almost a century before, the story starts to make a bit more sense. By the time the DAR got involved in the effort to move Margaret’s remains, her true burial site had been lost to history save for word-of-mouth suggestions on where it lie. The DAR was able to track down the great-grandson of the man who had claimed to dig the grave and they used the evidence presented by him to choose the remains they would move.

During the initial exhumation process, the grave digger accidentally put a shovel through the skull, but a forensic examination at the time decided the skeletal remains showed signs of being injured by grapeshot. The remains were dug up, placed in a new flag draped casket, and transported three miles down the road to the West Point Cemetery by a horse drawn hearse.

The first Tuesday of May for every year following, representatives from DAR honor the female veteran on Margaret Corbin Day. They stand by the gravesite, sing hymns, educate others on Margaret’s story, and stand by while soldiers perform a twenty-one-gun salute.

Sadly, all of this means Margaret’s true remains have been lost (the original cemetery has even begun routing a sewage plant through the graveyard, leaving little hope for Margaret’s true remains to be found) but her place in history will never be forgotten. The man’s remains who were found in her grave have since been relocated within West Point Cemetery to where other unidentified remains are also buried.

*Some claim Margaret is the inspiration behind the famed Molly Pitcher character all American school children know well, however Margaret’s story is less likely the main inspiration. That honor is usually given to Mary Ludwig Hayes McCauley, but it is entirely possibly Molly Pitcher was inspired by both women.

Women in the American Revolution by Jeanne M Bracken