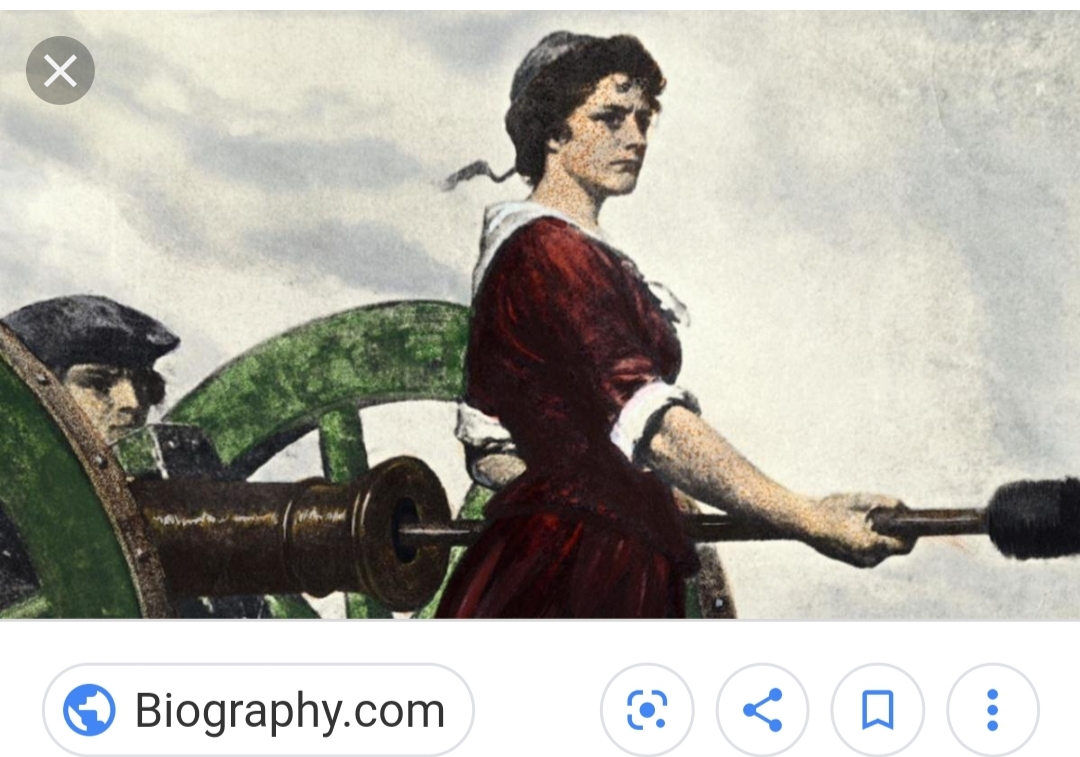 Her parents were German Immigrants and her birthplace is debated (either Philadelphia or New Jersey).

Mary’s first husband was a barber who signed up to serve in the 4th Pennsylvania Artillery of the Continental Army.

On 28 June 1778, Mary officially enlisted to serve in that same company. She was remembered by the other men as being an illiterate twenty-two-year-old pregnant woman who chewed tobacco and swore as well as the other men.

It is said she fought valiantly at the Battle of Monmouth that same year—she brought water to soldiers dying of heat and thirst (around fifty actually would die from such causes). When her husband was wounded in the fighting, she took over his position at the cannon and began firing.

It is also said (though not proven) that George Washington made her a non-commissioned officer for her bravery and led to her being called Sergeant Molly.

Her husband would succumb to his wounds, but she would remarry in 1793 to a fellow veteran but he spent her money and disappeared in 1807.

Mary spent the next few years working as a domestic before being awarded a pension in 1822—$40 per year from the state of Pennsylvania for her service in the war.

Women Heroes of the American Revolution by Susan Casey