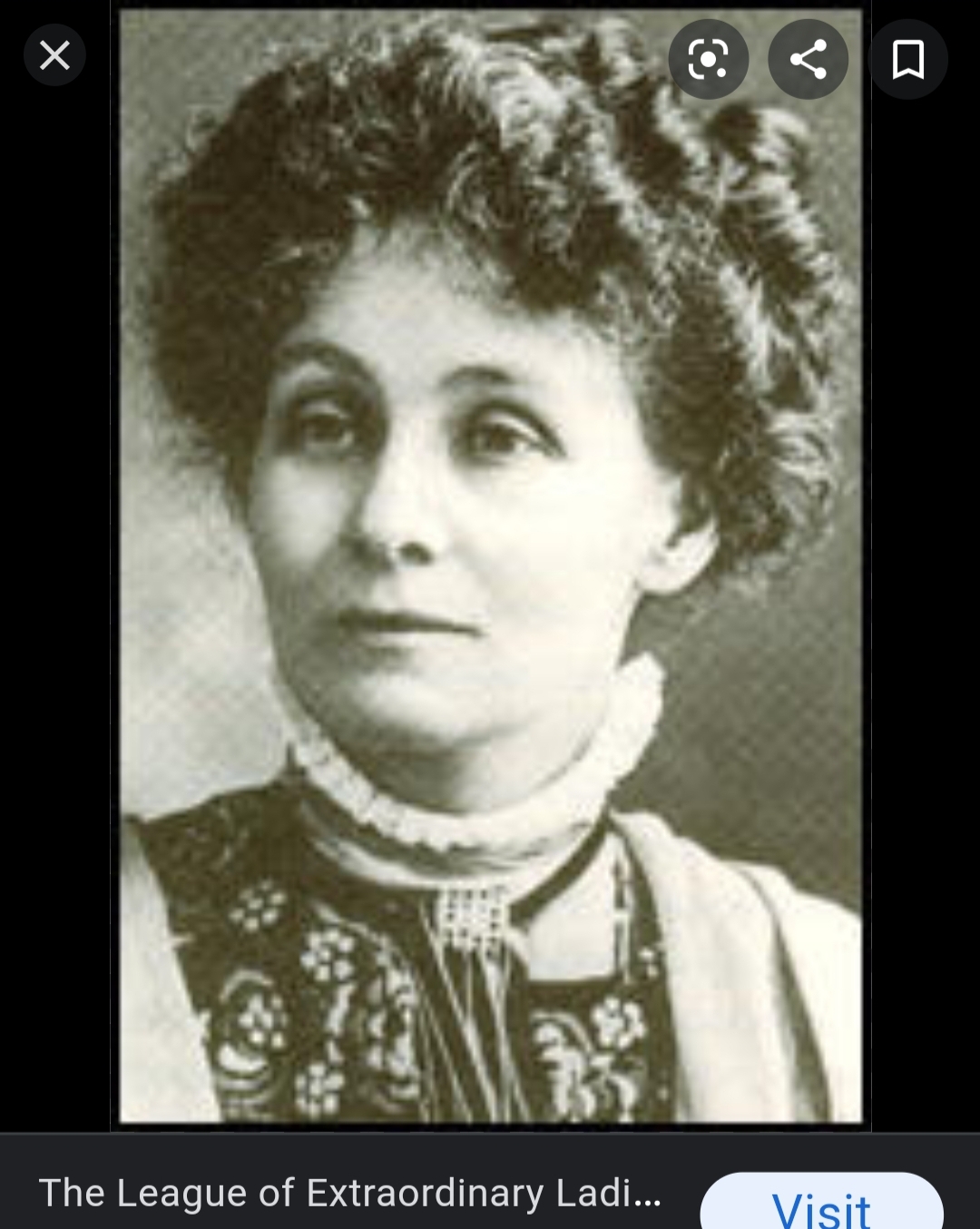 "Woman is exposed to many perils nowadays, because so many who call themselves men are not worthy of that exalted title, and it is her duty to learn how to defend herself."

The Original Teacher of Suffrajitsu

Edith was a Suffragette; meaning she was a part of the more militant faction of women who advocated for the right to vote in the United Kingdom. Edith in particular was known to literally flip police officers over her shoulders during demonstrations. This is even more impressive when you consider she herself was only four feet eleven inches tall and police officers at the time had to be a minimum of five feet ten inches. Also, remember the fact that women at the time wore long dresses with big hats, all of which makes fighting that much harder.

Edith learned martial arts from her husband, who owned a studio that taught classes in jiu-jitsu as well as other physical activities. Because of William’s studio, Edith was able to teach other suffragettes how to better protect themselves on the streets. This made Edith one of, if not the first, female martial arts instructors in the Western World.

Edith was first introduced to the Suffragettes around 1908. Edith and her husband were set to teach a beginner’s class to a group of Suffragettes. At these classes, Edith’s husband William usually did all the talking, but that day he fell ill and was unable to attend. Emmeline Pankhurst, the leader of the Suffragettes, encouraged Edith to speak up and teach the class herself, and as they say the rest is history. Soon after Suffragettes were regularly spotted using the police and counter protestors’ energy against themselves in order to protect themselves. The press soon noticed the Suffragettes’ new skill and coined the term “Suffrajitsu” to satirize and further attack their efforts.

By 1910, Edith was teaching classes for Suffragettes alone, designed to help them further protect themselves from their enemies. She had also begun writing for the Suffragettes’ newspaper entitled Votes for Women, in which she rightfully stated jiu-jitsu was allowing the women to protect themselves and make their rivals “howl for mercy.”

On November 18th of that same year, around three hundred Suffragettes gathered outside Parliament in order to hold a demonstration. Instead, they were attacked en masse by a wall of police as well as counter protestors. Hundreds of the Suffragettes were injured while two actually died. Dozens more women reported they were groped or sexually harassed during the horrific attack. That day is now remembered as the Black Friday Protest, and to say the Suffragettes left that day with the realization they needed to train harder and learn to better protect themselves was an understatement.

Edith carried a wooden club under her dress and wore cardboard armor under the fabric to protect her from assaults from police officers and other counter protestors. Edith also trained thirty other suffragettes in jiu-jitsu to help beat the crap out of the police who tried to stop them from protesting. These women went on to become Emmeline Pankhurts’s personal bodyguards; nicknamed “Amazons” by the British press. And while this was also probably meant to degrade them, I personally think its bada**.

In 1914, Emmeline was set to give a speech from a balcony in Camden Square. When she emerged from the house, the woman who appeared was wearing a veil but still protected by The Bodyguard, as they called themselves. The police swarmed The Bodyguard and overwhelmed the ladies, knocking the veiled figure to the ground and dragging her away unconscious. When the police lifted the veil in the hopes of triumphantly arresting Emmeline, they discovered the woman underneath was actually a decoy and that the real Emmeline had escaped undetected because of the commotion. This experience was one of many Edith carefully choreographed in order to better protect Emmeline and the Suffragette movement as a whole.

During World War I, the Suffragettes put aside their picket signs and clubs and got to work supporting their country through the war effort. They were frustrated at not being able to focus on reclaiming their God-given right to vote, but recognized the survival of their country as a whole was more important in the moment.

After World War I ended and women were given the right to vote, Edith continued teaching (this time allowing cops to learn the techniques previously used against them).

Edith was also one of the first fight choreographers in the British Film Industry. She starred in the first British martial arts film (it was a silent one where a guy tries to take her purse so she beats the crap out of him). Other than teaching, Edith largely stayed out of the spotlight until she died aged ninety-nine. In one of the last interviews she gave when she was ninety-three, Edith gave her interviewer the recipe she’d used to make her last birthday cake. What an adorably bada** grandmother.

Edith’s home in Thornhill Square in London has been marked with a plaque in her honor. The plaque was unveiled by her great-granddaughter, meaning Edith had to have had at least one child, but no children are mentioned in any of the sources I have found for her online so I cannot say for certain how many children she had for certain.

In 2015, the film Suffragette was released, which focuses on the fight for women’s voting rights in the United Kingdom. While Edith does not appear in the film as a character, Helena Bonham Carter recognized Edith by changing the name of her fictional character from Caroline, as it originally appeared in the script, to Edith in order to honor the original practice of Suffrajitsu.