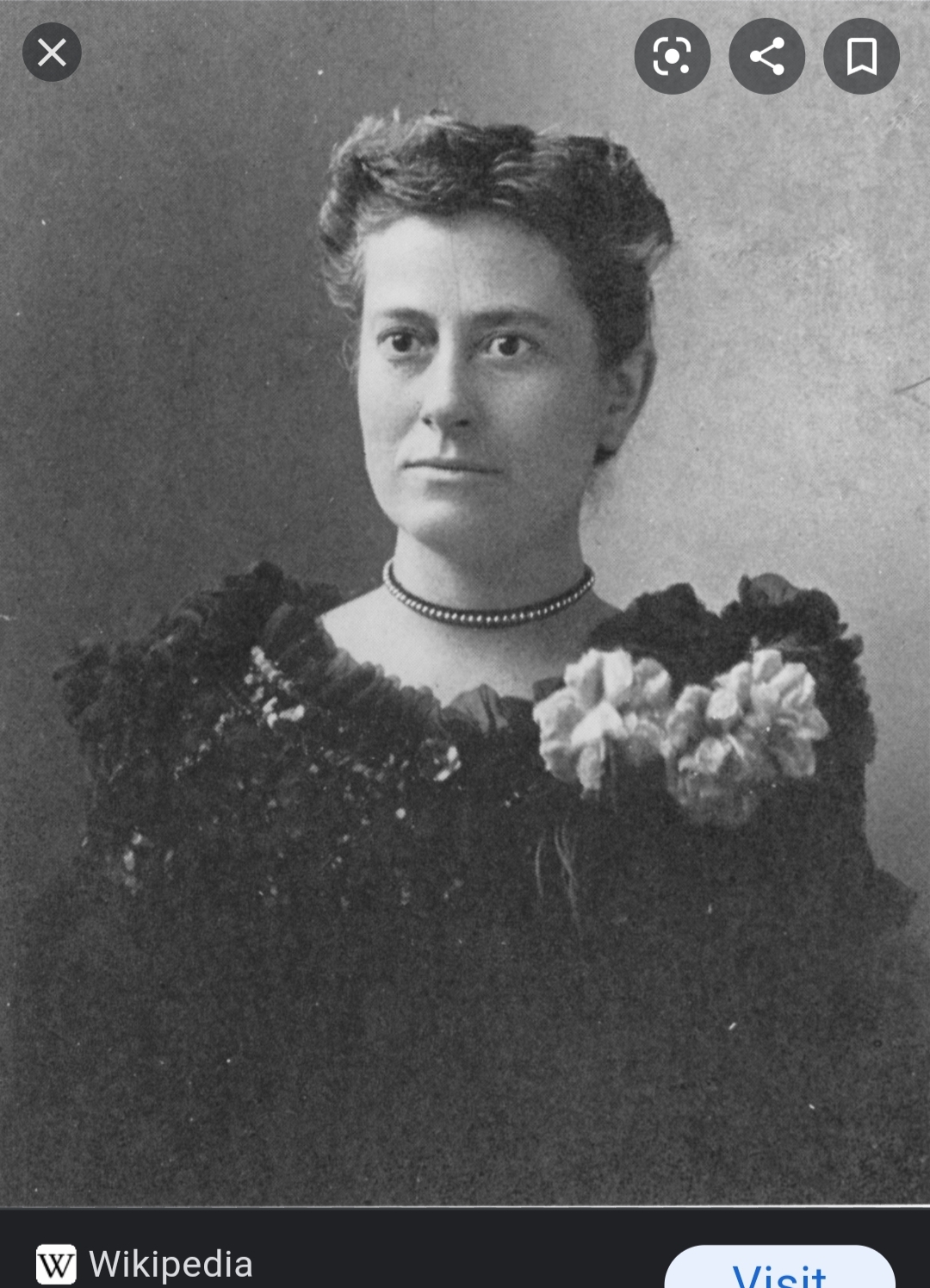 “While we cannot maintain that in everything woman is man’s equal, yet in many things her patience, perseverance, and method make her his superior.”

“Labor honestly, conscientiously, and steadfastly, and recognition and success must crown your efforts in the end.”

She Literally Did "Rewrite the Stars"

Williamina was one of nine children, and her father died when she was only seven years old. When she was fourteen, Williamina left school in order to become a teacher herself.

Williamina married a widower when she was twenty years old and he was thirty-six. The couple moved to the United States together, and thereafter Williamina’s husband unceremoniously dumped her while she was still pregnant with their son. In order to support herself, Williamina took a job as a maid working for Professor Edward Pickering of Harvard University (she also named her son after her new boss, most likely out of gratitude and respect both).

The rest, as they say, is history.

Beginning in 1881, Professor Pickering hired Williamina to do clerical work for him in the observatory. This included examining plate photographs of stars to understand the breakdown of their spectra. Soon after, Williamina came up with her now-famous method for categorizing stars. Each star identified was given a letter classification according to how much hydrogen was observed in the star itself. Annie Jump Cannon later simplified the system by assigning the classification based on the recorded temperature of the star in question.

In just nine years, Williamina would catalog over 10,000 individual stars. She also discovered 310 variable stars, 10 novae, and 59 gaseous nebulae; all of which is incredibly impressive even for someone like me who has no idea what any of that means!

In 1888, alongside Professor Pickering’s brother, William Henry Pickering, Williamina discovered the Horsehead Nebula. William took the photo while Williamina described the nebula itself. Unfortunately, their discovery was soon attributed to Professor Pickering in publications because Williamina’s name entirely was removed and William was simply named as “Pickering.” It would take years before either of them received proper credit for their work.

After several years working at the Harvard Observatory, Williamina’s role was expanded and she was put in charge of an assortment of female astronomers who worked on sorting and cataloguing the stars, completing astronomical calculations, and editing the observatory’s various published works. Throughout her career, Williamina advocated for more women in the field of astronomy, as well as advocating for better wages for women astronomers.

In 1899, Williamina was awarded the title “Curator of Astronomical Photographs.” Seven years later, she was honored again by becoming the first American woman (by adoption in any case) to be awarded membership in the Royal Astronomical Society in London. She was also soon awarded an honorary fellowship in astronomy at Wellesley College. Williamina published two books on her work before she died from pneumonia.