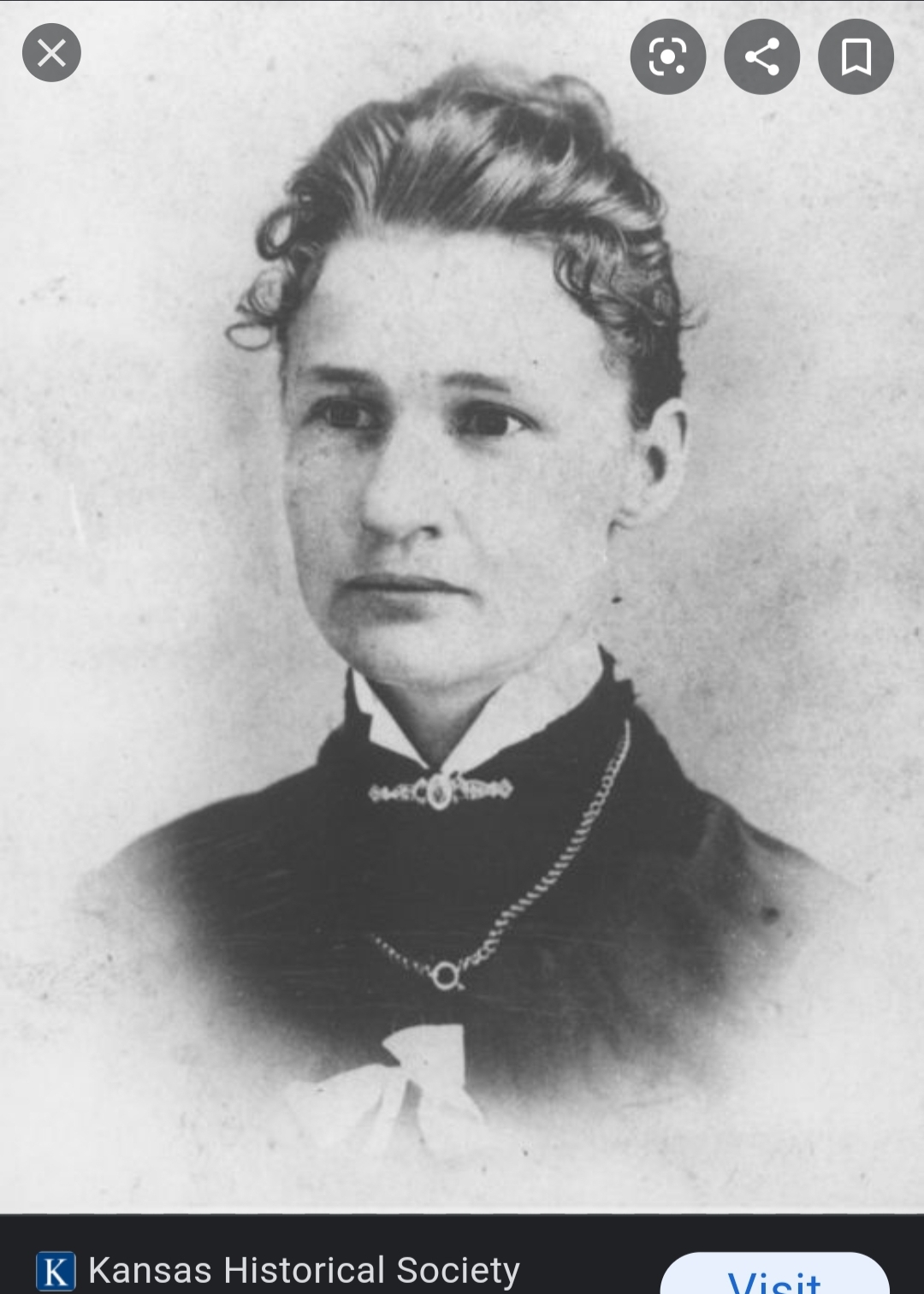 Susanna served Argonia, Kansas after being elected in 1887. She was voted in thirty-two years before American women received universal suffrage with the passing of the nineteenth amendment.

Susanna attended college but had to leave six weeks before graduation after falling ill. She did meet her future husband while in school however, and they married in 1880.

Susanna and her husband moved to Argonia in 1882. Susanna’s father bought the hardware store where her husband worked to help out the growing family. Soon enough, Susanna’s husband began studying to pass the Kansas bar to practice as a lawyer.

Susanna’s father became the first mayor of Argonia, while her husband served as city clerk. Kansas voted to enfranchise women in certain cities and villages, including sleepy Argonia.

In 1884, Susanna became actively involved in politics. The local chapter of the Women’s Christian Temperance Union was interested in ensuring the already passed prohibition laws in Kansas were going to stay in enforcement. Susanna presided over the caucus for the WCTU as they decided who they would back in the local election.

Some of the men in town got a little miffed when they realized women were moving into the political sphere. In order to get back at those upstart women, these angry men decided to submit a list of candidates of their own for consideration. The men copied the WCTU’s list exactly; with one exception. The angry men placed Susanna’s name on the list for mayor. She was the only woman eligible to be a candidate from the WCTU because she was the only woman who lived within the town limits. The angry men assumed the women would vote the way the WCTU wanted, and that the other men would never dare vote for a woman.

The angry men were wrong.

Susanna had no idea her name had been placed on the ballots until the morning of the election. At the time, candidates didn’t actually have to be made aware they were literally up for political office. The angry men simply had ballots printed with her name on them, and come the morning of the election, the voters of Argonia were stunned to see Susanna’s name right there in black and white.

The Republican faction in Argonia spotted an opportunity when it was presented to them. A group of Republican men raced over to Susanna’s house, where they found her doing her family’s laundry. The Republicans asked Susanna if she would accept the mayoral position if she won the election. When she agreed to it, the Republicans vowed they would see Susanna elected to get back at the angry men who were trying to pull a dirty trick on her.

Susanna’s husband was incensed when he found out Susanna’s name was on the ballot. He was even more upset when she told him she was willing to serve if elected. Susanna refused to back down, and that afternoon she and her parents went down and voted. Susanna followed the rules of etiquette and refused to vote for herself, leaving the box for mayoral candidate blank.

The women of the WCTU decided to turn against their own candidate and voted for Susanna in droves. She ended up earning a two-thirds majority win for the position of mayor.

Now, to be fair, the entire population of Argonia was only around 500 to begin with, so its not like Susanna was bringing in thousands of votes, but even still, her win was remarkable.

Instead of embarrassing her and proving women had no place in politics, the angry men had just ensured the election of America’s first female mayor. Whoops.

Once her win was announced, Susanna’s husband checked his attitude and proudly announced he was the “Husband of the Mayor.”
Susanna’s term in office was one year and her salary one dollar (though she spent much more than her salary just answering fan mail). Instead of ruling over Argonia with an iron fist, Susanna reassured the council of men that she was merely their presiding officer.

Not much happened politically in Argonia that year. The council did arrest two men for refusing to purchase licenses and they warned a couple of teenagers to stop throwing rocks at vacant buildings. Otherwise Susanna managed to keep the town from spontaneously combusting, as I’m sure some of the angry men thought would happen if a woman ever rose to a place of political power.

Though not much actually happened in Argonia during that year Susanna was mayor, she did manage to capture the attention of reporters around the country. Correspondents from newspapers from coast to coast were sent to the sleepy town to interview residents and watch over council meetings, to see how Susanna conducted business. By and large, the country was impressed with how well Susanna kept everything together.

The newspapers were even more impressed when they learned America’s first female mayor had also managed to give birth to a child while in office. I know, hold everything people, a woman did something many many women around the world do—carried a child and given birth to it while still working at a day job. Shocking!

Susanna would actually have nine children in all (according to Wikipedia—seven are listed on Find a Grave). That to me is more impressive than giving birth while in office. She was also only twenty-seven when she was elected, only stood five feet three inches tall, only weighed one hundred and twenty-eight pounds, and most shocking of all (I’m using sarcasm here), some newspapers noted Susanna had never hired any domestic help for her household. Actually, the fact that she had nine kids and no help is really incredible, but that’s not actually why people were shocked as you can imagine.

Susanna wasn’t just famous in the United States. Her name and photo appeared in newspapers in South Africa, Sweden, and more. Susanna received congratulatory letters from people in Italy, France, Germany, Austria, and other places in Europe.

Susanna was even invited to speak at the Kansas Women’s Equal Suffrage Association. She was introduced at the event by Susan B Anthony, who introduced Susanna by saying, “Why, you look just like any other woman, don't you?"

After Susanna’s single year in office, she declined to run for re-election. Susanna and her family continued to live in Argonia until 1893, when they moved to Oklahoma. For ten years, the Salters homesteaded and farmed. After a decade of roughing it though, they moved to Augusta, where Susanna’s husband became a practicing lawyer and started a newspaper. In 1916, Susanna’s husband died, and the family moved closer to the state university so her younger children could continue going to school.

In 1933, Susanna returned to Argonia for a ceremony in which the citizens honored her with a bronze plaque. When Susanna turned ninety, she announced she would walk a mile on every birthday she had for the remainder of her life. At ninety-four, Susanna was still living alone in an apartment, cooking and cleaning up after herself. She had a hearing aid by then, but otherwise was unencumbered by her age.

Susanna passed away only days after her one hundred and first birthday. Now that’s a life worth celebrating.