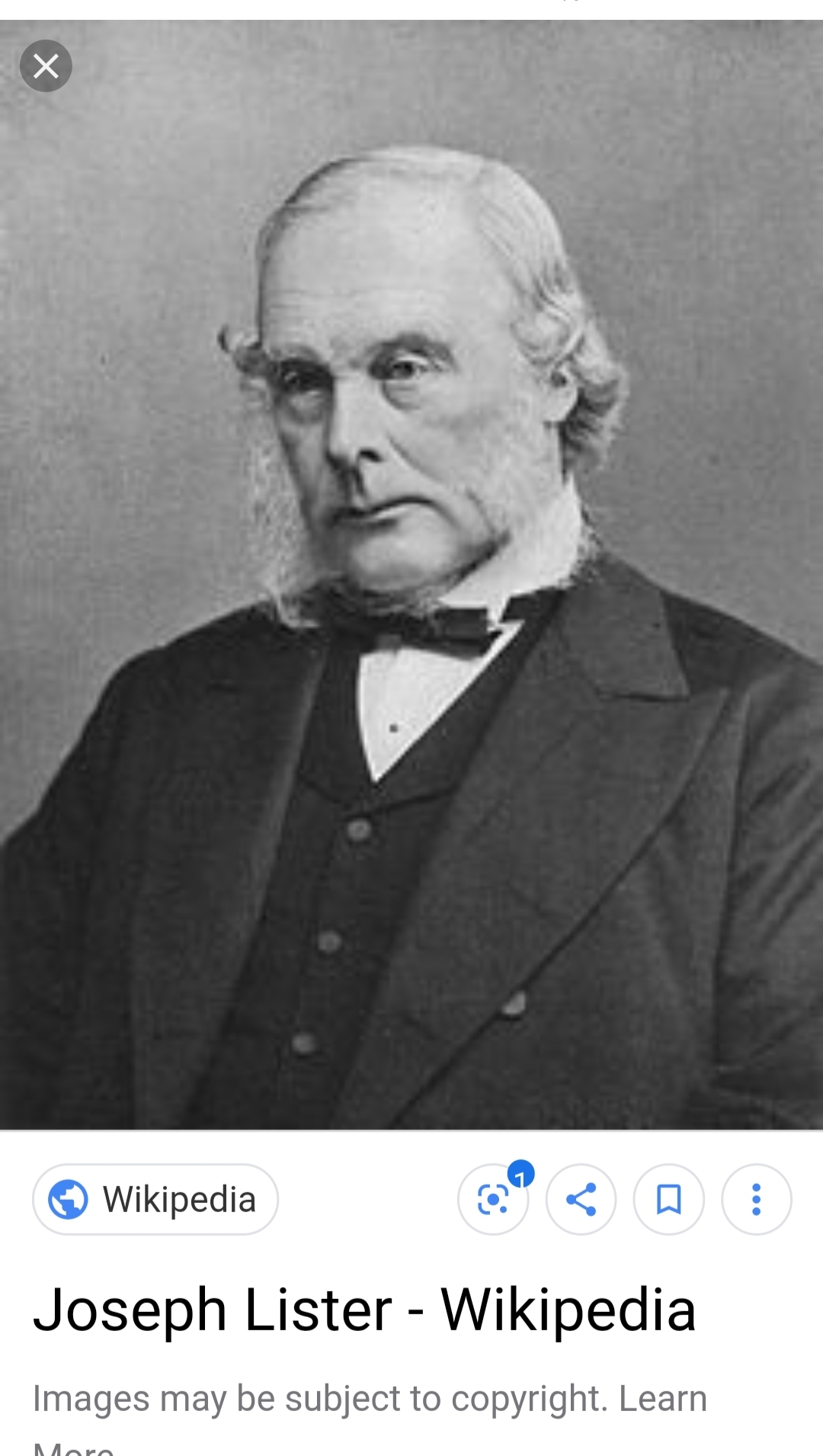 Oh, so that’s where Listerine came from

Joseph introduced Antiseptic Rituals into Medicine and was a pioneer in preventive care.

Joseph was a Surgeon who earned his medical degree in 1852. Beginning in 1856, he began to become concerned with how many patients died after surgery. In four years, he was able to drop the patient mortality rate in one of the wards from 50% to 15%.

At first other doctors didn’t believe him, but by 1877 opinions changed, and he even helped create surgical gloves.

In his personal life, Joseph was a Quaker and happily married, but had no children.