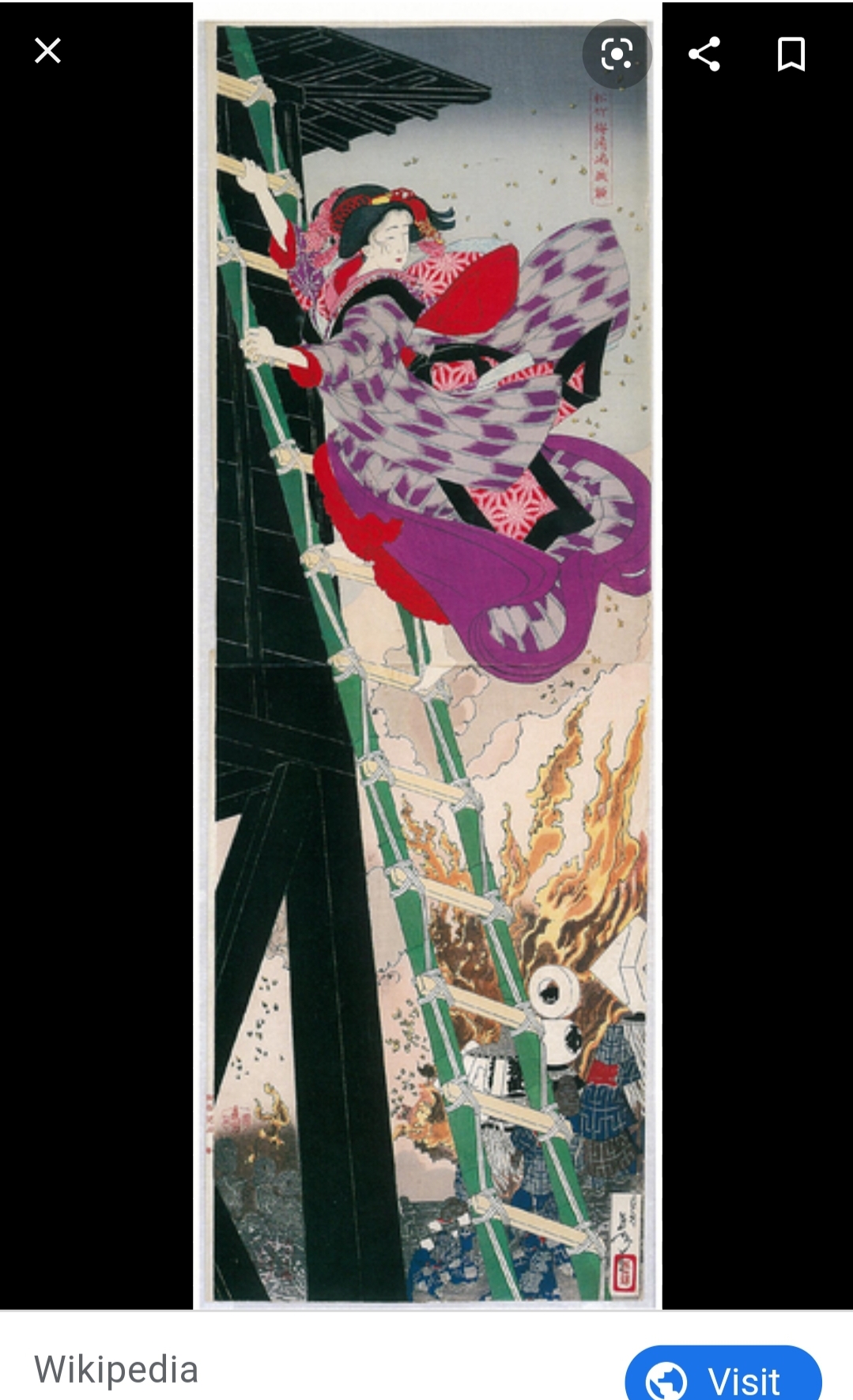 Japanese Folk Tale on the Importance of Taking a Hint

Oshichi was burned at the stake for trying to commit arson and not understanding a way to get out of being punished for her crime.

Yes, this is a real story.

Oshichi’s father was a greengrocer. As the story goes, she fell in love with a temple boy during one of the many fires that ravaged Edo (Tokyo) at the time. Oshichi and her family had taken refuge in a temple to hide until the fire was over. With that fire gone, Oshichi had to leave the temple and missed the cute boy. So, she did what any rational sixteen-year-old would do (I’m using sarcasm here), and Oshichi set another fire in the hopes of meeting the cute temple boy again. The fire nearly destroyed the city, and to add insult to injury, instead of finding the cute boy, Oshichi was caught and sentenced to death.

At the time in Japan, youths aged fifteen and younger could not be put to death, so the magistrate tried to save Oshichi by asking “you are fifteen, aren’t you?” but she replied she was sixteen and was therefore burned at the stake.*

So, the morals of the story are: don’t set things on fire in the hopes of getting a date, and always listen carefully and take the hint when it’s given to you.

Oshichi’s story was immortalized in numerous plays and written works of her own time, and her grave is still visited at the Enji-ji Temple today.

*Note, all of the sources I have found have confirmed the basic details of Oshichi’s story, however, only Wikipedia notes the part of the story where the magistrate tried to save her life; so take that part of the story with a grain of salt.