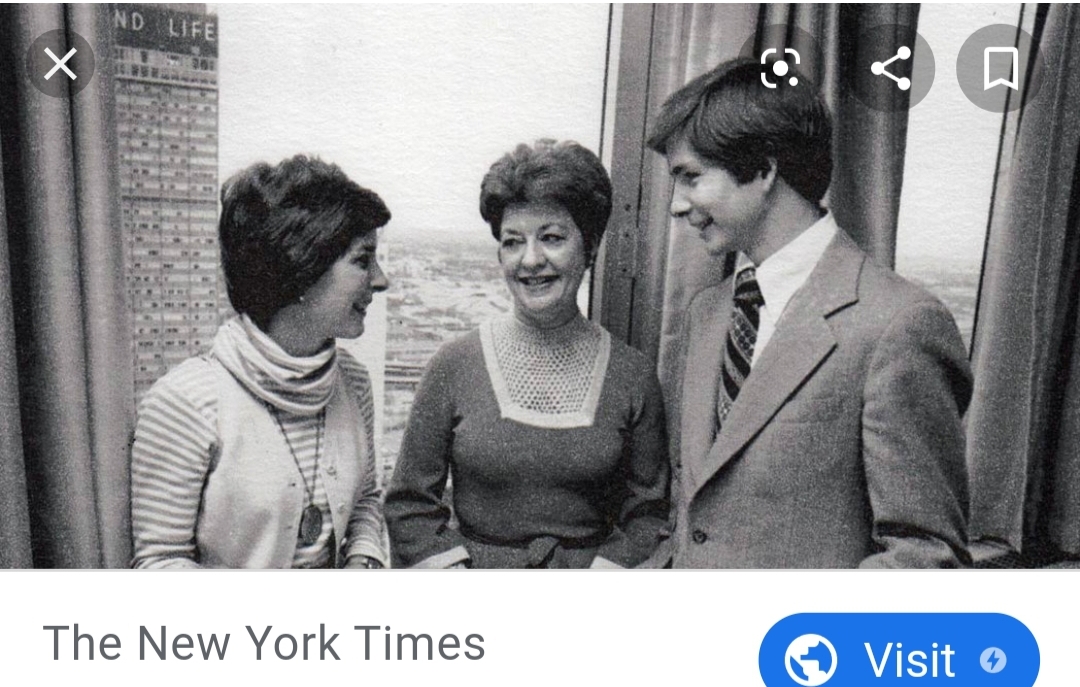 “Most men are ignorant — they don’t really understand. And so women have to just keep on with their determination and be relentless. We have to not relent.”

Invented Liquid Paper (Wite Out was Her Knockoff Competitor)

Bette later sold her company for $47.5 million to Gillette in 1979. And that's how its done ladies.

Bette’s mother was an artist and trained her daughter from a young age how to paint and sculpt various works. Bette’s mother also owned her own knitting store, and so Bette was also raised seeing a woman entrepreneur up close and personal. Though her passion was for the arts, Bette realized she could never make a career out of it, and transitioned to a secretarial job instead.

When she was seventeen, Bette dropped out of high school in order to enroll in secretarial school and marry her high school sweetheart. Unfortunately, the marriage wouldn’t last but Bette did have a son with her husband, Michael Nesmith (most known for being a member of the television/music group The Monkees). Bette raised Michael as a single mother for most of his childhood.

By 1951, Bette had climbed the ranks in order to become an executive secretary to a board member of the Texas Bank and Trust. Five years later, Bette had begun selling her newly invented product dubbed “Mistake Out”, a water based white paint that neatly covered any typing mistakes made on the new and widely used electric typewriters. Bette had come up with the idea for her invention after struggling through making multiple mistakes and having to constantly start an entire page over.

While the concept of Liquid Paper today may seem old-fashioned thanks to Word and other typing processors on computers, at the time, Bette was saving secretaries everywhere valuable time and money. They would no longer have to throw out an entire page because of one missed key, but instead the secretary could quickly apply a coat of paint, wait for it to dry, and continue on as though no mistake had been made in the first place.

Bette’s company grew quickly, and she found herself filling orders from her garage. Her son Michael and his friends pitched in as well; filling bottles and selling them as fast as they could make them. In 1958, Bette perfected her recipe and changed the name to the now familiar “Liquid Paper.” That same year, Bette also applied for and received a patent for her invention (Bette had first tried to get a patent while the product was still known as Mistake Out, but she had been unable to afford the $400 patent fee. Luckily she would eventually raise the money and succeed in receiving the patent after transitioning to the Liquid Paper name).

Bette had managed to hang onto her day job up until that point, but after mistakenly typing her new business model onto a memo for her job at the bank, Bette was fired. It all worked out in the end though, because this way Bette was able to focus her entire attention on her now nationally growing business. Bette was producing her paint formula in three different colors and shipping bottles across the country.

By 1967, the company had its own corporate headquarters and an automated plant to cover production’s needs. The new production plant allowed the company to go from producing 500 bottles of Liquid Paper a week up to 10,000 a day by 1968 (the company eventually peaked at creating 25 million bottles per year)! That same year, total sales for the company exceeded one million units and continued to grow from there. In 1975, Bette moved the corporate office to Dallas.

Twelve years earlier, in 1962, Bette married a failing frozen-food salesman. The marriage didn’t last long, but it did last long enough for the salesman to earn a place on the Liquid Paper board. With the divorce finalized, Bette’s ex made a move to bar her from making any corporate decisions for her own company. Bette decided to step down as chairman of the board, allowing her ex to take her place. With him in charge, the board stopped Bette from stepping foot on the premises of the building, refused to let any of the employees talk to her, and went so far as to change the formula for Liquid Paper. By changing the formula, the company cut most of Bette's income; she made her money off royalties from the sale of the Liquid Paper formula she had helped create all those years before.

Bette refused to give in and persevered well enough that she was able to regain control of the company she had grown from the ground up. Despite the fact her health was beginning to fail, Bette stayed the course and oversaw the sale of Liquid Paper to Gillette for $47.5 Million in 1979. Not only had Bette gotten the company back and then sold into competent hands, the sale also allowed her to regain her rightfully earned royalties. Sadly, Bette passed away from complications of a stroke a few months later.

She was only fifty-six years old.

Before her death, Bette was able to transition from businesswoman to philanthropist; founding two separate foundations to support artistic endeavors and female entrepreneurship. When she died, Bette left her fortune to her son. Michael vowed to carry on his mother’s vision, giving away large sums of her estate to support women and the arts. The money also allowed Michael to expand and pursue his own artistic endeavors. Three years before his mother's death, Michael had filmed a music video for his hit song "Rio." The music video was so popular (some claim it was the first music video ever created) when it played on Nickelodeon, the idea of music videos in general caught on and eventually led to the creation of MTV.

So basically what historians are saying is, MTV wouldn't exist without Liquid Paper; and honestly that's one of my favorite little known facts from history of all time.