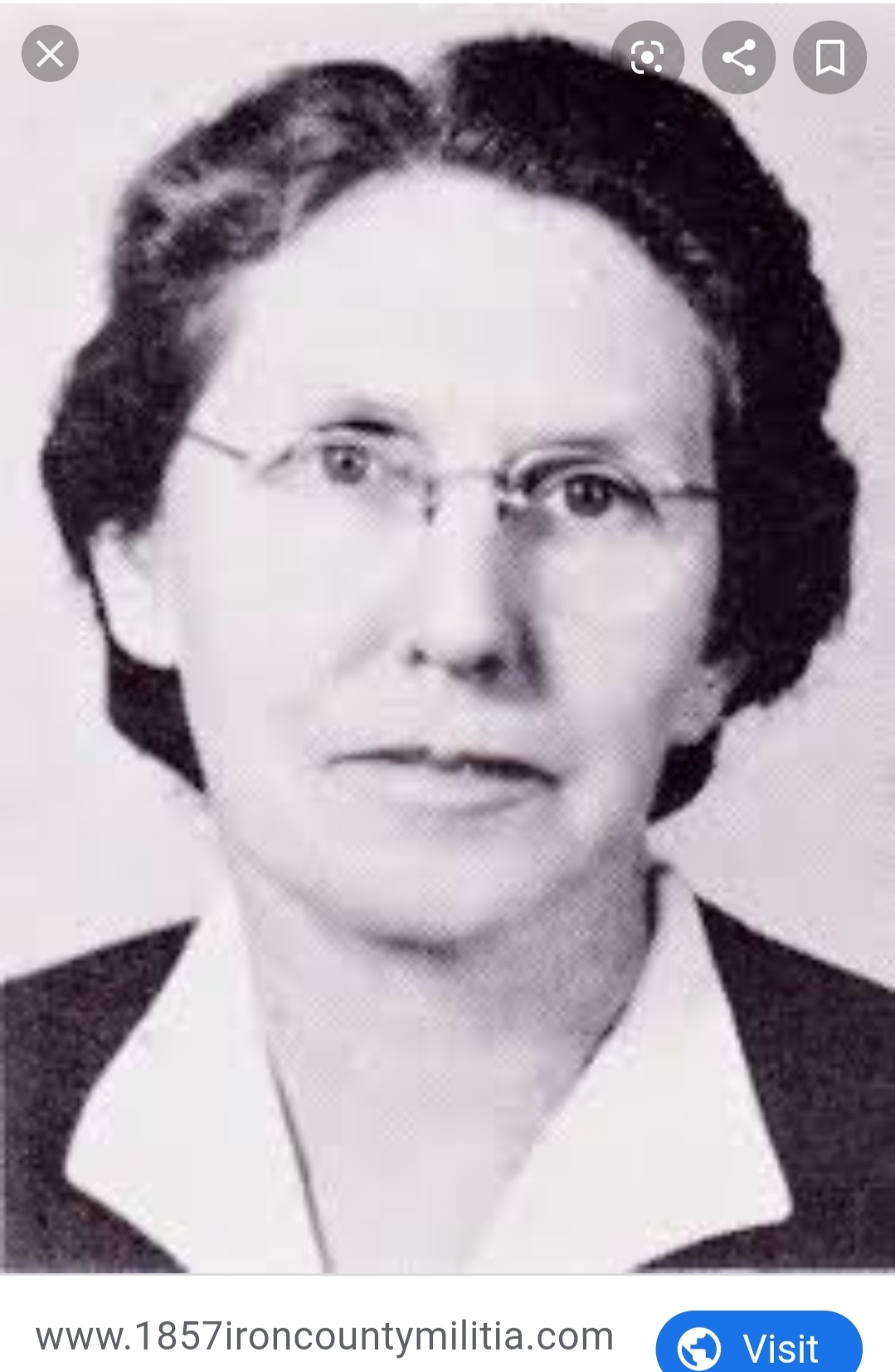 "This study is not designed either to smear or to clear any individual; its purpose is to present the truth. I feel sure that nothing but the truth can be good enough for the church to which I belong.”

Uncovered the truth of the Mountain Meadows Massacre

The Mountain Meadows Massacre occurred when Latter-Day-Saint settlers (more often known as Mormons) slaughtered and attacked a wagon train of other white settlers while dressed as Native Americans (and with the help of several Native warriors as well). In all, one hundred and twenty men, women, and children were killed. The LDS community tried to pin the attack on one man, John D Lee, who was tried and executed for being involved in the slaughter. And while John was present, he was far from the only person responsible for the attack that nearly drove the United States to declaring war on the fledgling religious group. Juanita set out to uncover the truth, in all its ugly glory.

Juanita herself was an LDS historian, author, and dean of Women Dixie College.

She was also a mother of nine (including stepchildren).

Juanita first married in 1919 and had one son with her husband. Unfortunately, he died soon after of lymphoma, leaving her alone to raise their son.

Juanita earned a degree from Brigham Young University, and taught English at Dixie Junior College before becoming the Dean of Women at the same school. She went on to earn a master’s degree from Columbia University.

In 1933, Juanita resigned her position at Dixie Junior in order to marry. Her second husband already had four sons. Together they would have four more children (one daughter and three sons). Including Juanita’s earlier son from her first marriage, this meant they had eight sons and one daughter.

While raising the children, Juanita continued to research the people who had lived in the area of Utah she currently resided in. Juanita served on the Utah Historical Society board for twenty-four years. She also worked to gather diaries and writings of early Utah settlers, including compiling a library of early Mormon pioneer history.

A follow up book, published twelve years later, tried to help clear John D Lee's name of being the sole instigator behind the massacre. It turns out the encounter lasted for five days, in which local warriors of the Paiute Tribe, and several Mormon warriors dressed as Paiutes, attacked a wagon train of Arkansas settlers trying to make it to California. The settlers were most likely unaware the governor of Utah territory, LDS Prophet Brigham Young, had recently declared the territory to be under martial law. The settlers, therefore, were crossing the territory illegally and without a permit. After five days, with supplies running low, the Mormon leaders ordered that the non-Mormon settlers be wiped out, with the only exception being the young children who were too little to remember what was about to happen.

This is what happened next, according to Smithsonian Magazine (article linked below): "On September 11, John D. Lee and a group of militiamen approached the camp under a white flag and offered a truce, with assurances that Lee and his men would escort the emigrants to safety in Cedar City. All they’d have to do is leave their livestock and possessions to the Paiutes. Having no good options, the emigrants, about 120 men, women and children, laid down their weapons and followed Lee and the militia away from the camp in three groups—the last comprising adult males. It was over quickly. The Arkansas men were shot at point-blank range; the women and children ahead were slaughtered by bullets and arrows in an ambush party. No one over the age of seven survived. The victims were hastily buried. Locals auctioned off or distributed their possessions and took in the surviving 17 young children."

The following year, 1858, the United States Army arrived in the territory. Though no war took place, Brigham Young did step down as governor. Army officials went out to the sight and uncovered the bones of the dead. They erected a memorial cairn on the site, along with the words "Here 120 men, women, and children were massacred in cold blood early in September, 1857. They were from Arkansas." The soldiers then also set up a cross on the site with the words, "Vengeance is mine. I will repay, saith the Lord.”

John D Lee informed Brigham Young the Paiutes were solely responsible for the attack, which the Church of Jesus Christ of Latter Day Saints as a whole would also claim for the next ninety years. After the US Army refused to let the matter go, Brigham Young excommunicated John Lee and one other militia member who had been involved in the massacre, but only Lee would face charges. In 1877, after the first was declared a mistrial, Lee was tried again, found guilty, and executed by firing squad. Lee later stated that Brigham Young knew of the attack at the time it happened, and that by ignoring the other men involved, the prophet was leading the people astray. Lee was executed at the site where the massacre had taken place twenty years before.

At the time of publishing, Juanita was worried she would face criticism from her church for her research, and while no official condemnation came from church leaders, Juanita and her family were singled out and ostracized by fellow church goers at the local level. However, as time passed, the church as a whole has gone on to do additional research into the event based on Juanita’s earlier findings. In 1961, the church reinstated John D Lee, reversing the excommunication order from before his death. In 2007, the church finally and formally came forward to announce they took full responsibility for the attack and the deaths of one hundred and twenty innocent people.

In total, Juanita authored sixteen books and co-authored three more. She earned several honorary degrees and accommodations for her work over the years, before passing away from complications of Alzheimer’s Disease at the age of ninety-one.