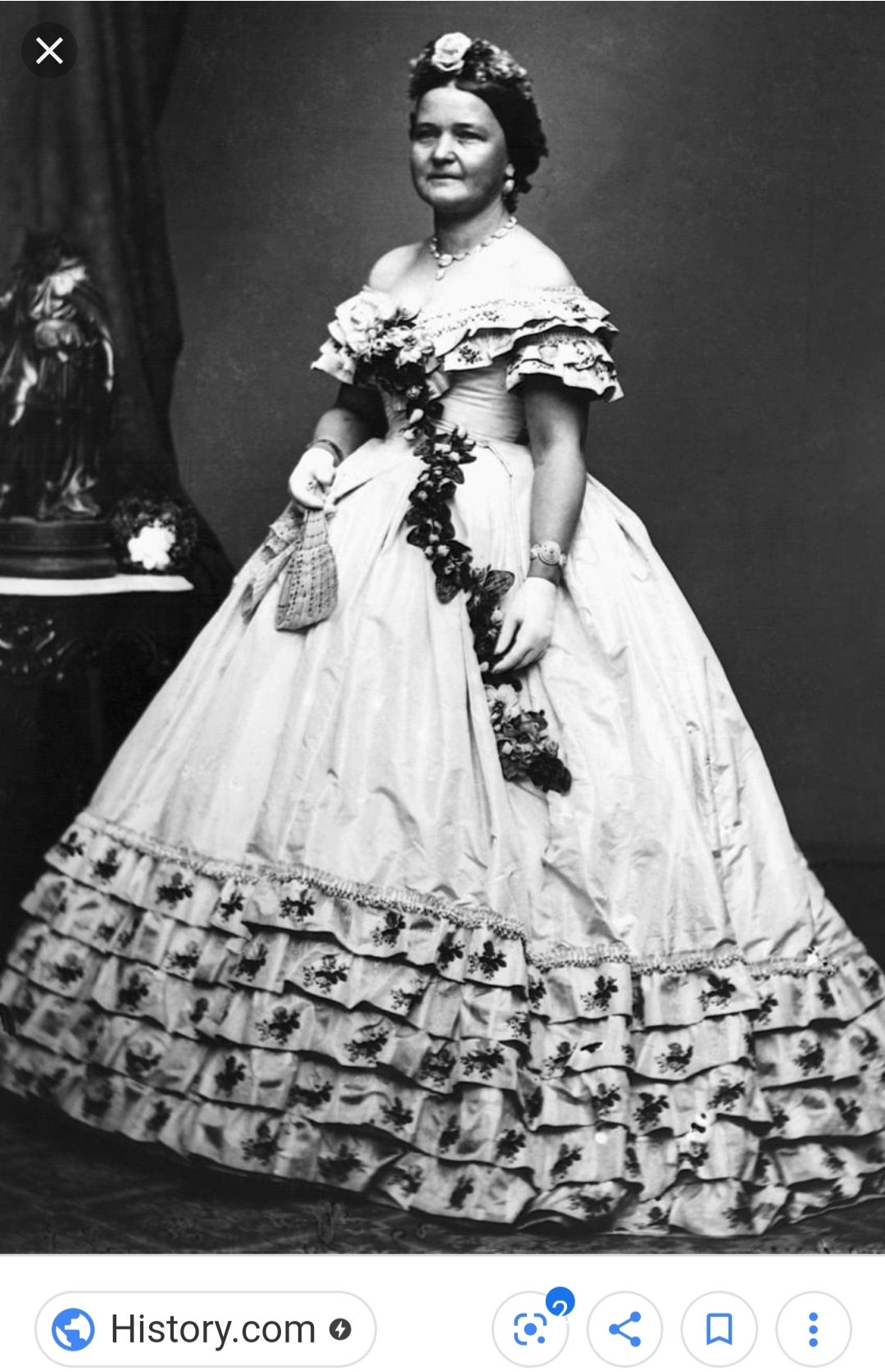 Mary was ostracized while her husband was in office because of her southern upbringing and opulent reputation (just look at pictures of her dresses from the period to understand—including the one shown here).

Mary is remembered today for her frequent bouts of mental instability (also understandable, she buried three of her four sons and her husband all within a relatively short period of time).

Despite her southern upbringing on a plantation she did become an abolitionist and one of her closest friends and confidantes in the White House was her African American seamstress Elizabeth Keckley.

Mary and the president’s relationship was anything but perfect and some speculate it was closer to abusive at times.

After their son Willie died Mary became increasingly reliant on spiritualists and mediums in an attempt to communicate with her sons—a tradition which would carry on after Abraham’s death as well.
She also lost three of her half-brothers in service to the Confederacy during the war.

For seventeen years after her husband’s death (and later her son Eddie’s) she wandered in a daze throughout Europe and America—finally being committed to an insane asylum by her only remaining son Robert (though she was later released with the help of her friend Myra Bradwell).

Located In My Personal Library: Are You Ready for This? Here We Go:

The Apparitionists: A Tale of Phantoms, Fraud, Photography, and the Man Who Captured Lincoln’s Ghost by Peter Manseau

The Madness of Mary Lincoln by Jason Emerson

The books listed above and