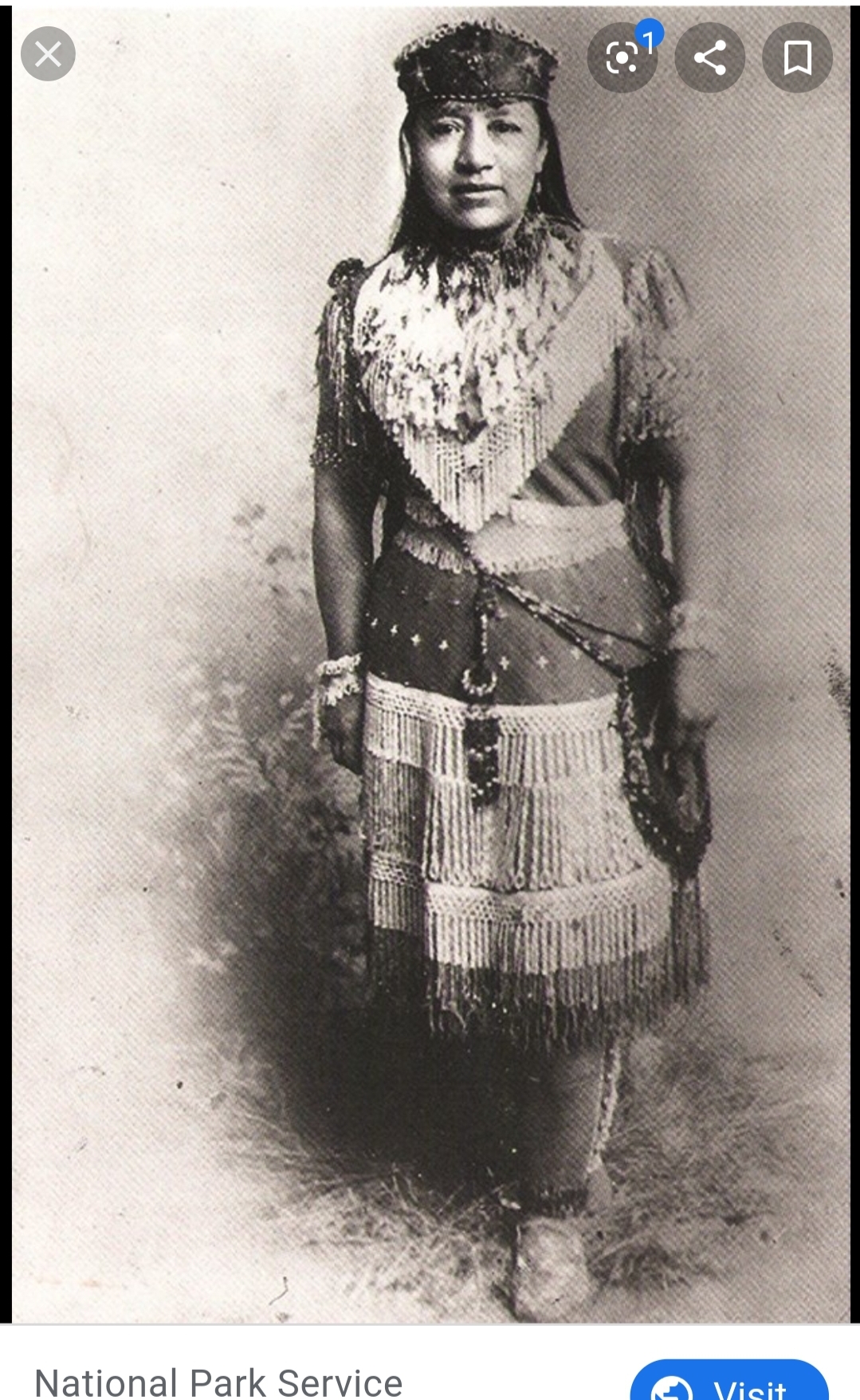 “Since the war of 1860 there have been one hundred and three (103) of my people murdered, and our reservation taken from us; and yet we, who are called blood-seeking savages, are keeping our promises to the government. Oh, my dear good Christian people, how long are you going to stand by and see us suffer at your hands?”

Sarah was the first Native American woman known to secure a copyright for her book and also to publish a book in English. The book, published in 1893, was called Life Among the P[a]iutes: Their Wrongs and Claims.

Sarah’s father and grandfather were both chiefs among the Paiute tribe. She adopted the name Sarah after living with a white family for a time. Sarah also attended a convent school for a short while with her sister, before they were forced to withdraw after objections to their presence from white parents arose.

In 1859, the federal government forced the Northern Paiutes onto a reservation. Sarah and her family made the transition, but it was difficult. Many of her people would die of starvation while living there, and the federal government stopped handing out supplies after the first year. For the next twenty-two years, corrupt Indian Agents would pocket the money that was supposed to go to the tribe.

The Paiutes would be forced to move several times over the ensuing years, often at a high cost physically and emotionally to the tribe. Some of the members accused Sarah of pocketing money or working against them when the federal government repeatedly walked back on promises and allowed conditions for her people to worsen. Eventually, Sarah began making speeches to white audiences in an effort to try and save her people’s way of life.

Sarah gave over 300 speeches across the United States, many with the backing of Elizabeth Peabody, in the hopes of swaying public opinion in favor of the plight of Native Americans. The proceeds from her book helped Sarah pay for her traveling expenses on the lecture tour. The speeches came at a cost for Sarah personally though. One of the corrupt Indian agents she had worked with over the years publicly slandered Sarah, claiming she was a drunk prostitute and a gambler (none of which were true).

After giving up on her speaking tours, Sarah opened a school for Paiute children. She taught them to read and write English and gave them an education in a valuable trade skill so they could have a career in the future. Unfortunately, Sarah always struggled to find funding for the school, and it was eventually shut down entirely after the passage of the Dawes Act in 1887, a federal law that mandated all Native Children be educated in white schools.

Sarah was married at least twice, to two different white army officers, but had no children. One source states she was also married to a Native man at one time, but no other sources mention him. She spoke fluent English, Spanish, and three tribal languages.

Sarah died from tuberculosis believing she had failed in her mission to see Natives and other American settlers living in harmony. At the time of her death, her obituary was featured in the New York Times. So even though a lasting peace was not found between the two differing peoples, Sarah ensured her story and her dreams were never forgotten.