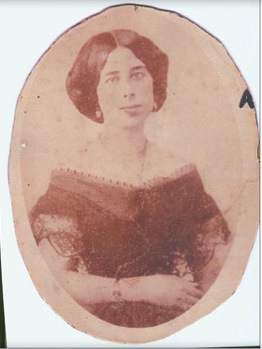 “The circumstances under which my ruin was accomplished are too revolting on the part of Grover Cleveland to be made public.”

Born: 22 March 1842 (according to her headstone), Brooklyn, New York, United States of America

Maria was raped by Grover Cleveland before he became president.

At the time, Maria was a recently widowed mother of two and Grover was an up and coming politician and attorney in Buffalo, New York.

One night, Maria was walking to a friend’s birthday party after dark. Grover spotted her on the street and asked her to dinner. They were acquaintances, but it was far from proper for a single woman to accept a dinner invitation on a whim and follow a man to a restaurant at that time. Unsurprisingly, Maria at first refused, telling him she was headed to her friend’s party, but Grover wasn’t about to take no for an answer.

After dinner, he next insisted on walking her home. Once they got up to Maria’s apartment, Grover raped her and then left. He later promised to destroy her life and reputation if she went to the police.

Maria had hoped the whole matter would fade to only her memory, but six weeks later she realized she was pregnant. Maria approached Grover and asked him to marry her. Grover led her on for a while but failed to follow through.

When Maria’s son was born, she tried her best to raise him, but eventually Grover’s political aspirations got in the way. Maria had turned to drinking and was possibly planning on pursuing legal action against Grover. His goons decided to reply by throwing Maria in an insane asylum and taking away her son; she never regained custody of him. In fact, Maria’s son was adopted by another family soon after.

Maria once again tried to move on with her life. She lost her older children, moved away, and tried to start her life over. Things quieted down—and then Grover decided to run for president.

Someone caught wind of Maria’s story, and her name was suddenly dragged all across the nation press. Maria was now an alcoholic whore who had tricked or beguiled Grover into bed. And those were the nice descriptions. According to Maria, once Grover decided to run for president and before the story become a national sensation, she was kidnapped once again by Grover’s goons and taken to Albany, where he was working as Governor of New York. Maria was warned once again to keep her mouth shut or risk something much worse.

A journalist tracked Maria down once she was sent home and tried to get her to talk, but Maria clearly wanted nothing to do with it. Maria was, however, willing to tell that she’d been raped and that any excuse Grover came up with for his actions was disgusting. She also called him out for being a horrible excuse for a human being by trying to claim any number of other men (including Grover’s best friend, who would have been his father-in-law had he lived) was the father of Maria’s child.

Then the reporters figured out Maria had been in an asylum. They tracked down her doctors from the asylum and asked them about it. The doctors confirmed Maria was not in any way insane and backed up her story that she had been raped by Grover. Maria never changed her story or any significant details in all the times she recounted her memory of that night.

When confronted about it, Grover didn’t claim innocence. While he never outright confessed, he never said he hadn’t attacked Maria either. So, you know, an actual rapist was elected President—with the public knowing he was a rapist at the time they decided to vote for him. Voters in 1884 decided an actual rapist was better than the Republican candidate, who was as crooked a politician as they came. Yikes.

Maria lived out the rest of her life in quiet obscurity. Her last wish to her new husband was to have a private funeral because, in her own words (according to her obituary), "Do not. let my funeral be too public. I do not want strangers to come and gaze on my face. Let everything be very quiet. Let me rest."

Sadly, in the years after Maria’s story made national headlines and for decades afterward, Grover Cleveland apologists and historians covered up Maria’s story. Only now, in the era of the #MeToo Movement, is Maria’s story finally being told again. She was not a willing participant or a playful hidden lover. Maria was attacked, had her life destroyed, her children taken away from her, and was forced to sit by while her name was dragged through the mud of the national press. And that’s not even pointing out she was literally kidnapped twice and involuntarily committed once. Maria’s life was utter hell, and yet how many people know her name?

That's what I thought.