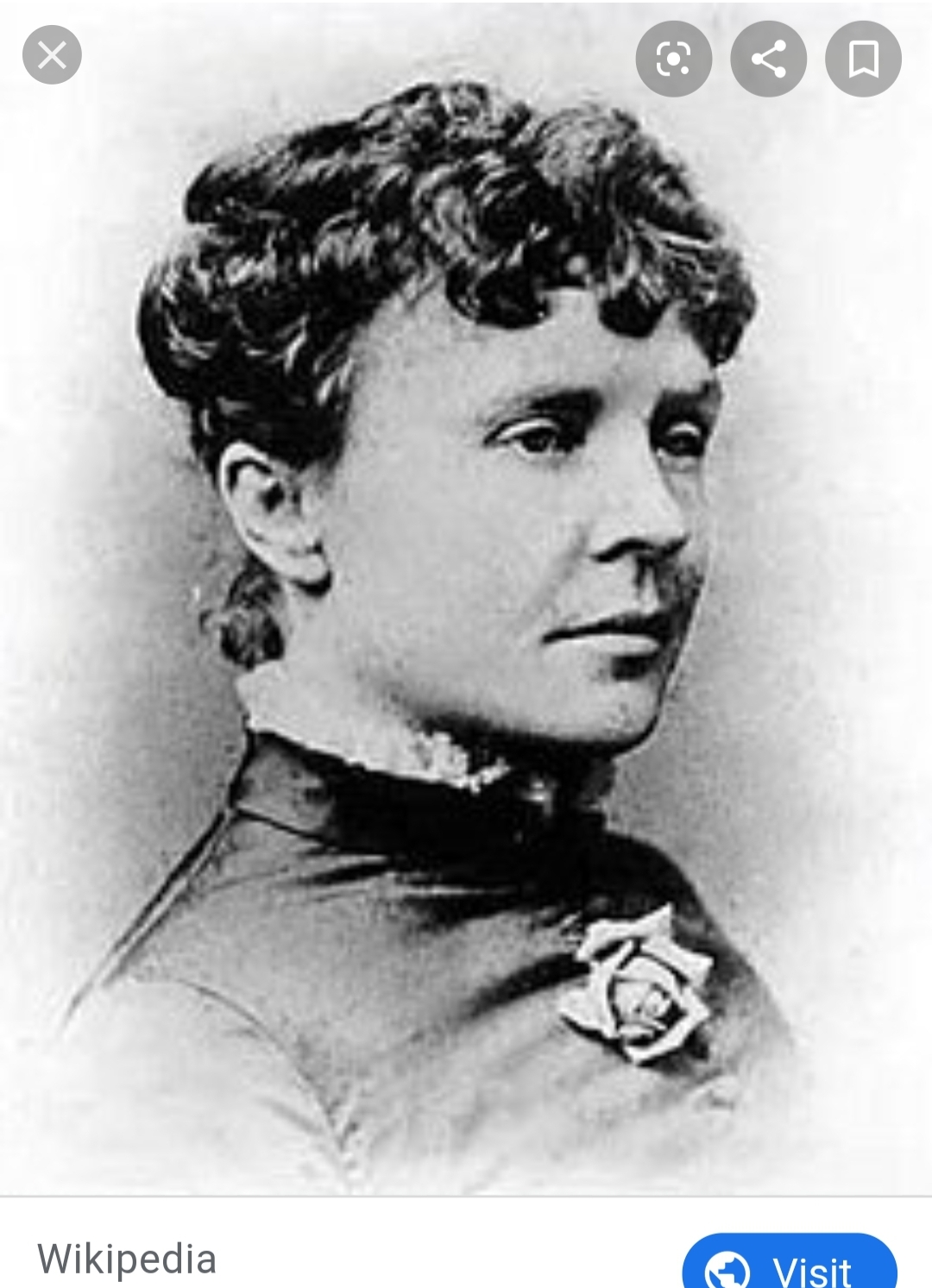 “I need you and life is not long enough to always wait."

Rose was also present for the dedication for the Statue of Liberty.

Rose was chosen to serve as First Lady because she was seen as a balance to her brother’s more outlandish (read: horrifying) behavior. To put it in layman’s terms, Grover was the first presidential candidate to be publicly accused of rape (something he never denied, instead he just made Maria Halpin’s life a living nightmare afterward). Rose on the other hand was a published author, former teacher at a women’s seminary, and was scandal free—at the time anyway.

After Rose’s brother married Frances Folsom, she resigned as First Lady (a role she did not like at all) and re-entered the field of education and writing. Rose was said to have spent her time at long and drawn out state functions conjugating Latin and Greek verbs in her head, so you know, it’s not that much of a surprise she found the role of First Lady dull.

Rose is also remembered for having a girlfriend named Evangeline (which caused quite a stir as you can imagine). The couple spent six years in romantic bliss, visiting one another (Rose lived in New York and Evangeline Massachusetts), vacationing in Europe and the Middle East, and even buying property together in Florida. But then, in 1896, Evangeline announced she was getting married. Evangeline had been previously widowed and had no children.

Rose was about ten years older than Evangeline and had never married herself. Evangeline was by then forty years old, past the point of marrying to have children, and besides her husband was literally almost twice her age. But apparently, she did love him; Rose was understandably upset by the news. Three weeks after Evangeline married, Rose left for Europe and would not return for three years.

Five years after saying their vows; Evangeline’s husband died. Rose and Evangeline had continued to write one another over the years, and with Evangeline’s husband gone, the wording of Rose’s letters make it seem as though they were growing closer again. In 1910, Rose and Evangeline moved to Italy. At first, they had gone to care for Evangeline’s brother, but after he died two years later, they continued to live together in Italy. During World War I, the couple volunteered and did what they could for the refugees flooding into Tuscany.

Rose died during the Spanish Flu Epidemic at the age of seventy-two. Evangeline wrote to her stepdaughter, “The light has gone out for me,” after Rose passed. When Evangeline died twelve years later, she was buried next to Rose in the English Cemetery in Bagni di Lucca, Italy. The letters Rose wrote to Evangeline over the last twenty-eight years of her life have since been compiled into a book (the majority of Evangeline’s letters have not survived the decades since they were written).