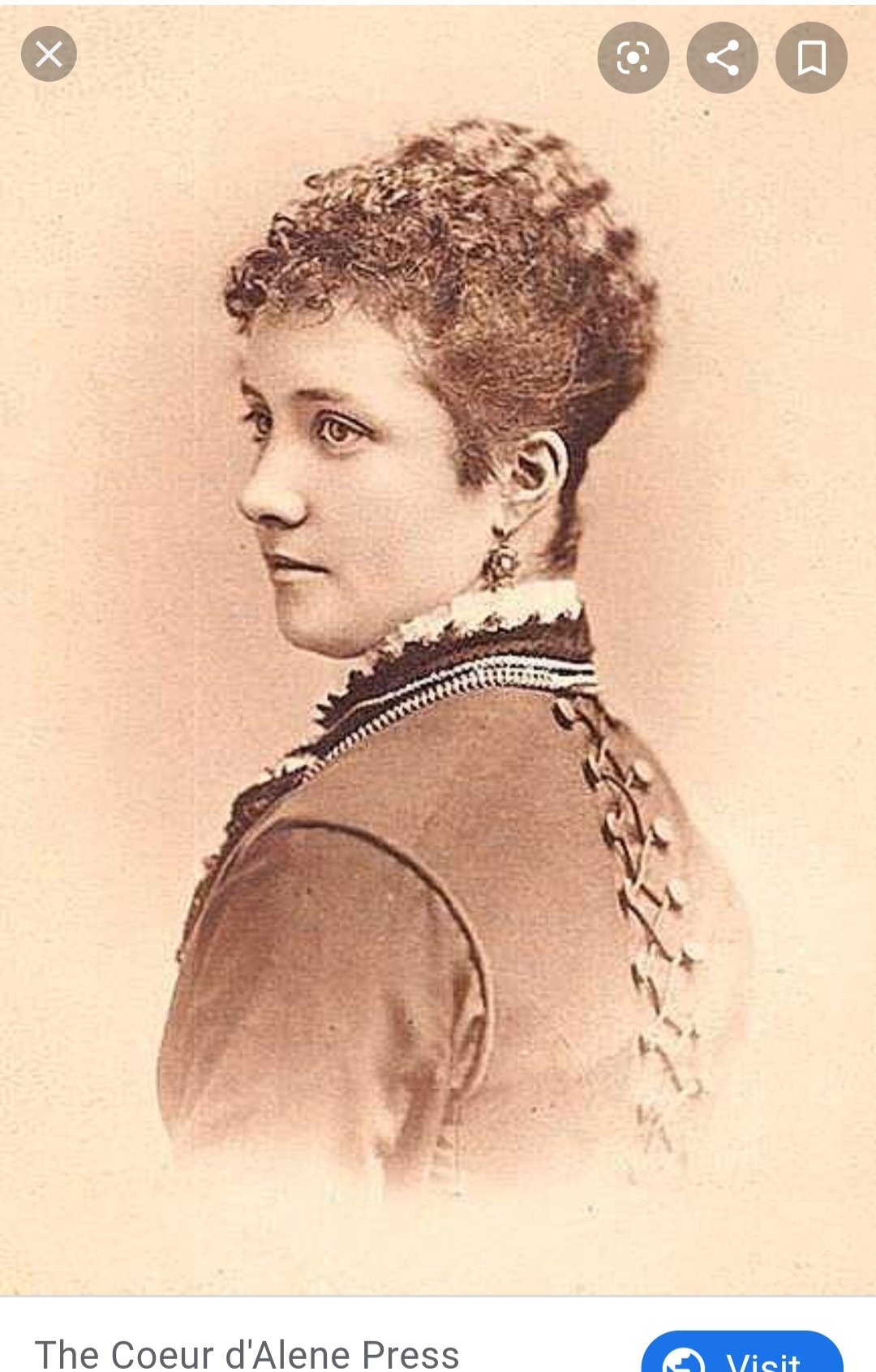 “Often I am the only woman in a crowd of two hundred or more horse dealers…Sometimes people come out to the stockyards to see in me a new curiosity, and there are a few who try to flirt or make sport of me. I just walk up to a group of such men and, looking them squarely in the face, say, ‘Do you gentlemen wish to look at my horses?’”

The Horse Queen of Idaho

Note: Her Gravestone Spells Her Name “Kitty” Which is Inaccurate; and Unfortunately, Her Wikipedia Page Also Has the Same Spelling

Kittie was the only woman of her time to earn her livelihood solely from Horse Breeding and Selling. Her other nickname was The Queen of Diamonds, in reference to her unique diamond patterned brand that flanked every horse in her herd.

Her family owned the Wilkins Horse Company which owned close to 10,000 horses at its peak. Their herd was the largest owned by a single family in the West and Kittie made the biggest sale of horses in the American West in 1900 (selling 8,000 heads to a single buyer in Kansas—the horses eventually made their way to the British fighting in South Africa during the Boer War).

Kittie’s father began taking Kittie on business trips when she was in her mid-twenties, and he quickly realized she was a natural when it came to selling horses, as referenced above.

In 1909 her foreman (who was most likely her fiancé) was killed in a range dispute. Later that same year a gold rush in Nevada led to a mining camp being built up on her land near some hot springs (her land was the best way to get to Nevada from the East). When Kittie went to build a hotel there to gain some profit from the deal a squatter claimed it was his land and the judge ruled in favor of the squatter.

After her hotel plans were dashed, Kittie moved to Idaho and spent her twilight years divvying up her wealth between charities.

Kittie always insisted on riding sidesaddle and in the latest fashions (very Victorian/Edwardian). She also opposed the push for women’s suffrage in the beginning but was very independent besides. Kittie even went so far as to detest bicycles, for two reasons. The first? Bicycles were horrible unladylike. The second? They were a threat to the horse market!

Step aside Elizabeth Taylor; Kittie was the true Queen of Diamonds.