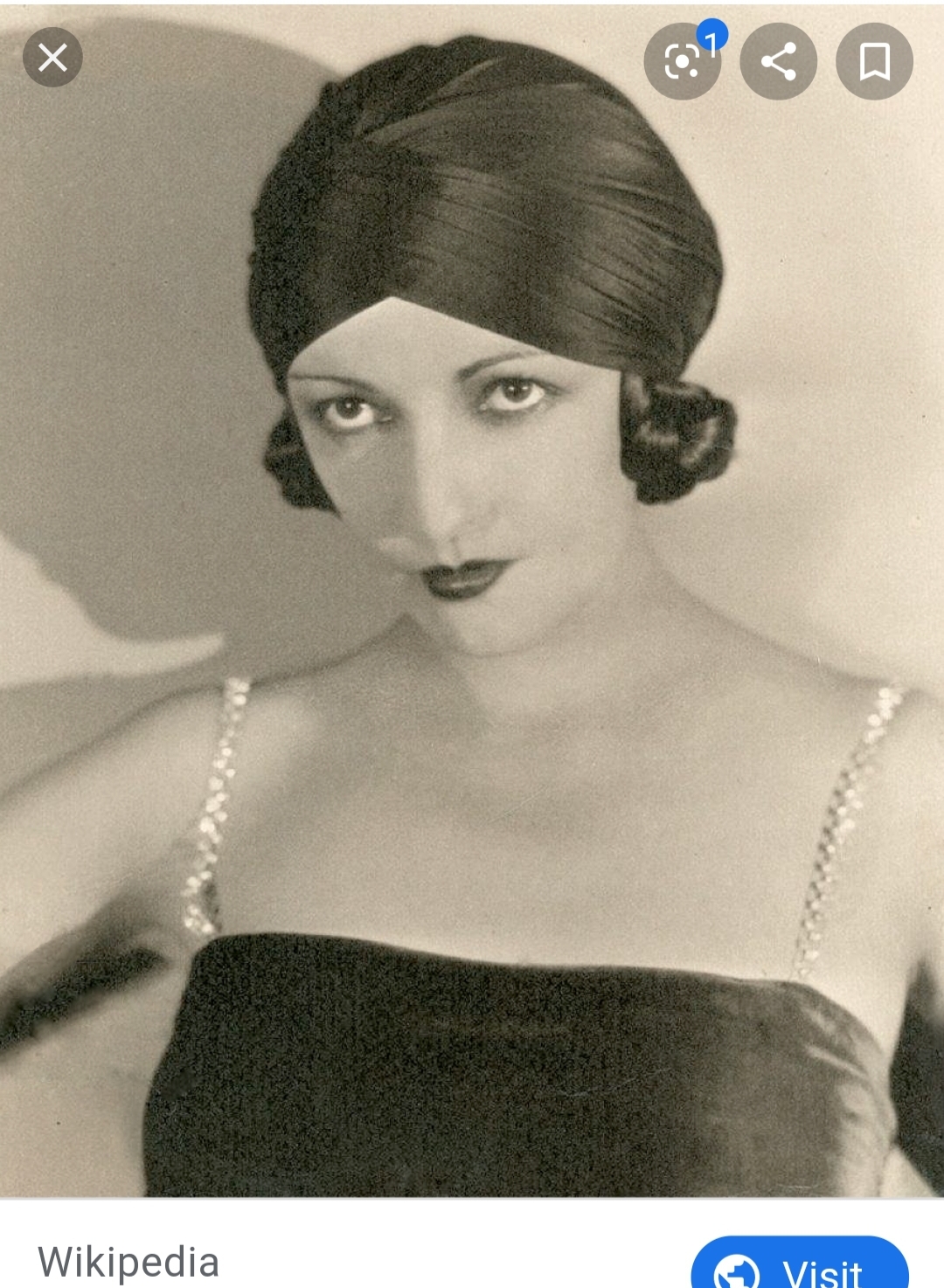 "I have been working since I was 17. Homes and babies are all very nice, but you can't have them and a career as well."

Natacha was also a silent-era actress.

When not working on movies, she was also an Egyptologist and Antiquities Collector. Oh, and she had previously been a principal dancer in a ballet company.

Natacha was the great-granddaughter of one of the founders of the Church of Jesus Christ of Latter-Day Saints, Heber Kimball. She didn’t stick to her Mormon roots long, however, and had changed her name from Winifred to Natacha before her twentieth birthday.

When she first began working in Hollywood, much of Natacha’s work went uncredited to her. Another male coworker took all the credit, and even after Natacha proved the designs were really hers, it was too late, the damage had been done. Many believe this early theft of her work has helped explain why so few know of Natacha and her work today.

Natacha’s designs were groundbreaking for several reasons. For one thing, she did her best to ensure everything was historically accurate (she had several projects that included Ancient Egyptian and other ancient cultures). Natacha also included feathers, draped fabrics, bangles, baubles, and other fun items to add to her costumes.

Natacha was married to Rudolph Valentino. The couple lived together for five years and were married for three of them. Reportedly at the time of their first wedding, Rudolph was still legally married to someone else and so he was charged with bigamy and the couple had to remarry a year later after his divorce went through. In the five years they were together, they made seven movies together. Natacha also worked as Rudolph’s manager during this time and helped him to sue a film company for mistreatment. Rudolph and Natacha would win the suit and gain complete creative control over their future works.

Despite working on many movies as a set designer, costume designer, and even producer and writer at times, Natacha was labeled by some as the most disliked woman in Hollywood at the time. She was too artistic, too weird, and was considered by many to be ruining Rudolph’s career by dragging him into her avant garde productions as well.

In 1925, Rudolph signed a new studio contract that stated he could only work if he removed Natacha from his career. Obviously, this upset Natacha and the contract was a contributing factor in their divorce proceedings. However, less than a year later Rudolph was dead, leaving the whole thing a moot point.

By 1928, Natacha left Hollywood entirely. Natacha began working as a set designer and actress for stage productions and also pivoted to writing as a journalist. She even operated her own clothing store for a time in New York City. She got remarried in the 1930’s but was divorced by the end of the decade. Reportedly both of Natacha’s marriages ended, in part anyway, because she did not want children and her husbands did.

In the 1950’s she actually became a published scholar in the field of Egyptology. Natacha had first traveled to Egypt with her second husband and quickly became interested in the field. She published articles, gave lectures, and was given grants to continue her studies on Egyptian symbolism and mythology.

When she died in 1965, reports state Natacha’s mental health had declined from malnutrition. Despite everything she had accomplished in her life, her death certificate reportedly lists her occupation in life as “housewife,” according to one source.